Joe Deane: I'm not sure if there would be room for me in the modern game

During my inter-county career, all I wanted to do was play ball. Towards the end, tactics were becoming more and more important. Inside in meeting rooms, around a board with counters on it for hours, talking and talking, certainly wasn’t my scene. Just let me out and hurl.

I can only imagine the level it’s gone to these days. When Jimmy Barry was involved with us in the early days, he’d set up three-on-three across the field and we’d just go over and back, and we’d love it. Just smacking the ball over and back across the pitch, good first touch, speed of movement and striking and then play a bit of a game. It was simple but the best in the world.

Jimmy’s tactics were simple: just play hard and fast, move the ball to the inside line as quick as possible. Everything was at pace, everything. The way the game has gone now, it’s incredibly tactical.


I had an inkling to go back hurling this year but with four kids, it’s hard to find the time between bringing them to the different sports they’re playing. They’re into so much, and playing on is virtually impossible considering the commitment involved these days even at club level. 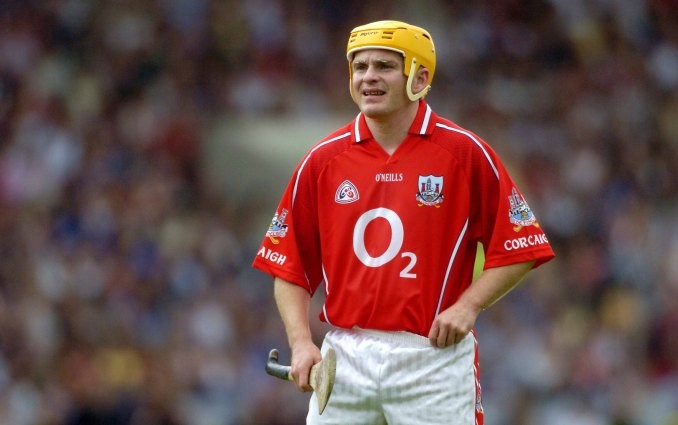 The last time I played was two years ago aged 38. Hurling has moved on a lot since I finished up with Cork in 2008, and of course I miss it.  The camaraderie, the craic, definitely the competitive edge in training and matches, even just that feeling you get after a good session.

The type of player I was, I’m not sure there’s room for in the modern game without a significant adaptation to the role you would have in the team. A lot of the smaller guys now play out the field! I didn’t really go to the majority of games after I retired but the kids are getting to the stage now where they are getting interested and we have had a couple of great days out already this year, and to be fair nothing beats being there.

Those Kilkenny-Tipp games in recent years were incredible and so too were both the Cork-Clare finals in 2013. I enjoyed them hugely. It’s funny though, I often look in and think I might still be able to play, even now at my age — but I’m sure all past players think the same until they go and try and find a pair of shorts that fit!


There are some great players around now. TJ Reid and Richie Hogan are incredible, and I love how Hogan can put it over from anywhere from either side once he gets a yard. Noel McGrath just does things with such ease. Whereas he’d gently flick it over from the sideline, I feel like I’d have to stand there and flake the ball from the same spot.


Bubbles is another lovely hurler, you’ve Seamus Callanan too, Padraic Maher, Tony Kelly. Conor McGrath has that speed and ability to go past lads. I like some of this Galway team too, the likes of Daithi Burke and Gearoid McInerney have really added a bit of steel to the team.


Cork have some excellent young players coming through like Shane Kingston, Mark Coleman and Luke Meade and a lot of them are only 19 or 20. We’ve needed to find a bit of depth to the squad, something to bolster the class we have with Seamus Harnedy, Conor Lehane and Patrick Horgan who have been very good in the past five years. Hopefully guys of the same quality start to come through to the squad year on year.


The thing is, it takes time. A lot of our younger players haven’t won underage what the likes of Austin Gleeson and Co have with Waterford which has given them phenomenal experience and confidence of playing on the big stage on a regular basis.


The other thing is that the Cork county board splashed a huge amount of cash on the new Pairc Ui Chaoimh — which will be fantastic — but I think some of the funds should have been diverted elsewhere. I was talking to Gooch there at an AIB GAA function recently and he was telling me about the €8m Centre of Excellence they have in Kerry and the amount of pitches they have as part of that. 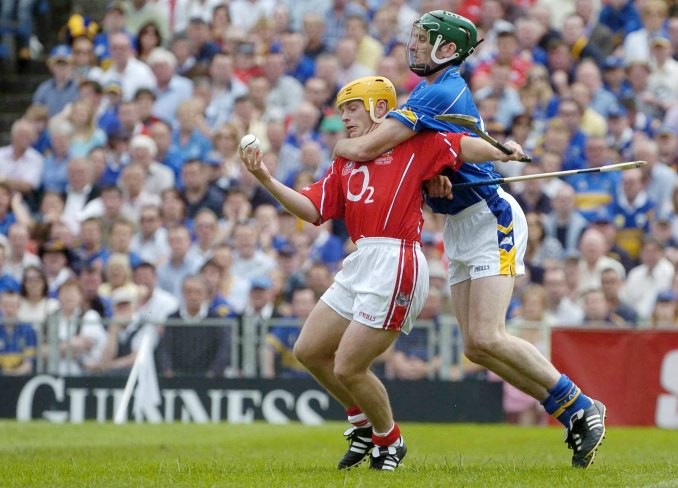 The Pairc will have just two pitches, which is a shame because so many underage teams have to go all over the county to train. I’d like to have seen some of the stadium money used on pitches to develop players.

I’m surprised I don’t run into more of my old Cork teammates than I do. I might see John Gardiner, Sean Og, Fraggie or Tom Kenny in town, or speak the odd time on the phone to Donal Og, but people are busy and you have less and less time. You move on from the scene too. That’s life.


We had incredible days, those Waterford games during the mid-noughties, the Kilkenny games. The balance of power is different now but luckily I spent most of my career on the winning end of things against Tipp. I remember Tommy Dunne scoring a couple of goals when we beat them in the 2000 Munster final, and 2005 down in the Pairc was another memorable occasion. The latter was a baking hot day and we went well ahead before half-time, but then they nearly pipped us for a finish.


This Tipp team have a proven ability. Ronan and Padraic Maher set the tempo at the back and deliver great ball in for Callanan, the McGraths and the likes. We need to cut off supply and work very hard, and we may have to set up defensively too.


I know last year we went with the sweeper and it didn’t really work out but that’s probably because Tipp have been so good. We just have to hope Tipp don’t fire on all cylinders and we produce a performance that I know is in us — but we have to get out of us on the day.


Down through the years, Tipp have always brought the best out of Cork and I know that when I was playing, as soon as you put on the red jersey, you always felt you had a chance on any day no matter who you were playing.