Preview: New York could be a Banana Skin for Sligo

New York’s Vinny Cadden was named man of the match one year ago when Roscommon had a bite taken out of them in the Big Apple.

The Rossies won by as little as a single point, and couldn’t get out of the Bronx quickly enough.It's not an easy place to play, as anyone who's played there will tell you. That field itself is an unforgiving place when the heat is on; when it hits 100 degrees, the rubber on the synthetic field comes alive and you feel the warmth up through your boots. If the crowd gets a sniff, there's the added element of a pressure cooker. 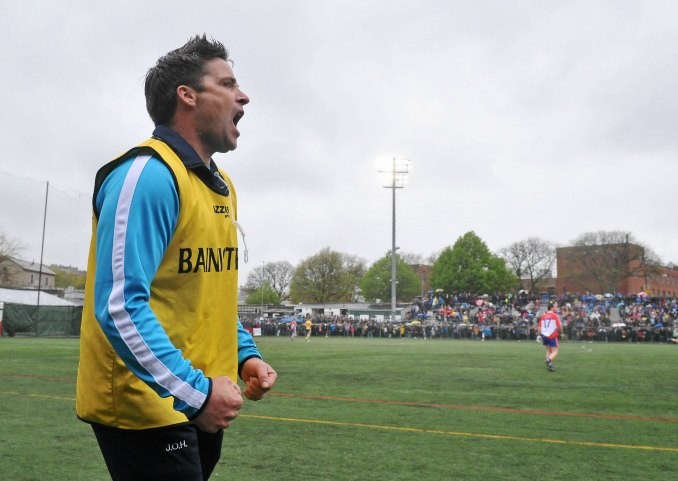 For manager Justin O’Halloran, building a cohesive team that is used to performing against top opposition is a luxury he is not afforded.Each time New York put the pieces together, the script is ripped up. Put another way, just four of the 15 that sent sweat rolling down the small of Roscommon backs will start this weekend.

One hurler, Danny Sutcliffe, has taken over the number ten shirt from another, Johnny Glynn of Galway. The St Jude’s man is an exceptional athlete, as direct as he is ready to take on a scoring chance.Whether that quickly translates to football is the question to be answered on Sunday, with just a challenge match against Donegal two weeks ago truly preparing him for this challenge.

Wicklow man Conor McGraynor is a powerful forward, while centre-back David Culhane was previously earmarked for a bright Kerry future.

As a Westmeath man, Keith Scally explained to this writer a couple of years ago, the challenge of bringing it all together are everywhere.

“Probably the biggest difference year to year is getting used to a new team,” Scally said.“There’s a big turnover of players.“Every year you don’t know who is going to be in the dressing room beside you. As regards the standard and stuff you even notice in the last few years it’s after improving big time.“The standard out here is - some Championship Sunday’s it feels on a par with what you’d be playing at home.” 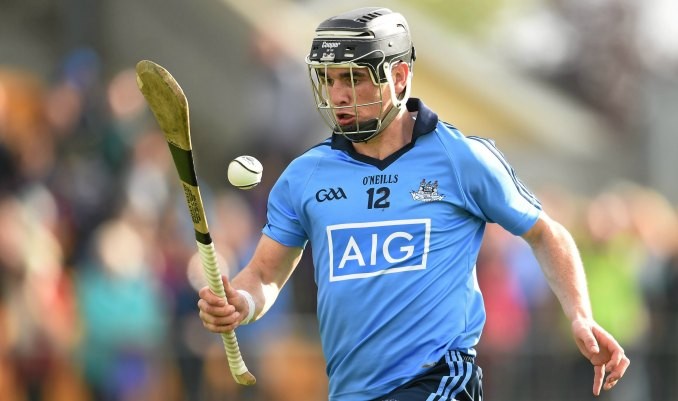 Aidan O’Shea has faced some tough foreign jaunts in the past. They were taken to extra time by London in 2011, so the Breaffy man knows a banana skin when he sees one.Tom Cunniffe, his former Mayo teammate who has won five Connacht titles, also played in that game and is now part of the Exile defence. O’Shea is well placed to size up the likelihood of a shock result at Gaelic Park.

“Yeah, I think it’s a funny one but it’s a bit of an unknown for both teams. I know from playing the London and New York games, if they get a sniff or some momentum, it’s very hard to stop it,” says O’Shea.

“If Sligo or anybody is any way complacent, they feed off it and all of a sudden it’s a carnival atmosphere. It’s very strange, surreal compared to any other game you’ll play.

“People keep saying it’s going to happen some time. I hear Niall Murphy and Kevin McDonald aren’t playing and they’re two big players for Sligo, but you have to think Sligo will get the job done. They’ve a good Under-21 team again this year, have some good talent coming through.

“Tom will obviously add a bit there. He’s played a lot of inter-county football for Mayo and as I said, it’s all about on the day.

“If they get a bit of momentum going, similar to what happened last year with Roscommon, they just seem to feed off the tightness of the game.

“Roscommon were probably panicking a little towards the end thinking they were out of the championship.

“So yeah, I haven’t looked hugely into the New York team but there’s always that possibility of a surprise. Still, if Sligo start well I expect them to see it out.”

Expectations are an evil thing, so Sligo will have to be on high alert.