Kieran Hughes is the latest player to come out swinging over the black card. After months and months of tough training, his opening championship game of 2017 was ended inside ten minutes because of a tangle with Fermanagh’s Ryan Lyons.

It seemed a relatively innocuous incident, a tangle where Hughes was deemed guilty of a foot-trip, but a black card and a forced substitution seemed an incredibly harsh punishment for such a minor crime.

"It's not just me,” said Hughes afterwards speaking on the SportsJoe.ie GAAHour podcast. It's going to happen again next weekend and the weekend after it and the year ahead.

"You have the like of Gooch (Colm Cooper) and these boys on ‘The Sunday Game’ - it's deadly to see them - but they're going to be talking about black card incidents all year. You don't want.

“You want them dissecting the game, talking about tactics and the skill of the game, not wasting our time talking about a card that should be completely irrelevant in the GAA."

Hughes makes an important point, and of course he’s not the only one saying it. The question it begs is this: what is the answer?

First of all, what do we know? Well, the more punitive the measure, the less likely players are to step out of line. If you're going to do the crime, you’ll do serious time. So rather than lessening the punishment for cynicism — and it can be argued that Hughes’ was not, more lashing out when he felt contact — perhaps it makes more sense to change the punishment.

In the heel of the hunt, almost all fouling is done to stop scores, so the solution is to penalise cynical fouling on the scoreboard, by giving a penalty for a clear cynical foul. 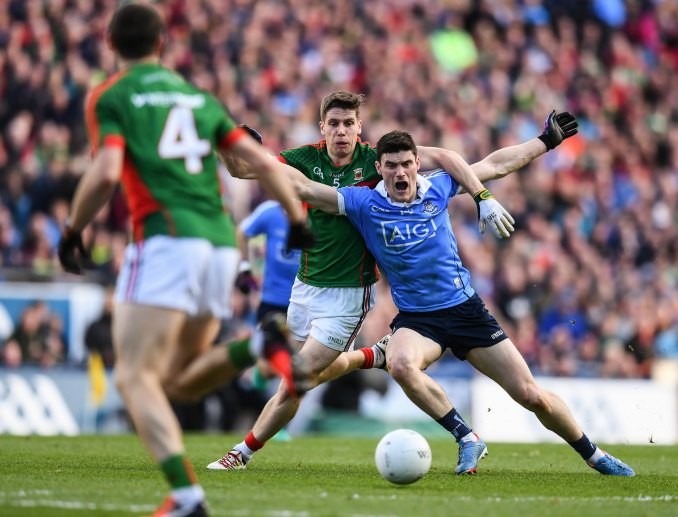 It’s a radical approach but, overnight, players would have an attitude shift. They would be on their best behaviour and not just for 65 minutes, after which point players seem happy to take a black card for the team.

There will be some wrong decisions, as will be the case with any measure introduced, players will try to con the referees, but overall it has merit. Rather than ending a player’s game, the team is punished.

Akin to the army cadet who is unable to complete an assault course, the remainder of the unit are put through pain over it.

But what do the players think?

“I wouldn't go that hard,” says Aidan O’Shea of Mayo. “In AFL if there is a mark or a foul and they throw ball back and it’s not to the player’s hand, it’s brought up 50 yards.

“If you run the ball up 50 yards from most parts of the field, that’s a scoreable free for all your top scorers. You could definitely say a free from the 45 and all of a sudden, if you’re against someone like Bryan Sheehan, you think ‘I can’t foul’ or I’m conceding a point.

“The reason for a cynical foul is to get men behind the ball to lower the possibility of conceding a score, so if you foul and they’ve a free on the ‘45, it's a different ball game then.

“They’re are probably better ways because with squads so big, a black card doesn't matter anymore.”

Patrick McBrearty told us recently that he would like to see the game changed to 13-a-side, explaining how much more space there is for attacking football. He came up with the suggestion after we asked for his thoughts on the black card.

As for a penalty in place of the black card fixing the problem: “It could, but if a big penalty decision was made in a championship game, I think it would be absolute mayhem. I just think they should make it 13-a-side to be honest.” 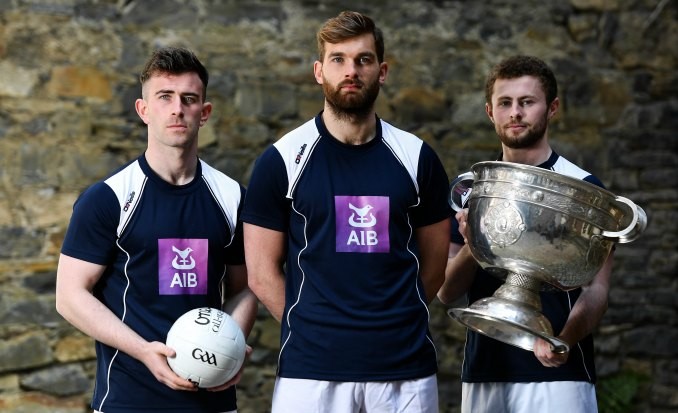 Dublin star Jack McCaffrey is one of the best attacking wing-backs in the game, and was named Footballer of the Year in 2015. He has been one of the beneficiaries of the black card, as the blight of body-checking runners has all but been removed from the game.

“To be honest, I think the black card has worked a bit in that you do see less of the off-the-ball stuff, and the cynical fouling,” says the Clontarf man.

“I don’t know about a penalty for every cynical foul, there’s probably too much personal interpretation about what makes a cynical foul. The thing I see, and this is probably mostly from watching club level is, two lads tangle and one lad goes down and it can go the wrong way.

“As long as people remember it’s for something cynical, and that word is the key. I think it’s quite good, to be honest. I know it has its detractors and there’s been some iffy calls, but referees are trying their best with very little help so I think it’s been an okay addition.”

As ever, it’s an issue that splits the room.