8 great fundraising ideas for your club

Fundraising is an everyday reality of clubs across the country.Money doesn’t grow on trees and usually it’s down to the hard work of committed folk in the parish.

Without funds, teams would want for facilities, equipment, or the many other things needed to give the club every chance of success.There are a variety of ways to raise funds, and below is a list of some that you can take to your club.


GOLF CLASSIC
On Saturday May 13, I went down to Thurles golf course where Borris-Ileigh GAA — my native club — held a golf classic. The guts of 80 teams played over a couple of days and it was a hugely enjoyable experience for all involved. I played with my brother and one other guy from the Borris’ club, and the time flew by — so this element of fun makes it an excellent approach. It’s a model copied across the country and with the use of a good course, some strong organisation, and getting word out there, it can give the coffers a huge boost. As for hacking around the course and making more divots than birdies, well that’s down to you!


TABLE QUIZ
It’s another really simple idea and preys on people’s love of a good quiz. Eight rounds of six questions should be about right to get through it in a decent amount of time, but also enough to challenge people. Themed rounds can be fun too — especially questions based on the club or the good folk in it. You also can add in the variety of sound and picture rounds. Annascaul GAA club in Kerry ran a table quiz at the end of March this year.


SHOPPING PACKING
This can help create a goodwill in the community, having some of the members packing people’s shopping at a local supermarket. Bring along a collection box and customer’s will generally contribute a little something to the cause. 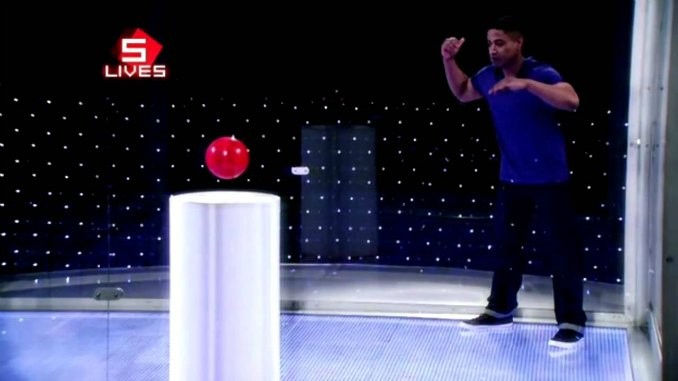 THE CUBE
Based on the excellent gameshow hosted by Philip Schofield, the goal is to complete a series of seven games, each of which awards an increasing amount of prize money, before failing a total of nine times. Games are pre-selected for each individual contestant before the show to test their mental and physical faculties in various ways. Different clubs will have slightly more or fewer rounds, but the idea remains the same. Eadestown in Kildare and Roanmore in Waterford have gone down this route — a highly entertaining evening.

LIP SYNC BATTLE
In November 2015, Park/Ratheniska and Shanahoe Ladies clubs in Laois came together to host an exceptional night at the Heritage Hotel. A lip sync battle, for the uninitiated, involves an act going up on stage to mine and dance along to their chosen song. Usually it requires assuming the identity of the artist, though some contestants put their own twist on it. The ‘Bang Bang Brothers’ did their best impersonations of Jessie J, Ariana Grande and Nicki Minaj en route to winning the battle that evening in Portlaoise. In 2016, a man named Adrian Brereton — who had previously been on Operation Transformation — embraced his inner Miley Cyrus as he climbed aboard a Wrecking Ball and lip-synced a song of that very name — all for the benefit of Edenderry GAA club.

TAKE ME OUT
A very simple idea, but again it needs time to prepare. You need the right host to take on the role of Paddy McGuinness, because charging up the crowd helps make the evening. Then find a horde of single guys and girls, and get into the ‘no likey, no lighty’ spirit of things. Raheny and St Finian’s GAA clubs in Dublin have had success with this idea.

CROWD FUNDING
In 2015, Cuala hurlers opened for a crowd funding approach whereby they asked the public for donations. The public could bid on different items, such as dates with a couple of their available players, signed photographs, training sessions for kids, nights away, and signed Dublin shirts.