Imagine walking into a bar in Limerick with your friends and seeing on the Six O’Clock News: “Breaking Sports News: Kerry GAA Player Fails Drugs Test”. Then the same again at Nine O’Clock. The sweat rolling down your back.

Imagine walking down the street and having to bite your lip and walk away because someone says “you’re a drugs cheat”. Think, for a moment, about being in the Garda Siochána, and your name is in the paper with the words ‘... first GAA player to fail a drugs test’ beside it, and your bosses wondering what’s going on. Having to walk in through the front door of your house, and your family panicking, praying for this to go away.

Imagine trying to explain to people that you had not taken Salbutamol when you didn’t know what Salbutamol was. For Brendan O’Sullivan, he has served a ban for a substance that most of us have never heard of, can’t pronounce, and had to Google when we read it.

Paul Kimmage and Marc O Se were on the radio the other night debating it. Paul does great work digging into doping in sports and exposing cheats. The Sports Council were saying it wasn’t Brendan’s fault and he’s served his suspension. This lad has to go back to work now and what's gone on is not fair on him. What I know about this lad is that he’s someone you’d want on your team and he doesn't have a bad bone in his body. I don’t think it’s fair for the likes of Paul to be commenting on amateur players like this on the radio. Leave the person himself come out first.

The thing that I was most peeved about when I failed a drugs test back in 2008 was that it was leaked before I was even rang. I wasn’t told you need to come up here to Croke Park for an inquiry, but instead it was in the paper. That’s wrong beyond belief. In the space an hour of it being released, I got a phonecall saying who the story had been leaked by. Now I’m not going to say who it was but that was one of the most disappointing things -- but I will say they had contacts in the GAA and the Sports Council.

The whole episode was so avoidable and that’s the point here: this latest media storm was avoidable too. Allowing a situation where the story ends up being leaked ensures it spreads like wildfire. 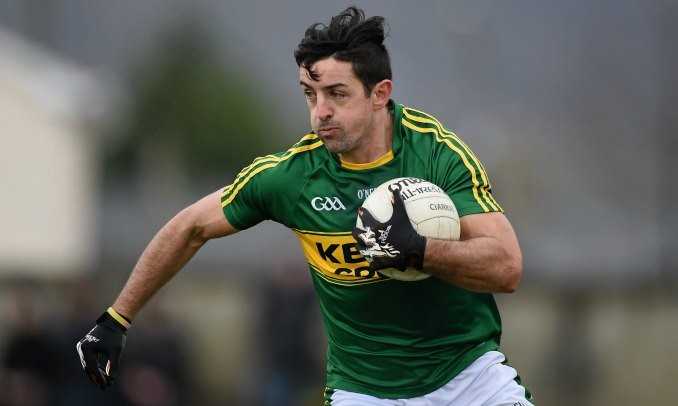 My own case could’ve been sorted on day one. When it came out that it was Salbutamol, someone said to me right away that that could be the inhaler, so I thought “Jesus that makes sense”. I’ve been an asthmatic since I was eight years of age, back when I used to have to go to the hospital in an ambulance, and I feel very lucky that I was able to have a GAA career. Without the inhaler, a lot of people would not be able to play. I don’t think it enhances your performance and yet that was being thrashed out left, right and centre. It was a strange case.

I’m not looking for pity now, I’m fine, but I just thought it was ridiculous being dragged through it for six months after which I was told there was no case to answer, which I was telling them at the start myself. Being dragged up to Dublin, booking into hotels for a half an hour just to change into a suit, and paying myself, and I didn’t know what I was facing. When there were two-year bans being held over me, and being the first GAA player to fail a drugs test, the Kerry County Board were the only ones really who helped me out.

It was the first case ever and they went gung-ho after it for their own reasons. I don’t know what they were doing but it backfired. For a finish, it made me a lot stronger than I am but I was close to walking away. There was a bill for €30,000 for that whole mess which could’ve been sorted out on one day, and the Kerry board had to pay heavily into the coffers to defend me. Obviously I didn’t claim my expenses that year!

If Brendan O’Sullivan had saved someone at the weekend, there wouldn’t be much about it. But these negativity stories rip through the country like a tornado. Now obviously I’m not condoning people taking drugs but I know the young lad and he’s not one of those players. I’ll stand over that. Again, I’ll add that the players need to be protected.

Like, imagine waking up to 98 missed calls on your phone, and 60 messages on top of it, as I did nine years ago. No doubt Brendan’s phone was overheating the Sunday morning the story broke.

I didn’t have to deal with social media back then, where everyone is throwing their opinion out there. Just imagine that. Imagine your team-mate, friend, cousin, daughter or son going through this. No one should have to.

The GAA need to find a better way to ensure amateur players are not held up to such scrutiny and are not exposed in the media in such a manner. We need to protect our players so they don’t also start thinking about walking away.