Breaking Kerry's Munster dominance would be a sweet one

O Se joined Nemo Rangers a couple of seasons back and played in the same side as Kerrigan when they narrowly lost a Munster club final to Clonmel Commercials.

The 2004 Footballer of the Year watched the Rebels scraped past Division 4 side Waterford in the opening round and was far from complimentary of the manager, saying: “I have no doubt that Peadar Healy and his management are good GAA men but I'm not sure are they up to the job of leading this team.”

O Se made his observations on the ‘Sunday Game’, whose analysis of Diarmuid Connolly’s brush with a linesman was zoned in on by Pat Spillane. All of which contributed to Jim Gavin providing no one-on-one interviews with broadcast media after the Westmeath win.

“It was shown on the ‘Sunday Game’ game again at the weekend how far opinions can go, when they were on about Diarmuid Connolly with Pat Spillane,” says Kerrigan.

“Tomas is there to give his opinion, that’s what he’s there to do. At the end of the day, Peadar was an All-Ireland winning coach with us in 2010.

“There’s not too many of them out there, especially in Cork, so we consider ourselves lucky to have someone like Peadar training us.

“He has a wealth of knowledge and maybe being a manager is a new role for him but I think he’s done the right thing and has very good people around him.

“All good business and sporting organisations have that these days. That’s how I look at it. Peadar has a big team around him but once we cross the pitch, if we don’t perform, we have to look at ourselves. That's how I was brought up and I think that’s how most fellas look at it.”

Since that Deise win, the Leesiders also managed to claw their way past a Tipperary side that had beaten them in 2016. Conor Sweeney tapped in a late goal to put the Premier in front but Luke Connolly replied immediately to send Cork through to Sunday’s Munster final. 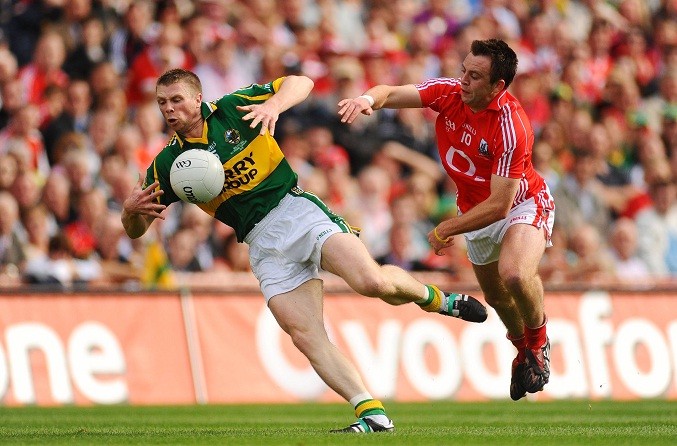 Kerrigan went on Red FM the day after and said of the Kerry pundits in the media: “Yeah, they kind of have a monopoly on the sportswriting and on telly. It suits them to have a cut off us all the time.”

“Ah no, nothing at all,” he says of the feedback since. “That was a 20-minute radio show and that was literally a joke between myself and the lads there, just a bit of craic.

“It was literally one line that came out. No nothing from it. Maybe the whole thing with Diarmuid Connolly came out soon after so that took more of the limelight.

“With social media and all that, things just accelerate and the life cycle for stuff is over quickly.”

Kerrigan turned 30 in December and is now heading for a seventh anniversary of his sole All-Ireland win in 2010. Perennial challengers at one stage, the Rebels finished fourth in Division 2 this past spring and are underdogs as Kerry chase a provincial five-in-a-row.

From where the pacy forward started out his inter-county career, it hasn’t gone quite as he might have imagined.

“Oh yeah. We won four leagues in a row, a couple of Munsters, All-Ireland semi-finals nearly every year — you’re thinking you could win two or three All-Irelands.

“Around the time there had been five different All-Ireland winners in five years, so it was fairly competitive. Tyrone in 2008, Kerry in 2009, ourselves in 2010, Dublin in 2011 and Donegal in 2012 — it kept changing and was competitive, and Mayo were knocking about as well.

“At the time, you think it’s going to last forever but we’re at a different stage now but for me it’s still exciting. We’re going down to Killarney, and even when we were stronger, we were still underdogs.

“I never thought I’d be back playing Division 2 but last year two out of the provincial champions came from Division 2. So it’s getting competitive again.

“It would be a really sweet one if we could do it because this team has been under a lot of pressure,” Kerrigan says of Sunday’s Munster final against Kerry.

“To break that dominance at the weekend would be a really sweet one. You’re right, one Munster final in particular in 2014, they gave us an awful hammering which was one of the worst games I was involved with.

“Sooner or later we have to try to break that dominance in Munster and get that bit of confidence going forward as a result.” 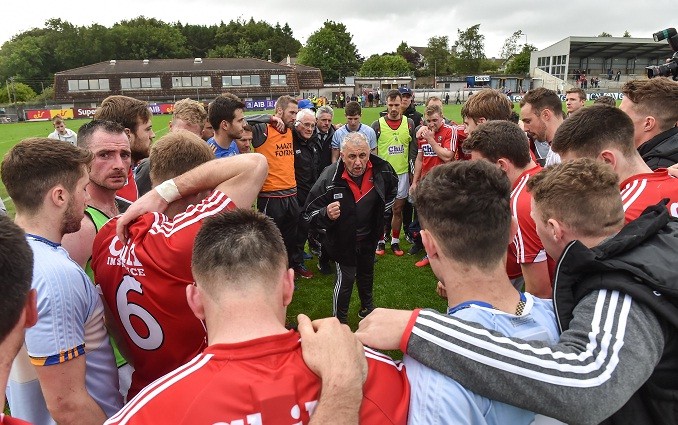 Scraping past Waterford and Tipp — two counties lacking any huge recent tradition — hasn’t quite changed the mood in the county but there are signs of recovery.

“It remains to be seen. Over the last couple of weeks in the championship, teams generally when they pack defences the scores aren’t as high.

“In the Waterford game, there were very few people at it and we got slated for that, but they literally had 15 people behind the ball. Tipp packed their defence an awful lot.

“Like we had 100% on our own kick-outs from the two games, do you know what I mean? Just because both teams generally conceded it and retreated and it comes then to your ability to break that down.

“There's been numerous examples of teams playing against sides a couple of divisions up and packing their defences: Antrim against Donegal, Carlow did it fairly well against Dublin up to half-time anyway, and so on.

“The main thing was needing to get some wins, I’ll take anything. The last ten minutes against Waterford were tight, I never felt we were going to lose but we got something out of it because we were down to 13 men for a bit.

“Kept the ball, kick our scores, and held onto it when we had to. Even when Tipp got a goal, I felt we would’ve got two points to draw the game if we didn’t get a goal in reply.

“I would've taken that out of those two games and they're two wins, and I would’ve bitten your hand off for a Munster final at the start of the year and that’s where we are.”