Success follows Cian O’Neill everywhere he goes, but you get the sense he may also be dragging it along by a leash.


Having first joined Tipp in their breakthrough Munster-winning season of 2008, O’Neill has now been a key facilitator of seven provincial crowns across two sports. Now, in his second season with his native county, the Lilywhites, he is aiming for yet another title: the Leinster football crown.


That would be three of the four provinces ticked off, with Munster in both codes. His roles have changed over the years. He started off as a coach and trainer with Limerick under Kingdom legend Mickey Ned O’Sullivan for a couple of seasons before taking on a role with a Tipp side looking to re-establish itself under Sheedy.


Little surprise when the Premier went from a poorly prepared team to Munster champions on year one, All-Ireland finalists for the first time in eight years in 2009, and then champions in 2010. Remaining on for one year under Declan Ryan, Tipp retained the provincial crown and came up short against Kilkenny in September.


Speak with any of the Tipp players and O’Neill’s work is lauded. The Moorefield club man’s own playing days were cut short by a back injury but he has tooled up away from the field. After a stint in UL, he is now the Head of the Department of Sport, Leisure and Childhood Studies at Cork Institute of Technology.


After Tipp came Mayo under Horan. He helped them to a Connacht title and an All-Ireland final, one where an early scoring burst from Donegal presented too wide a gap to bridge. Job opportunities came O’Neill’s way frequently and he estimates that between ten and 15 were offered since 2011.


When O’Neill decided to throw his lot in with Mayo in 2012, it summed up the obstacles being placed in front of the team even now. Dr Ed Coughlan has since been involved with the Connacht side and spoke about how the huge commute between Mayo and where their players are situated — often in the capital — hurts their chances.


For O’Neill, that role meant getting home from training at 1:30am at night and being up for work at 7:30. Moving to CIT and taking on training with Kerry in Killarney meant just an hour’s commute, and a more manageable balance.


For the Kingdom, his first season coincided with regaining the Munster football title, and year two it was retained. Later that season, now also as selector, he was to come up against the same Mayo group he had been involved with under Horan. After a replay in Limerick, Eamonn Fitzmaurice’s men made it through. 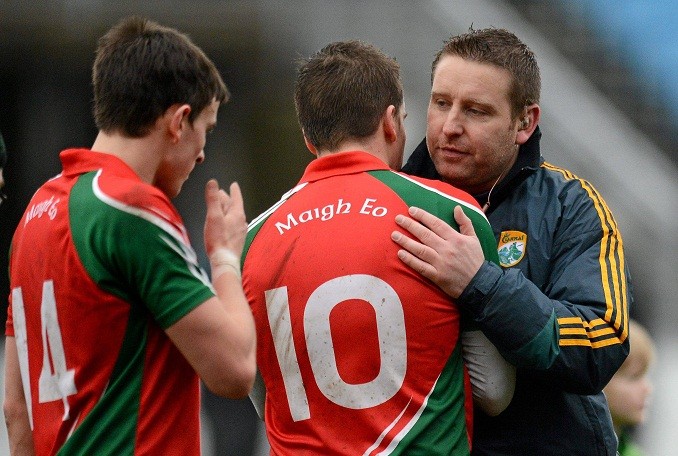 It was at that stage that the Moorefield man had completed the distinguished feat of preparing teams to win All-Irelands in both codes. “It's fantastic that it happened but I've never thought of it that way. For me if you're working with a group of players, that's your sole focus. It's not about where you've come from or where you're going, it's the moment. It's nice but it wouldn't be the driving point for me.


“On a personal note, I was the physical trainer or athletic development coach with Tipp and that was a defined role as such. Then you had the management team who I worked closely with.


“The relationship with the players and the group of warriors you work with is no different at all.”


So after turning down so many jobs, the progressive coach and selector was finally tempted into management by his home county. Year one was a building block, getting a defensive structure in place after a couple of seasons where they had been conceding heavily. Now they're pushing on.


For a county that had been losing players to the AFL. Daniel Flynn and Sean Hurley — who is working through injuries with his club Johnstownbridge — are home while Paddy Brophy has returned from a stint with the West Coast Eagles. In many ways, Kildare football has never looked so good in recent times and that was rubber-stamped with a convincing win over Meath in the Leinster semi-final.


Now it’s all about getting his team to peak for a first provincial final in eight years on July 16. “I don't think it's particularly difficult. It's about protecting the players from all the sideshows.” Given his CV, no man seems more qualified to bring the best out of Kildare.