Dean Ryan dishes the dirt on who is always pushing their profile on Instagram and who is the worst dressed on the Clare panel.

That's just the tip of the iceberg in our latest Q&A.

Tommy Walsh of Kerry. We played them in a challenge game and I was Under-21 at the time. He was full-forward and I was full-back, he was impossible to mark, just his size and the speed he had back then. It was before he went to Australia, he just gave me a torrid time of it in Tralee. A night I wanted to forget.

I'm going to have to stay on the same path, Kerry. It's their dominance in Munster forever really, what we're striving for. To win a Munster championship and beat them is definitely something we'd be aiming for.

Under-21 actually, I won a hurling championship with the club (Eire Og). It was all my friends that I grew up with and it was the first thing we'd won in the club for years, football or hurling. A great couple of days.

That would have to be my mother. She goes to all my games no matter where it is. London in the league a few years ago, madly enough. She travels a lot and is always there to support me.

Paul Galvin, just his work rate, attitude and commitment, along with his footballing abilities. A player you'd have in any team.

One I've seen is more zonal marking in terms of kickouts. Something I've seen people opt for against Dublin, especially the short ones. Forwards go zonal instead of tracking men and being pulled around. I see it coming from a half-back and full-back line position. It's tough to play against but there are ways to beat it if you work hard enough. It's something we've seen in the past year or two and we've had to adapt to it, because we do take a lot of shorts ones to build from the back. 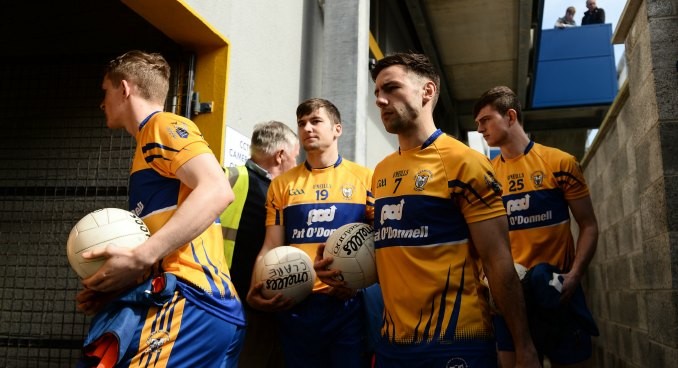 (Struggles to come up with one)

So it's been all good?

No it hasn't been all good! We had some near misses in some big championship games. I remember my first year we lost to Kildare, that was a big disappointment now that I think of it. We were 12-6 up in the qualifiers and had just been promoted from Division 4, our first time, and we lost 13-12. We had done so well in the league and were looking to push on. We were beating Kerry at half-time in Ennis in Munster but lost out. We wanted a big push in the qualifiers against Kildare who were going well but we imploded. Thankfully we've kicked on since.

Which player has impressed you so far in 2017, from any team?

I'll stay close to home on this one. Eoin Cleary, corner-forward on our team and Conor's brother (centre-back on hurling team), he's kicking four or five points a game and has really improved. He will be a massive target for us.

it would be with Clare, probably Gary Brennan. He's not a lad that will raise the roof with a speech but he says the right thing at the right. When he speaks, it's because he has something to say, not just for the sake of it. He grabs the attention of the dressing-room, and especially at half-time he's the go-to man. He has that calmness but he drives you on, gets you going.

The year we got promoted from Divison 4, we went to Bere Island just off Cork. I remember we got the boat over and just got off it, we all had gear bags, and there were a couple of army lads waiting for us and you just had to start running, no matter what clothes you were wearing or what footwear, that was it. We ran a couple of 'K' to get to the army base first, so that was a great warm-up. Now it was savage for what it did for the team in terms of bringing us together and setting up the past couple of years but, if you were to put me back there again, I don't know would I stick it. Jesus, some of the stuff, it's a tortuous island and there's nowhere to hide. There's nothing to do, nowhere to go, that's it. You have you and your teammates, that it. We were on the bus down and a bag was being passed along the back of the bus, all your phones went in and that's it. You had no outside world for the three days we were there. It was torture but it was brilliant for us. There was a bit of a mountain there, we did a bit in the water which was lovely in January, running in the muck and s***, an army assault course one of the days. There were no TVs, no phones. We had meetings, one that went on for a couple of hours, and that was the start of our journey under Colm Collins and we got together, had a meeting that went on all night, and set out our standards and what we were going to achieve. It was massive.

Joe Hayes. He's getting a bit old, close to retirement, so he always wants to get in with the cool kids. Any jokes or things that are happening, he's always the one starting them or wants to be seen as the funny man. 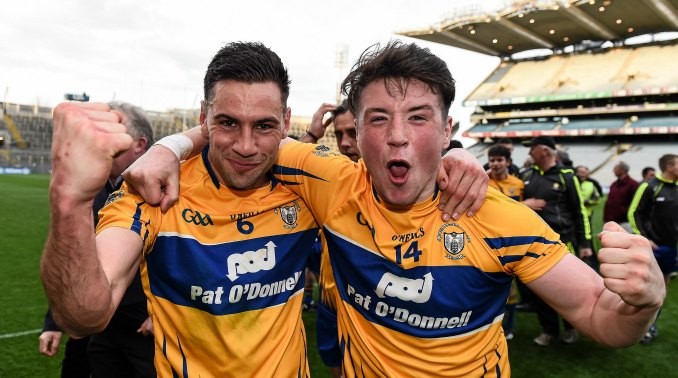 That would be Gordon Kelly. Everything he does is at 100%. He wants to win everything, he has a competitive nature that is a bit mad at times, certainly unique. Even warm-ups, any sprints, games, he always has to be first. He drives other people on which is good.

I'd like to think I've an alright dress sense...

That never reads well on a Q&A, does it?

No, I can't say myself, that doesn't look well. Jamie Malone would be fairly smartly dressed and maybe Keelan Sexton who is one of the younger lads on the panel. Big into the dickie bows for race days, I'll go with Keelan because he'd like that for his ego.

Joe Hayes, again. I have seen the man come into the dressing-room in socks and Crocs on numerous occasions.

Keelan again. Being the young lad, loves to get the name out there, loves the Instagrams. All that type of stuff. He's mad for it. He's in college now, young and single, so any chance he gets he jumps on it.

There's a few who would like to think they're the ladies' man of the panel. Who would it be? I'd probably have to go with Keelan again; I'm screwing him over again but he's probably one of the only single lads out and about, always messing. He's in college so he's probably cleaning up in there when the football is going well.

Dan Carter is one that jumps out. I've seen him do a few unbelievable things with a rugby ball, not that I'm very into it. But even the All Blacks thing, even the 'Legacy' book that we have looked at. Their approach is something I try to copy and Dan Carter is the one that stands out.

What manager from another sport do you admire?
Even as an Arsenal man, I'm going to have to go with Alex Ferguson.