Jamie Brennan has found a better balance between football and his other commitments in 2017.

Having started out college life in Galway, he changed to Sligo this past year and is seeing the benefits. Rather than working himself to the bone in the Great Northern Hotel and a local nightclub in Ballyshannon, and then facing a into long commute to his studies, he’s tightened it all up.

There’s less travelling to IT Sligo, and he’s happier to lighten his working load even if the effect is the same inside his pocket.

It all led to the under-21 star making his league (v Kerry) and championship (v Antrim) debuts in 2017, and most recently featuring in the heavy defeat to Tyrone in Ulster.

“In fairness to Rory (Gallagher, Donegal manager) this year, he put in a huge emphasis on all the young lads to sort out their college,” says Brennan.

“He asked who is and isn’t going to college? He said I’m going to bring in someone to talk to you all about where you are going with college and what your job prospects are. So you know what you want to do and not just fluff away all your parents’ money now while you’re playing football.

“I’m doing human nutrition, doing second year in Sligo. I’m living at home so it's handy, a half an hour down. You can look at it both ways. I came to Sligo to be closer to football training.”

You ask if that means he made his college decision based on football.

“Yeah, it would be handier,” he says. “I was in Galway firstly and it just wasn’t working for me. I just wanted to try to make inroads on the team.

“So I said feck it, I’ll get onto Sligo now and it’s been good this year. I passed all my exams, and I’ve been getting game-time which I didn’t think I’d get this year. It’s about managing it.

“Last year I used to do crazy hours, working 11 to 2:30 or 3am for four or five nights a week in a nightclub. Doing admissions, sitting down, but mentally you’re just tired and going training then. 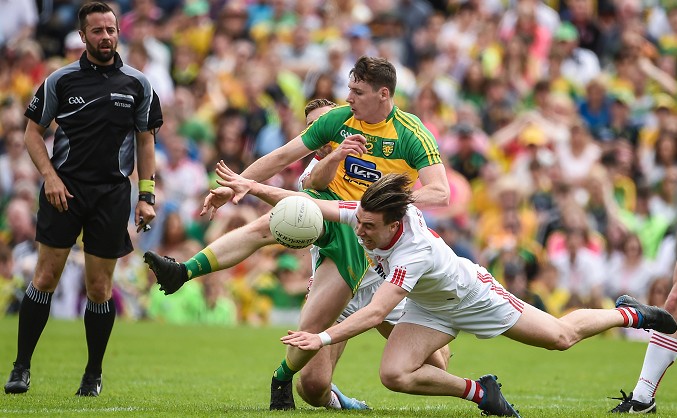 “That’s all kind of gone now. I’d rather not have the extra money and do what I’m doing, so I cut down. Sea Sessions is this weekend so I might work one of the days, maximum two,” he adds ahead of the event last week.

“It would be packed to the brim and usually I’d be doing it four nights straight in the nightclub. It’s crazy there during Sea Sessions. I work in the Great Northern Hotel, it’s at the top of the hill.”

Brennan played a starring role for the Under-21s en route to an Ulster title in 2017. His ingenuity led to a key goal for Lorcan O’Connor, as can be seen in at 40:37 of this video. The forward gets excited when his soccer-style run leading to the goal is mentioned, and pulls out his phone to find the video on YouTube.

“There was a kick-out and it bounced once and I flicked it on, and everything opened up,” he beams. “I could feel the boy up me hole so I booted it on, took a big touch and flew on, and I didn’t know if he was still behind me.

“So I said ‘if I pick this up, I’m going to fall straight on my face’, so I kept going and then I was in on the goalie, nearly one-on-one, so a man came to me so I side-footed it over to Lorcan and he had an open net.

“It was instinct maybe, I don’t know. I couldn’t explain it and it will probably never happen again.”

One of the recurring judgements made of Donegal’s disappointing performance against the Red Hands was that their pacy young stars were too easily bullied. That Tyrone have more seasoned athletes who suckered them into contact and won the physical battle.

“It is and it isn’t,” Brennan says. “We were getting turned over in contact too easy. There were no numbers. If you go into their D, they’ll turn you over no matter who it is.

“We just fell into the trap, probably didn’t hold possession for long enough so that way, yes. You don’t always need the strength, Ryan (McHugh) would take on any man and get by him, and Eoin McHugh did break a few lines.

“I’m not sure if (Eoin’s goal chance) would’ve changed the final result but it would have been big at the time, we could’ve settled down. We were just attacking every time and there was no holding back, no waiting a wee bit just to get the shape again.”

Brennan has had just three days to process that defeat before our interview, and the hurt is apparent. With Longford at home in the draw, they will be expected to win and there’s no reason they can’t build up a head of steam in the back door.

“It was same with Mayo last year: they were beaten by Galway and were within a kick of a ball in an All-Ireland final,” he says. 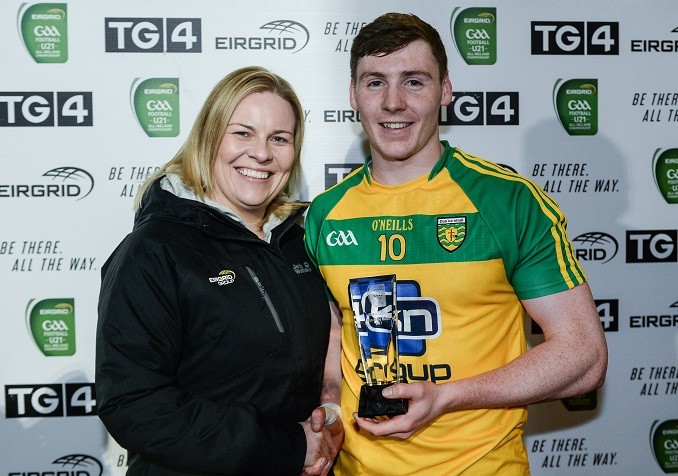 “It was demoralising going into training on Monday and you’re thinking ‘we’re after training for God knows how long and this is after happening’, I was like ‘where are we going to go from here?’

“But we did a bit last night and you felt a bit better and Thursday night I’d say we’ll go ham at it. Life goes on. You’d just rather play better and get on more ball but it’s Tyrone, like.”

In 2012, Brennan was on the Hill when Michael Murphy and Colm McFadden rattled in early goals on their way to All-Ireland glory. When Donegal last got to September under Jim McGuinness in 2014, Brennan was on the minor team that followed them all the way.

“The 2014 year, it was great because we were in the minors coming up with them,” he says. “We’d play before them and we’d win, and they’d win, and it was just a domino effect.

“The whole county was lifted. When the two teams beat Dublin (in the All-Ireland semi-finals), it was just unbelievable, and the whole of Ireland was just pure shocked. Jim just had an aura around him; I think he brought a training mentality to a different level, more professionalism.

“I was on the Hill (in 2012), it was unbelievable,” Brennan smiles. “We were behind the goal for the two goals and there were people beside me, I didn’t know who they were, they were hopping on each other.

“Every man was up in the air and you couldn’t script it. That’s what you want to do. If you won an All-Ireland, that’s where it’s at.”