Damien Comer is tired of being reminded of last year’s Croke Park flop against Tipperary. The Tribe had finally ended Mayo’s relentless march in Connacht before beating Roscommon in a provincial final replay. But just when it seemed as if an All-Ireland semi-final was within their grasp, feisty upstarts Tipp caught Kevin Walsh’s side with a sledgehammer in the quarters.

Michael Quinlivan, Conor Sweeney and Peter Acheson spearheaded the Premier to a thrilling win over their western neighbours at HQ. Comer scored a howitzer goal that day and the power of that was matched only by his shoulder on a Mayo forward in the Connacht semi-final recently.

He laughs nervously when asked about the huge hit on Cillian O’Connor, though he is quick to correct the error.

“It was Diarmuid,” he smiles. “That’s dead and buried for now; there’s bigger and better things to move onto. As long as we got the win, that’s the main thing.”

Perhaps his victim is the one who is dead and buried for now? Again, he chuckles nervously, making sure not to offend the Mayo man.

But back to that defeat to Tipperary which provides an asterisk to all the good work done by Walsh and his horde of Tribesmen.

“Tipp were hungrier that day, seemed more up for it, we just caught on the hop,” says Comer. “I don’t know were we flat or whatever.

“I’m fed up hearing about it now at this stage; it’s one that’s gone, we’ve regrets over it but as long as we live and learn, and move on from it, then we don’t mind.

“These things happen in sport and if you can learn from it, that’s the important thing.” 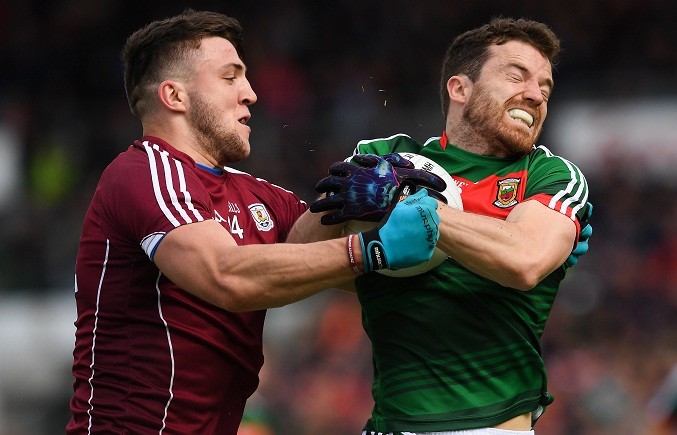 Comer is studying to be a teacher and is going into his second year of a Masters next year in NUIG. In September of 2018, he hopes to be entering the workforce. Like many players who choose this same vocation, it certainly has its advantages when trying to balance life with the commitments of inter-county training.

“I was caught between a few things,” he says, adding that he enjoys working with kids. “I was half-debating whether to go for the guards or go physio but in the end, teaching was more suited to the football side of things.

“A 9-4 job, you’ve summers off; whereas guards is night shifts, physios are working long hours — and you couldn’t work evenings because you’d be training.

The ‘Terrible Twins’ of the 2005 All-Ireland Under-21 final are back in harness for 2017 and Sunday's Connacht final clash with Roscommon. Sean Armstrong and Michael Meehan both scored hat-tricks in that win 6-5 to 4-6 over Down in Mullingar all of 12 years ago.

Comer would’ve been just 11 at the time and, after a couple of years away from the county scene, the two attackers are back in the fold.

“Mikey, everyone looks up to him,” says Comer. “He’s been there, been a top-class forward in Ireland for years.

“His presence alone is good; he always speaks sense, gives you advice; he's training away himself and going well. He’s injury-free which is positive for him and it’s nice to see him involved.

“The two of them lit up the Under-21 championship together and they worked well when they’ve played together at senior level,” he adds.

“It would be nice if they appeared on the same team sheet in championship again but who knows, that’ll be up to Kevin whether it happens or not"

With the Galway hurlers winning the league and Leinster title, and the footballers winning Division 2 and looking to go back-to-back in Connacht, all is rosy in the western garden just now.

Comer admits there's a good buzz in the county but doesn’t subscribe to the view that Galway simply need to show up and dismiss Roscommon on Sunday in Salthill. After all, the Tribesmen need two bites at the cherry to put down the Rossies in the 2016 decider. 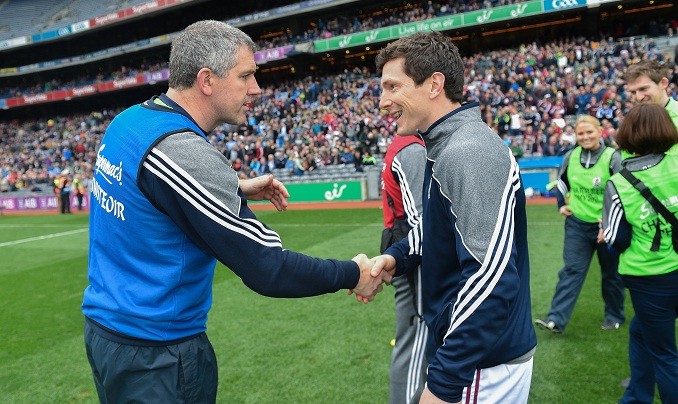 “Ah no,” says the forward. “It’s been proven. We saw Down overturning Monaghan which no one was expecting either, but I’m sure the Down camp were positive going into the game and probably expected it.

“No one else gave them a chance and that was probably the same with us against Mayo last year. These upsets do happen and you have to be on guard.

“Roscommon, they were just caught flat (in the replay) when we beat them and they had chances to beat us in the first final when it ended up in a draw.

“They probably didn’t take them and the second day we just went at them and they were caught flat. We’ve played Roscommon so many times and we know that they’re not a bad side; they’re a good side with good forwards.

“It’s going to be whatever happens on the day, so we’ll stick to the process and hopefully we’ll get over the line.”

All they need now is to deal with the expectation: “There’s probably more than other years. People are starting to get behind the teams (in both codes) and that comes with the bit of success we’ve had.

“We won our Division 2 title which we set out to get, we’ve got over Mayo, and now we’re going into a Connacht final.

“Look the support is great, I remember only last year or two years ago when we played Fermanagh in Tuam and I think they had a bigger crowd than us and they were after travelling down from the north.

“So it’s nice to see the change-around that the Galway fans are getting behind the team again.”