Brendan Murphy: We might not be Dublin, but we know what we want

Sean Murphy was wrecked tired so he had to have a little lie-down. The only problem? Well, the game against Monaghan wasn’t even starting for an hour yet. Sean’s a bit of a character, and had been shearing sheep all morning; that his idea of preparation for championship.

For the rest of us Carlow players, we had been relaxing the night before, agitating over it, thinking about what we needed to do to keep our great qualifier run going. The last time we’d won a Leinster championship game was 2011, and that had really helped drive people on for a good while. In 2017, we’d taken Wexford in the province, kept Dublin to within 12 points, before beating London and Leitrim in the back door.

Everyone expected Monaghan to beat us, and beat us well, but you always go out believing. So Turlough O’Brien got us together, did a little bit of video analysis, and then off we went for a walk over at a hurling club where we warm up. Sean just lay down, closed his eyes, and just had a minute to himself because he was so wrecked from shearing sheep. Here I was looking at this, wondering what it was going to be like playing around the midfield area with him.

The morning of the Dublin game, against the All-Ireland champions, Sean had done the same thing, but he ends up getting man of the match. Like, that’s Carlow for you.

A few hours before the Monaghan game, one of our goalkeepers, Craig Kearney, was down at the shop in Sandhills selling tickets for the game. I don’t think you’d see a character like him anywhere else either. That’s Kearney: the most relaxed person I’ve ever met. To do that not long before the game was due to throw in, sure it was just crazy. He’s a bit of a cult hero in Carlow this year, along with Sean. 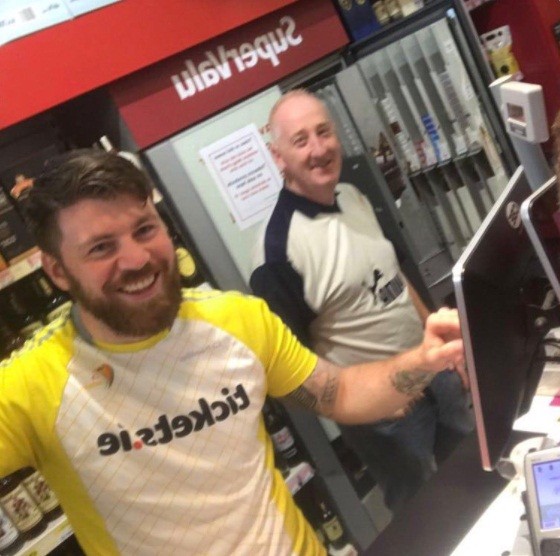 Our dream at the start of every season really is to win one game. Every team has their aspirations and ours are very much at a different level to that of Dublin’s. There are times over the years when I’ve shown up to Carlow training in the wind and the muck and the rain on a winter night, and it’s been a lonely place. One time, I remember there the county final was on the same day, so we had only nine or ten lads there togging out. Why am I doing this? That's how you'd be thinking, and that’s where we have been compared with the Dubs.

Turlough deserves huge credit for where the team is at now, along with his backroom team. There’s a good feeling in the panel and the county and it’s great that the results have followed. We didn’t manage to get out of Division 4 because we let ourselves down in a couple of games, but that will again be the aim in 2018.

To keep Dublin to within 12 points was a win for Carlow, in some ways. I felt like I let the boys down by getting sent off but the rest of them made the county proud. They really did. To get three championship wins, come out with a respectable performance against the Dubs, and give Monaghan a good game was brilliant for the group going forward.

You really do see the differences between the elite and smaller counties such as ours along the way though. I remember seeing the team photo of the Dublin backroom team after their All-Ireland win last year, and they actually had more people in that than we have on our entire panel. They have the dream set-up, and it would’ve been easy to be overawed when we saw them filing off the bus in Portlaoise this summer. Their professionalism, their iPads… if we want an iPad, we’ll be heading off to the shops to buy it ourselves. 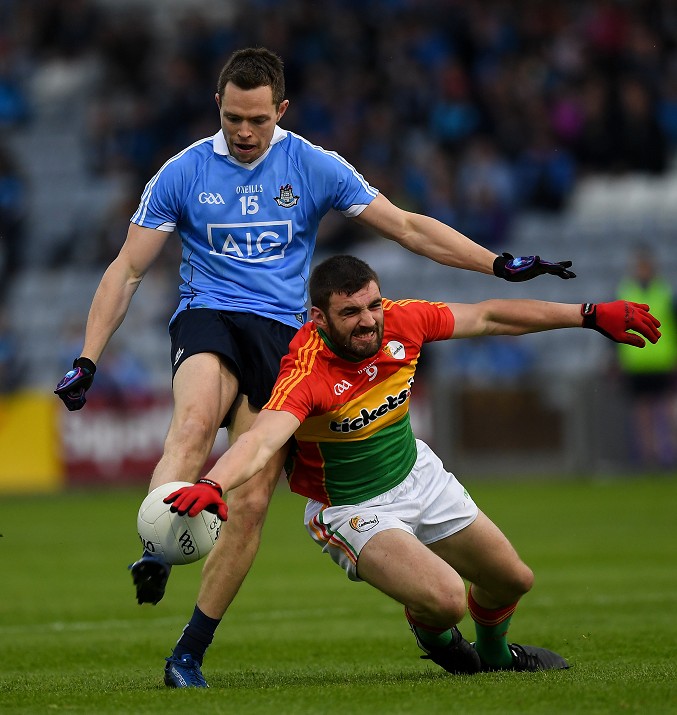 You hear all the rumours about how they have their meals delivered to them, and you wonder if it’s lies. The myth is there anyway, and it probably adds to their aura as champions. The other thing you hear is that their position as Dublin senior county footballers helps them get jobs, nice numbers that work well with the commitments of an inter-county player. More power to them if they do. You wouldn’t be getting a job off your name in the weaker counties, and it can be a nuisance trying to get off for training or games, to be honest.

I work as a guard and when I’m working shift, it can be difficult to get off early, or get your sleep right, that sort of thing. There’s always something and all of that can affect your preparation. Some weeks, work can mean I might only make one session so I have to make it up in my own time. If you don’t, you’ll be left behind. I’ve had to do that with the club, Rathvilly, recently and it can be tough at times.

The big thing for us is to keep getting better each year, and again that starts with getting out of Division 4. Just to improve our standards by playing better teams and hoping it inspires the next generation in Carlow. This year, we were on the field for 30 or 40 minutes after games signing autographs, taking selfies with supporters, and chatting with people, and that’s something we’ve never had before.

We need to push that on, to have young kids saying “I want to play for Carlow, I want that”. We might not be Dublin, but we know what we want too.