Daniel Flynn: Why he really came home, the challenges of readjusting, and looking forward to Dubs test

Daniel Flynn feels it’s only now that his skill-set is readjusting to Gaelic football after a stint in the AFL.

On the back of his performances for Edenderry’s Hogan Cup winning side in 2012, the Johnstownbridge man signed a two-year contract with Port Adelaide in October 2013.

When Flynn hit 1-3 in the 14-point dismantling of Laois last month, it marked his first start for the Lilywhites in four years.

A long and winding road it’s been, one that saw him enjoy the pursuit of professional sport but ultimately it would come second to family priorities. After his grandfather passed away in 2014, he sat at home twiddling his thumbs for six weeks, then went Down Under once more, before finally coming back for good.

The journey is a box the youngster prefers to leave closed to the public, though he admits that putting his return down to homesickness at the time simply was the most convenient thing to do.

“End of 2014, start of 2015, I said I was homesick just to keep the media off me but there was stuff going on at home rather than anything to do in Oz,” says Flynn.

“It was to get home near family moreso than to leave Australia because I was really enjoying Australia and I was really getting a taste for the football and finding my feet there.

“I think I went out in November 2013, so it would’ve been Christmas 2014 or the start of 2015 when I was at home,” he explains. “I’d been home for Christmas and it was some family stuff really, and I felt I needed to be at home rather than the other side of the world.

“I put that first. Don’t get me wrong, I was happy to stay at home, but that was the decision I made: just to be close to home.”

He seems to have settled back in too. Right now, he’s doing an internship at KPMG and, 20 kilometres up the road from home, he’s studying accounting and finance at Maynooth University.

His parish of Johnstownbridge is a small place, and it’s startling that three of their sons have been to the AFL in recent years. Flynn, Sean Hurley and Paul Cribbin have all come back, yet “we’re struggling to get 15 lads to training”, Flynn says. 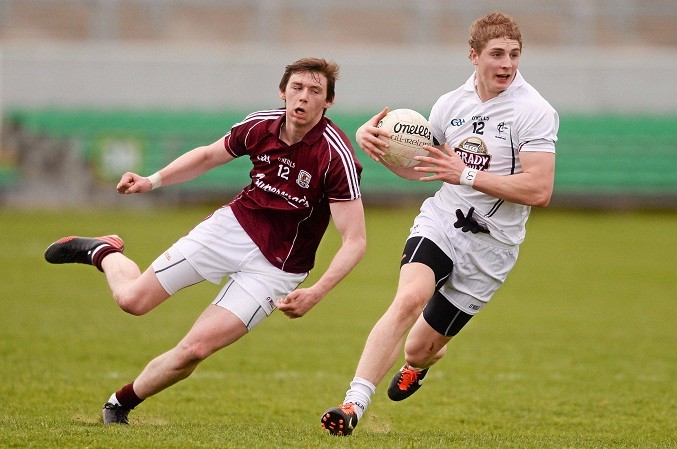 Ostensibly, it would seem that having players with professional sporting backgrounds should be a massive boost to Cian O’Neill’s side but it’s an overly simplistic view. Even if logic suggests that the Flynn who came back in 2015 would have trounced the player who left in 2013.

“Physically, yes; technically, no,” he says. “Definitely. I’m only finding my feet again now playing football and I’m back two and a half years.

“Because you’re doing it every day in Australia, the way I was running on a pitch, how I going for the ball, it was all different. And with all the muscle memory, you’re then doing it subconsciously, so I had to nearly retrain myself when I came back. That was tough.

“Before I went, I would’ve thought I was in good nick,” Flynn explains. “Then when I came home, I was at a different level altogether. You look now where 20 and 21-year-olds are big but when I was over there, there were 19 and 20-year-olds who were like 25 and 26-year-old men: they were animals.

“The training you do over there compared to here is ridiculous. We went to a training camp in Dubai, we got off the plane at 6 o’clock after a 13-hour flight. Come 9 o’clock, we were doing a hundred 100-metre sprints in 30-degree heat in the middle of Dubai. Do you get me like? A different level.

“The pre-season is ridiculous, it goes on for about four months. Compare it to here where you’re nearly trying to fit everything in during the week: strength and conditioning, yoga, training. Trying to fit it all in whereas over there it’s kind of constant but you have all the time in the world to do it.”

Not that having Flynn, Cribbin and Paddy Brophy — the latest to return from Australia — back isn’t a plus for Kildare in the grand scheme of things: “I think it can only add to the set-up. The way lads carry themselves is good. But in terms of making you a better Gaelic footballer, I don’t necessarily think so.

“Paddy Brophy is after coming back, a breath of fresh air, and the energy he’s after bringing to it.”

There’s the small matter of the Dublin juggernaut in the Leinster final this Sunday. After losing the league final to Kerry, much of the commentary centred on the Dubs finally slowing down in 2017. A 31-point annihilation of Westmeath has recalibrated expectations since.

“I was at the game, they’re just a different level. I think it’s the same nearly every year, they’re class. I don’t even know what to say about it but they are fantastic. You’ve seen it, Kevin McManamon came off the bench, then Bernard Brogan, Paul Flynn didn’t even come on, all these lads — fecking hell.

“They look a different animal when you compare them to the other teams around the country,” he smiles. “That’s Cian’s job to figure out at least where we start. Ah look, we’re looking forward to it, it’s been a long time since we were in a Leinster final but it will be a big, big test.” 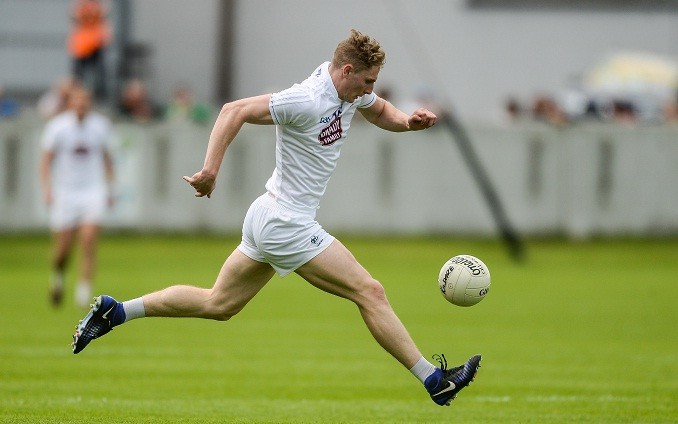 At the same time, Flynn knows that it’s time for the current Lilywhites group to deliver. He cites the All-Ireland Under-21 semi-final defeat to Galway in 2012 as his biggest disappointment in football, and yet it’s the core of that team carrying the county now.

“It’s the backbone of the team now. I remember the starting 15 at the time, 13 of them were in with the senior panel at the time. I think we hit 19 wides the same day, a disaster.”

Underdogs they most certainly will be, but while it’s cosy in the long grass, there’s only so much that status lends to a team come throw-in.

“It kind of does but you have to be realistic as well. This thing in GAA where you can nearly build yourself up for a false hope. You have to be realistic: they’re flying, we’re still a long way off from being a top team, never mind beating the All-Ireland champions like. People can get carried away sometimes.”

Is that the case in Kildare?

“I wouldn’t say they’re getting carried away but they’re hopeful. People in Kildare love football, love to see us going well, but two matches doesn’t make a summer really.”