Kieran Hughes threw in his dissertation this past January, and said ‘just get me away from here’.

In his own words, he struggles to mix books with football so he jacked in his sports studies course in Jordanstown, and is now much happier on the road as a sales rep.

From the small town of Scotstown, this Monaghan footballer of farming stock had to find his way, and tasting city life in college was part of the journey.

“I enjoyed the social aspect and being able to get away from home,” says Hughes. “Just to get to be streetwise and get to know what’s going on out there in the bigger cities, and that’s one thing I’ve taken out of the college scene.

“Knowing when to speak and not when to speak, and that sort of thing. I took the p*** when it came to the college, myself and the books never got on. I could never multi-task the football and the books, it just wasn't for me.

“It never will be me, but I’ll never regret it ever! It was the best days of my life in Jordanstown. Just living in the Holylands, with Mattie and Richie Donnelly, Cillian O’Connor, Ryan McHugh, Colin Walshe for a year, Paddy McBrearty, these boys.

“Nearly all of us on the same wavelength where we just wanted to do enough to get through, but have our bit of craic and a bit of downtime from the football field. Then jump in our cars in the Tuesdays and Thursdays (for county training), and come back and say stuff, but don’t say anything at all! Keep it between ourselves.

“I finished up in January, put in my dissertation, I literally just threw it in and said ‘get me away from here’, I didn’t even know what was in it. I just wanted out, couldn’t deal with it anymore. Having to go to presentations…”

It’ll be the scenic route once again for Monaghan in 2017. Down shocked them in the Ulster semi-final, though Malachy O’Rourke’s side got the show back on the road against Wexford. It was a sweet relief from how they were dumped out by Longford last year following a six-day turnaround. 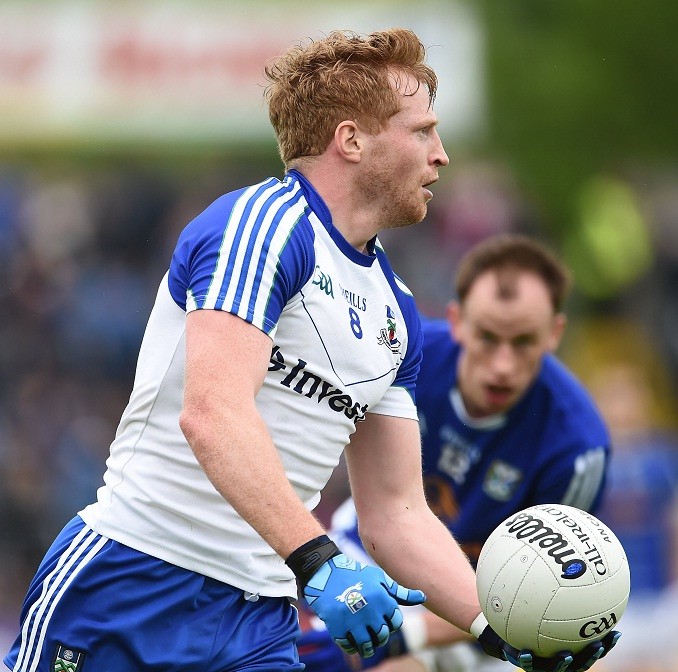 “Everyone is making the excuse of a six-day turnaround,” Hughes says. “The feeling was that I felt this ambush coming, but obviously didn't’ say it out loud, and it’s the easiest thing to say when you do lose.

“Everything was coming at me at the one time and I nearly needed an arm around me should saying ‘look, there’s going to be light at the end of the tunnel’,” smiles the 27-year-old. “Even though it didn’t seem like it at the time.

“I’ll never forget hugging the toilet bowl that Monday morning, whatever alcohol was put in the system there was nothing left in me, and it was just that vile stuff coming out of me. ‘This is absolutely dreadful, I don’t want this feeling again,’ I was thinking!'

“In fairness to Longford, I don’t think they got enough credit for it. Because whatever they touched, it went over the bar. They could've shot from the half-back line and it would’ve shot over the black spot. But they had a plan and it worked well. That game could be going on until today and they'd still be beating us.”

Was there a feeling of embarrassment in losing to Longford?

“No, I think that’s disrespectful towards them. They train and look after themselves every bit as much as we do. They would’ve wondered who we were to think we were any different.

“They were right to think that because, as far as I was concerned, we had done very little to suspect we should beat them by whatever, six to ten points. But I thought we had enough steely tough operators in our camp to get through that game.

“After, when the dust settled, managers and players admitted they were wrong how they approached the game. I was content to hear that because I’d hate it if the players were just blamed and the management said it was the players’ fault.

“We all came back together in October or November and just fired it out there, what the story was, and openly admitted it was collectively all our own fault, management and players. Then it was a matter of regrouping and getting the show back on the road again.

“Thankfully every man has stuck about and just got it going again. It wasn’t easy at the start of the year when every man is looking around wondering ‘is this kicking off again? Is this us committed towards this whole thing?’

“A couple of months go by, bang, and you’re back in the first round of a league game in Castlebar all of a sudden, you get two points and belief starts creeping in.”

Hughes’ 2017 championship began on a sour note as he was black-carded after just seven minutes following a tangle with Fermanagh’s Ryan Lyons.

“He hit the ball after the ball was gone a couple of seconds. That wasn’t really mentioned afterwards and 90% of people are going to blame me anyway, saying I shouldn't have reacted.

“That was one split-second where I said ‘here, I’m not having any of that, I’m not coming on the field to deal with that’. It was in my head then in the next game, the result was almost irrelevant,

“I wanted to stay on the field for 70 minutes to show my discipline is grand and yous have nothing to worry about,” he smiles. “I definitely do live on the edge, if I didn’t I wouldn’t be getting the best out of myself. That’s what I keep reiterating to people."

Would you be a thick sort of person?

“Oh absolutely no doubt, 100%,” he laughs, then rattles off his traits. “I’m a sore loser, as thick as they come, I’ll say anything, it doesn’t matter who it is.

“When the blood settles down, I might not be that bad of a fella. But whatever happens between the white lines, I’m just trying to help my team.”

So you’re not as thick off the field?

“No definitely more settled when the blood is down.”

Ah you’re smiling as if that’s not true.

Again he laughs: “It depends on if my girlfriend is annoying me!”

What about with your brother Darren?

“The two of us have fought about the farm.”

About who is going to take it over?

“Probably me being right the whole time but just not being able to get through to him; he’s thicker than me, believe it or not!”