Padraic Joyce: The Connacht Final was embarrassing for Galway

There was no fight or bite in the Galway display against Roscommon and that won't do against Donegal.

Shane Walsh was the only forward we had in the Connacht final who played anywhere near his best but he's going to be tightly marked now in Markievicz Park, so others have to step up.

It's not something I say lightly but it was an embarrassing defeat to Roscommon. They were seven ahead at the break after Cian Connolly's goal. They were always going to get three or four scores after the interval so that meant we needed 12 or 13 to beat them. Instead, they scored more in the second half against the wind than they did with it in the first: 1-8, to be exact.

For a finish, Kevin McStay's men won by nine points and, in any man's language, that's an awful beating. Then to see two players getting red cards late on only added to a shocking afternoon for Galway. Where was the fight displayed there in the first few minutes?

To beat Donegal, who overcame Meath in their qualifier, we need to sort out our kickouts. They were a massive issue against Mayo, and a huge one against Roscommon. We have three big men in the middle of the field — Paul Conroy, Fiontain Ó Curraoin, and Tom Flynn — so why not hit them on a more consistent basis. Instead, we went short and put our defence under massive pressure. The roars and giving out from the people beside me in the stands were deafening.

What I saw was crazy. Ruairi Lavelle was hitting the ball low to a defender who was coming back towards goal looking for the short pass. The defender then had to bend down, pick up the ball, beat a man, and then find a teammate. It created work for the Galway backs and put the Rossies on the front foot. Short kickouts should never be given to a player heading towards his own goal like that. If this wasn’t under the direction of the management, then this has to be sorted because Donegal will go to town on it too.

If we're realistic, it's going to be hard to recover from the defeat to Roscommon. Expectations have hit the floor in Galway now and I wouldn't see a massive following travelling up to Sligo. I always feel a team has to generate their own support and that happens when you go out and have a right go at games. This is Kevin's third year in charge and he has brought them on but there is still a long road ahead to reach the summit. They've won a Connacht title, are promoted to Division 1 for 2018, have beaten Mayo in successive years, but even if they beat Donegal, it's looking like Kerry then.

It's funny how you consider that Galway beat Kildare in the Division 2 final in the Spring, yet you couldn't imagine us giving the Dubs the same sort of game as the Lilies did in the Leinster final. Certainly not based on the Roscommon performance. 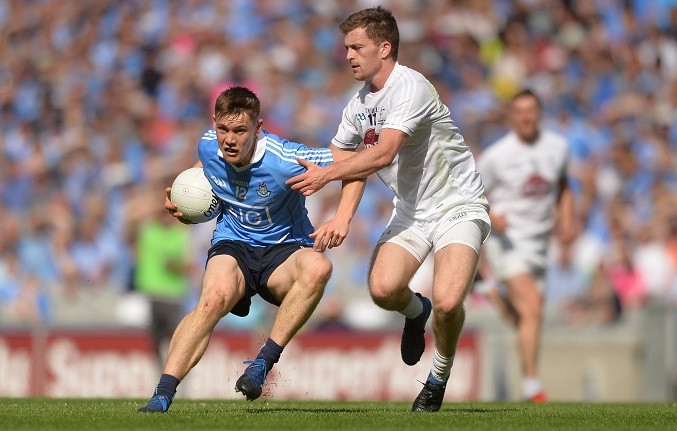 Dublin won by nine points but the game was over after 12 minutes. Kildare made a game of it but Jim Gavin has created a monster there that could've responded no matter what pressure was put on them.

I'd imagine their A v B games are tougher than most championship matches they play in. Just look at Bernard Brogan — he had a poor All-Ireland drawn game last year but comes on to kick five points from five balls against Kildare. He was just so sharp and that came from training, as he didn’t play damn all league football this year.

As for Con O'Callaghan, he has stepped onto the senior stage with no fuss. Again, I think that composure on the ball and ability to always use it the right way is honed in those intense training games. They have threats coming from everywhere, and their support play is wonderful to watch at times.

That's four provincial finals that have been won comprehensively, and again it just proves that these competitions are dying out. Look at it this way, Carlow are the only team to come out of the blue and it was the three championship games they had that allowed them to push Monaghan so hard at the weekend.

Often, they lose their Leinster opener and get dumped out in the first round of the qualifiers. This routinely denies them the opportunity to improve, so this shows that if counties get regular championship games they will improve. This time they got a bit of a run and you can see the level they got to. They've made more progress in one year than they did in the previous five.

So what I'm driving at is to get rid of the leagues and play the provincials earlier in the year, and then have four groups of eight teams in the All-Ireland series. Carlow would be guaranteed seven championship games per year. They, and other counties, would come on hugely. 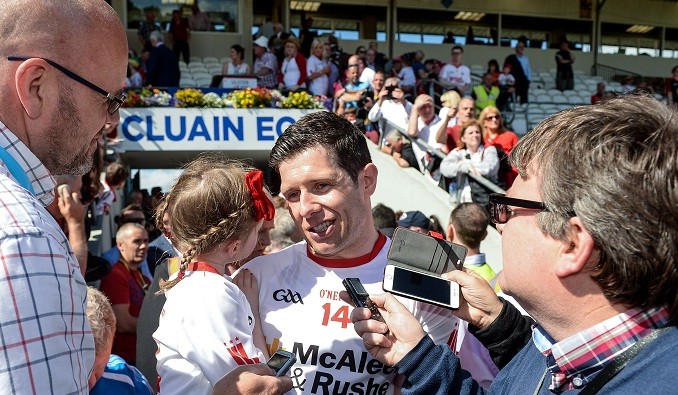 Tyrone are All-Ireland contenders and this talk of no marquee forward is hard to defend when you consider the scores they are putting up. Padraig Hampsey, who came up to score 0-3 from centre-back, has been a revelation too.

Tyrone will have to up their performance levels quite considerably when they hit Croke Park so they can compete with the big guns. It was great the Sean Cavanagh leaving the Clones field as an Ulster championship winner. He has graced the pitch with so many wonderful performances over the years for the Red Hands.

My one issue over the weekend that the GAA need to stamp out of the game is the ugly sledging going on. Darragh O'Hanlon missed a goal chance for Down and we saw the mouthing he received afterwards while lying on the ground. Every game we're seeing it. We saw a Down man give Sean Cavanagh what was referred to as the 'blue tit' back in my day. It's not what we need to see. Darren Hughes was black carded for telling a linesman that he got his call wrong in his opinion, and yet this stuff is going unpunished. Time for the GAA to come down heavy on it in my opinion.