Paul Geaney: Playing under Anthony Daly, his own young Paidi and blowing up Olympic Flames

Anthony Daly couldn’t quite get his hands on Paul Geaney often enough. The Clare native was in charge of the Kilmoyley club in Kerry, and a young Geaney was travelling up from Dingle to hurl.

The pace and directness seen so often at senior level in the green and gold was something that, in another county, could well now be put towards the search for Liam MacCarthy.

Geaney and Darragh O’Connell — the Abbeydorney native who hurls now for Cuala and Dublin — once played together in the Tony Forristal Cup, an under-14 inter-county hurling competition.

Of course, given the pull of the big ball in the Kingdom, there was only ever going to be one winner once a choice had to be made for Geaney.

Still, there were some great days playing underage with the county and with Kilmoyley under Daly, as they won a Kerry senior title and pushed Douglas all the way to extra-time in the Munster intermediate championship, eventually losing 1-23 to 1-12.

“Yeah Anthony Daly was manager there with the seniors, and we had the Under-21s as well,” Geaney exclusively tells AIB GAA. “He was very good and to be coming down to Kilmoyley… we won the intermediate and I didn’t play too much senior now but I went along to games, but we went down to Pairc Ui Rinn and played Douglas who had Eoin Cadogan.

“They were just after winning the intermediate in Cork and we were beating them; it went to extra time then and we were hammered then, because our fitness wouldn’t have been as good as theirs.

“We probably should've beaten them in normal time and it just shows. At the time, Kerry hurling was neither here nor there, this was about 2009, before what’s happening now.

“They’re at a good level now, where they should be for ten or 11 good clubs. Dalo was brilliant, he brought us along, he was all encouragement.

“I played Tony Forristal [an Under-14 inter-county tournament] with Darragh and Shane Nolan,” adds the 2008 Munster minor football-winning captain of Kerry. “We had a good aul’ team, we drew with Dublin, and I scored a hat-trick against them.

“That Dublin team went on to win a Leinster minor and Under-21. It’s funny how it went: their team went and did what they did, and our minor team did what we did.” 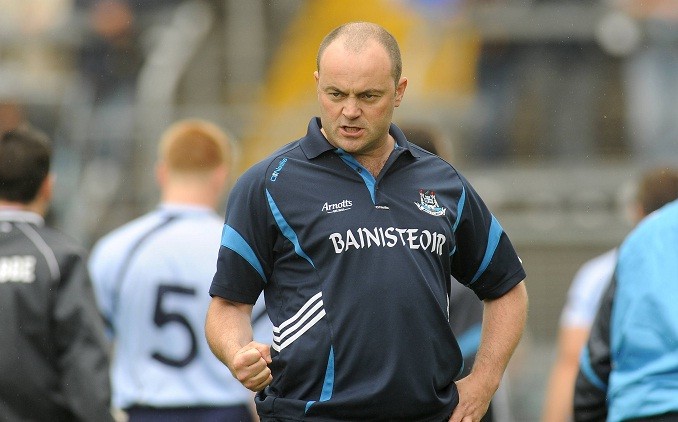 Then also manager of Dublin, Daly was in no doubt of Geaney’s talent with the small ball: “It was very hard to get him. He was awful quick, had a great work rate, and his hurling would have improved rapidly but we couldn’t get him enough.”

That, of course, was because the football took over. Geaney hurled his first year Under-21 but the hour-long commute to Kilmoyley became too much. Still, the 2014 All-Ireland winner is likely comfortable with the decision he has made heading into this weekend’s quarter-final clash with Galway.

Life has been turned upside this year for Geaney, though very much in a good way. He’s had his first child and named it after the late Paidi O Se, his son’s grandfather.

“He’s Paidi as well, no pressure on him,” smiles Geaney. “He’s better off going playing cricket or something! He’s great, a bit of craic, and he’s always in good form except when he eats or when he’s tired. He’s good for the sleep like myself.

“Before you had spare time, whereas now your spare time is him,” he adds. “That’s the biggest change for me. Siún does all the heavy lifting which is great, I just help her out where I can.

“Work, train, family then like, that’s it. It’s good, it’s great to go home from a bad night’s training and see the small fella cooing. He doesn't care if you played well on Sunday or not, that’s the nice side of it.”

And while his son’s grandfather Paidi knew how to make the world sit up and notice, so too did the grandfather of Geaney himself.

Lispole man Paud Fitzgerald won the Ras Tailteann in 1956 and, along with Tom Gerrard and Tom Flanagan, headed out to the starting line at Broadmeadows for the Olympics Games in Melbourne. The cyclists wanted to cause a bit of a stir in the name of a united Ireland.

Just one problem: the body that had selected them, the National Cycling Association (NCA), was neither recognised by Olympic Council of Ireland nor the International Olympic Committee. Still that didn’t deter Fitzgerald and Co, who made it to the starting line, in what amounts to an amazing story that made the front pages all over the world. 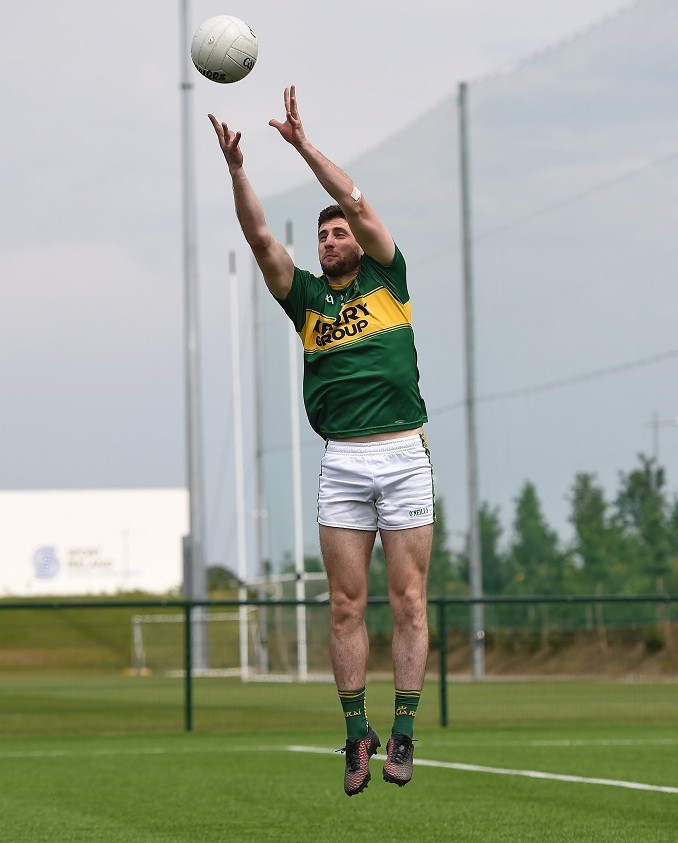 “Yeah the 1956 Olympics, he got arrested on the line,” Geaney laughs. “They were nearly off… they were taken to jail and held for a while. Just as the race was going on like, so they couldn’t cause any more problems.

“There were a couple of things planned, the IRA were heavily involved at the time. There were plans to blow up the Olympic flame as well that didn’t happen, because the local people in Melbourne who were IRA-affiliated at the time pulled the plug on it as they had to live, eat and sleep there. They were the ones who had to live there.

“They had the gelignite or whatever it was to go blow up the flame, as a sign of… I don’t know, a sign against the British rule. It was a protest against not having an Irish team, it was part of whatever it was… that was the protest but they nearly got away with it.

“He reckons if they got started, they would’ve pushed it close because they had a point to prove. They said the timings were okay but you never know, but he’s half-cocky anyway!

“I left Dingle this morning at 7am, he lives in Tralee and I pass him half way over the Connor Hill at half seven. He was on his way back to work, and he travels every day from Tralee to work.

“He’s 84 this year I think, still working every day. It was incredible what he was doing. In the 50s, he was living in Lispole there, getting up and five and six in the morning, cycling all the way around the Connor Hill, all the way back to Camp Junction and back to Lispole, which is I’d say 50 or 60 miles.

“He was back then for 7 o'clock, his mother would give him a boiled egg and a shot of port, and he’d go for a wash in the river next to the house. It’s crazy.

“He won the Ras Tailteann in 1956, and he was selected then to go to Melbourne as part of the Irish team. Of course he was a big united Ireland man and a big fenian, so he went to do that then. I suppose it worked because the Ireland cycling now is one of the sports that cycles as a united team. Their protest worked in the end, I suppose.

“He’s inspiring; I’d love to sit down with him and hear everything properly because I’d say he’ll bring a few things to the grave. Even the stuff about the plan to blow up the torch, there was definitely way more than that, if he was willing to reveal that! Some man though.”