The pitfalls of a GAA identity

There’s a danger in solely wrapping up your whole identity as a GAA player. If you put almost every moment of your time and every ounce of your energy into your sport, it can be all-consuming. And when it doesn’t work out, for whatever reason, the pitfalls are huge.

You can eat right, rest enough, miss out on weddings and family occasions, spend all your time preparing for action, and yet it might go pear-shaped. Maybe the manager doesn’t rate you so you’re sitting on the bench, perhaps your team flops so it was a waste of time, or you get a bad injury, or you have to retire. Sometimes your own destiny is out of your control, no matter what you put into it.

When everything has been piled into the pursuit of sport, including even choosing a career that allows you the time to play, other areas of your life suffer. Be that relationships or just personal development. More and more, with the increased demands being put on players, we are seeing people being swallowed up by a GAA identity. You are no longer just John, for example, but John the hurler/footballer.

Former Donegal defender Eamonn McGee spoke this year to Alan O’Mara about struggling to fill the void after 13 years of inter-county commitment: “It wasn’t until it was about two or three months afterwards, I went through a downer, whatever you want to call it. I was in bad form, I struggled with that whole identity as a Gaelic footballer and an athlete. I definitely struggled with it.”

That’s the reality for many players at both club and county level. For every footballer or hurler, be they male or female, that enjoys every moment of playing, there are those who don’t take everything in their stride.

Mental health and wellbeing has become a bigger topic in recent years, with Conor Cusack’s and Wayne Hutchinson’s blogs really driving that door open in the GAA world. The more who speak out about it, the less likely others will suffer in silence. Shane Carthy, the Dublin footballer, also spoke eloquently of his struggles in recent times.

Of course, every person is different and few would pin all their issues on their sporting pursuits — whether they go well or not. In some ways, what we see in sport is just a reflection of the wider public’s experience of the world.

“That’s just Irish men in general,” says Aidan O’Shea of mental health issues. “I don’t think it’s just common to Gaelic footballers, but the only thing I’d say about them is that they’re [inter-county players] amateur athletes and that they’re in a bit of a bubble.

“You don’t lead a normal life as a teacher, or a guard, or anybody in a regular profession. There is a lot of time where you’re not playing football, not training, where you’re on your own, and basically there’s a lot of time for thinking which can be positive or negative.

“It depends on how you’re able to manage your energy and your time. I can understand why people might struggle in that space because it is a unique space where only a small percentage of people are in it.” 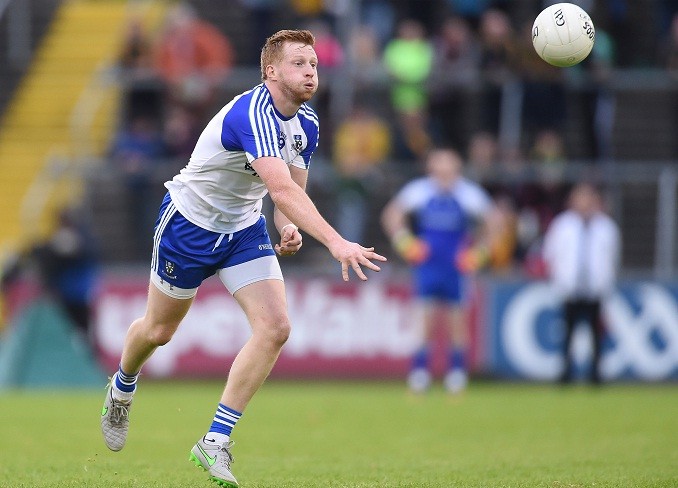 Sean Cavanagh too operates in that rarified air among the elite. He speaks of the cycle that players get sucked into at all levels. “Pre-season starts in November for a club player in the likes of Tyrone, your first meaningful game might be in September or October when the county stuff is done.

“So in Tyrone, a club player might be training for ten months before you get your first meaningful game. For those ten months, they’re on that cycle of get out to the gym, get out to training, ‘it’s vital we have numbers for training, it’s important that nobody socialises on a Friday night because the league game is on a Sunday afternoon’.

“I think there definitely is work to be done to get that balance right… I know certain counties have started to have league games on Saturdays and Fridays so at least guys have time to socialise and be with family.

“There is work to be done on that front because I’ve personally seen lads who have got very wrapped up in that (inter-county) bubble and don’t see a way out, maybe they have been dropped off the panel or the 26 that togs out for a match, and to them in that moment, it is the be-all and end-all.”

The Moy man explains that this is where support services are needed outside of the normal group.

Both Kieran Hughes and Paddy McBrearty, when we asked them about this topic, felt that the GPA have been making positive strides in this area.

“I’m sure it’s being talked about at national level,” adds Cavanagh. “I’ve lived the dream, I’ve been fortunate that I’ve played at the top for most of my career, but I do sympathise with players who have maybe have not been on teams.

“It’s only happened to me a couple of times and I know how devastated I was. So I’ve no doubt there’s guys up and down the country in every club and county that are struggling to deal with the efforts they put in and not getting that happiness out of it.”

Hughes has been in dressing-rooms for years with Scotstown and Monaghan so he too is fully aware of how it can impact players. The general public often wonders when a player opts to spend the summer in America after training with the county for eight months, but it’s little surprise to those inside the camp when they know that person has no chance of meaningful game time.

To put all your eggs into one basket and then be deemed surplus to requirements based on the whim of a manager is a tough place to be.

“There’s no doubt,” says Hughes. “The fringe players across the country. They could go through a real good session or an in-house game and be flying, but then they’re not picked come the game.

“They’re thinking they don’t want to go crying to the manager straight away, but then they’re thinking ‘what do I do, where do I go from here? I can’t do much more in training’. Then if you do have a poor training session, then it’s easy for the manager to say ‘you weren’t moving well in this one’.

“You can definitely see behavioural changes in players throughout the year now when it comes to picking teams. Because, at the end of the day, only 15 can be picked to take the field, and everybody wants a one to 15 jersey.”

“Yeah there is a difficult bubble there around players working really hard to make an impact and a breakthrough to be part of it, “says Mayo man O’Shea.

“Sometimes it can be difficult for a player to feel part of the group if they don’t feel like they’re contributing on game day. The reality is that in successful teams, everyone is contributing because they’re driving something else or driving some player on head of them.

“As an individual though, you’re sitting there at home, you’re thinking, you’re training all the time, saying ‘I’m not playing any games, I can go and have a good summer in San Fran in the sun, I’ve no worries, it sounds like a good option’.” 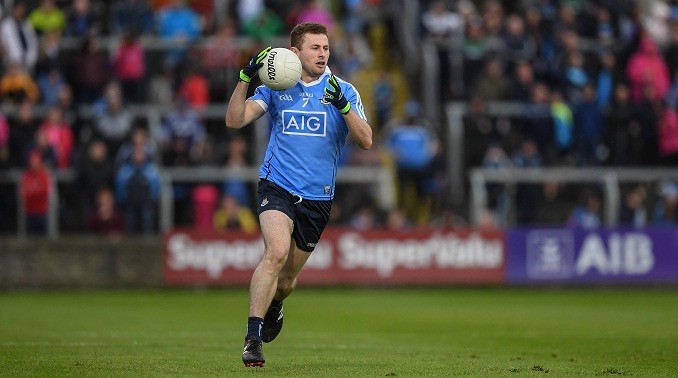 Perhaps it means that sometimes stepping away and seeing another side to life is the best option. A change can be as good as a rest, and so too is finding a balance which may serve players better in the long run.

“I think that culture is starting to change throughout Irish society and people are realising it’s okay to not be okay, and it’s okay to ask for help, which is great,” says Jack McCaffrey. “I’d imagine for generations, there’s been a taboo around it but… I don’t think sport protects you or puts you more at risk. It’s just maybe you get more attention because of your profile.

“I think, in fairness in the Dublin dressing-room, there are so many different characters and everyone has something else going on outside football,” the wing-back adds. “Everyone has that release.

“Like the nature of sport is ups and downs, so it can be a bit tricky if you end up too invested in it, I suppose. You have to give 100% to the cause but remember it’s a game of football, you’re doing it because you enjoy it, and it’s not life and death.”