A tribute to the great Sean Cavanagh

We didn’t see the Sean Cavanagh shuffle in his denouement against Dublin, but perhaps that image is what will always remain of the Tyrone superstar.The dream was to walk away on All-Ireland final day, he openly told us that in the days leading into the Ulster final this year.

Truth be told, the 34-year-old was planning on walking away a year sooner. He had scored 0-3, including a crucial score late on, to floor Donegal in the 2016 provincial final.But a red card against Mayo in an All-Ireland quarter-final wasn’t the right way to finish. Cavanagh came back to lift the Anglo-Celt Cup as captain once more in 2017, and then helped the Red Hands wash over Armagh.

There was a time when Dublin ran into a Tyrone storm, that during an era when Cavanagh picked up three All-Ireland medals, but this time the current flowed heavily the other way. Jim Gavin’s side ate the skins and all last Sunday, and that was it for Tyrone.

So too for Cavanagh, for whom tributes have rushed in. A man who delivered similarly for his county, Henry Shefflin, put it as such: “Congrats on a fantastic career Sean, and a journey where you drove the bus a lot. Look forward to the next chapter.”

That will include playing on with the Moy club for as long as possible. His father did so until the age of 40, and no doubt Tyrone club defenders up and down the county will be buying the Seanie shuffle for seasons to come.

After the All-Ireland semi-final defeat, Cavanagh was walking from the dressing-rooms towards the banquet hall through the bowels of Croke Park. Too polite to say no to an interview, he waved the microphones over and, red-faced after saying his emotional goodbyes to teammates, he opened his heart.

“I’ve done my best. I've tried, I've given everything I possibly can for as long as I possibly can. I've had an amazing journey, I've been very lucky and successful in so many ways.”

A man who first went to county training in a car with Philip Jordan, Collie Holmes and Cormac McAnallen, bringing with him a can of Coke and a couple of Mars bars. At 19, he could hardly have expected to make such an impact. To mark GAA history with so many classic moments…

Footballer of the Year 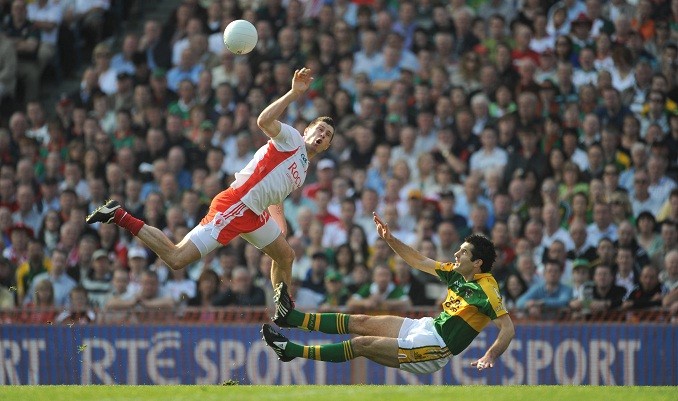 Mickey Harte had problems in 2008. Stephen O’Neill was gone off the panel for most of the year, Owen Mulligan was struggling with injury, and Peter Canavan was retired. He needed a focal point in his attack, and Cavanagh was the answer. The Moy man scored an exceptional 2-24 that season, including five points in a man of the match display against Kerry in the All-Ireland final win. Footballer of the Year was a foregone conclusion. 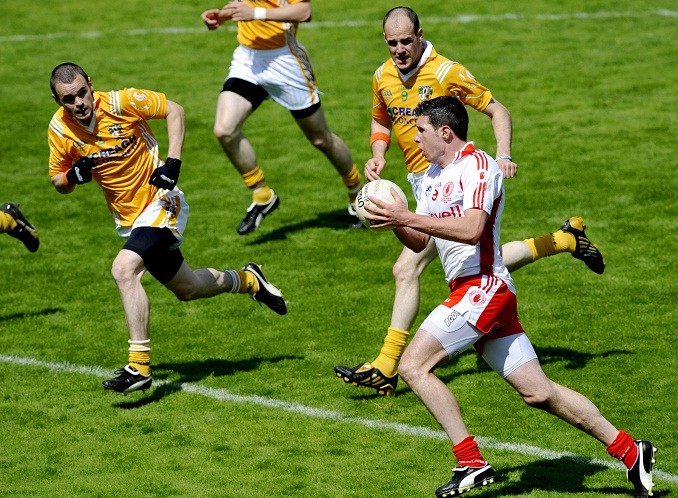 Cavanagh scythed through the Antrim defence with his trademark directness and pace, but coolly slotting the ball home. In total, he scored 1-4 from midfield, and was named man of the match. 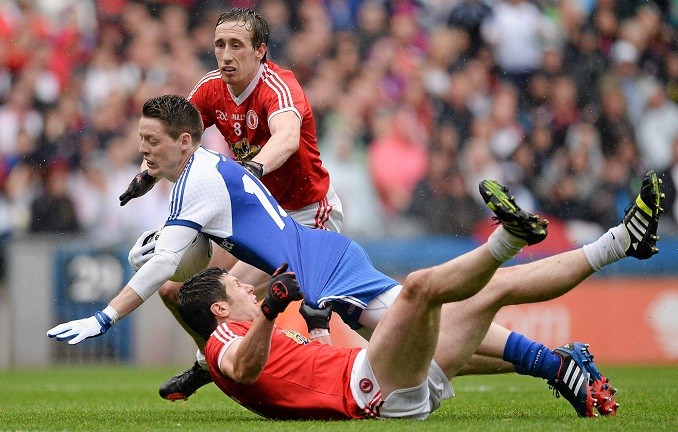 The famous tackle on Conor McManus in 2013 led to a huge public fallout, mainly due to Joe Brolly questioning Cavanagh as a man. The black card came in largely as a result of the 49th-minute pull-down which prevented almost certain goal in the most cynical of circumstances. Cavanagh received a yellow card as his team marched on to All-Irelands semi-finals. Few remember that Cavanagh also scored 0-5 of his team’s 0-14 on the day. 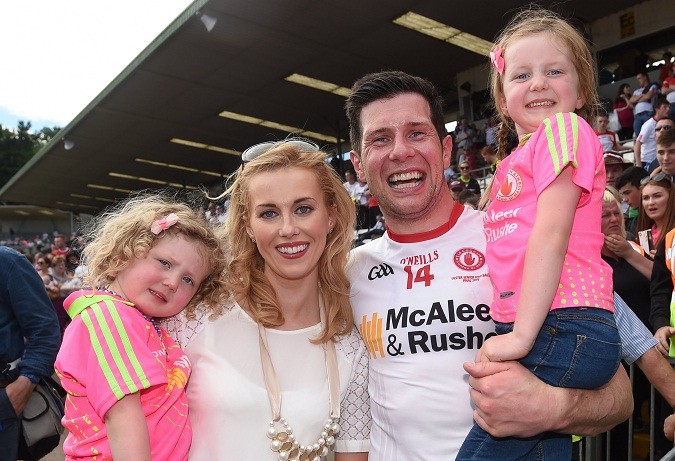 When the need was greatest for Tyrone, their leader stepped up. Mickey Harte’s side had not won a provincial crown in seven years and Donegal were once more putting a stone in their shoe. Yet Cavanagh hit some inspirational scores to keep his side in it, including one sky-scraping point that levelled the final late on. It afforded Peter Harte and Kieran McGeary the platform on which to seal the deal: 0-13 to 0-11. Cavanagh lifted the Anglo-Celt Cup.