Annie Walsh: Rebelettes eye up Mayo scalp on road back to September

Annie Walsh thought long and hard about continuing on with Cork for 2017. She’s been part of a hugely successful Rebelettes side that has delivered a bagful of silverware over the past 13 years.

Walsh made her inter-county bow in 2008 and, after so much success under Eamonn Ryan, choosing to stay for Ephie Fitzgerald’s second season wasn’t an easy decision.

There have been huge changes on the Leesiders’ panel, highlighted in just seven of the All-Ireland winning team from 2016 playing against Kerry in the Munster championship this season.

Rena Buckley, she of 11 All-Ireland football titles, decamped to the camogie side on a full-time basis, with just Brid Stack remaining from the 2004 vintage.

Cork, in fact, lost both of their games in the provincial championship — to the Kingdom and Waterford — meaning their unbroken run of Munster deciders from 2004 to 2016 was finally been snapped.

“Obviously you want to be in a Munster final every year,” says Walsh. “For a few years there, it was just ourselves and Kerry there competing in Munster, a straight final really. Then Waterford came up senior last year and they pushed both teams hard again last year. 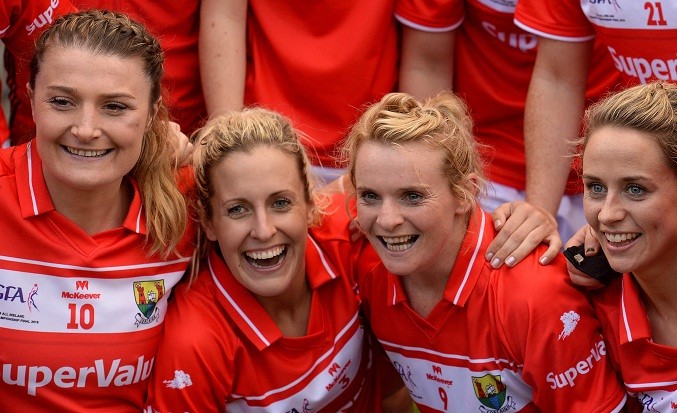 “We knew they would be good and on the day against them, we weren’t happy with our performance. In saying that now, Waterford were excellent and had their gameplan which they executed to perfection and were deserving winners.

“We felt we let ourselves down and the Kerry game was also going to be a big challenge because they had been beaten by Waterford as well. It was winner-takes-all to get to the Munster final so we took what we could from the Waterford game and unfortunately we got a poor start against Kerry and were down by five.

“We rallied at half-time and said we needed to give it a go, which we did and we went ahead, but two mistakes and turnovers gave them two goals to win.

“It was heart-breaking enough to be honest after the comeback and not playing well, but we’ll learn from that and we’re not out yet.”

They’ve bounced back in the meantime and will face Mayo in this weekend’s All-Ireland semi-final. Galway were put to a six-goal sword — meaning Fitzgerald’s side have been able to kick on after losing so many key players of past.

“Obviously there are some players gone that you can’t replace but other girls have stepped up to the mark,” she adds of retirements.

“Maybe it is down a little bit of experience but it’s not the end of the world not being in the Munster final, which we’d have preferred, but we’re not out of it yet. We’ll still be driving on full steam ahead.”

From the outside looking in, lifting an All-Ireland title at Croke Park at the end of last season might have seemed to be a fitting ending to Walsh’s innings. With a league title and a Munster Cup also secured, no year could possibly have delivered more.

“This is my tenth season now,” she explains. “Some days alright, especially when you get older, you think about it that bit more in terms of whether you can go another year.

“I was thinking about it at the start of the year and it’s ‘mentally, can you do it?’ Physically I felt in good enough shape to go again.

“We’ve been very successful and fortunate to be part of a successful team which makes every year that bit easier, and that helped make my decision. As you get over 30, you start thinking ‘is it time now or not?’ but I’m happy with the decision I made to go back. 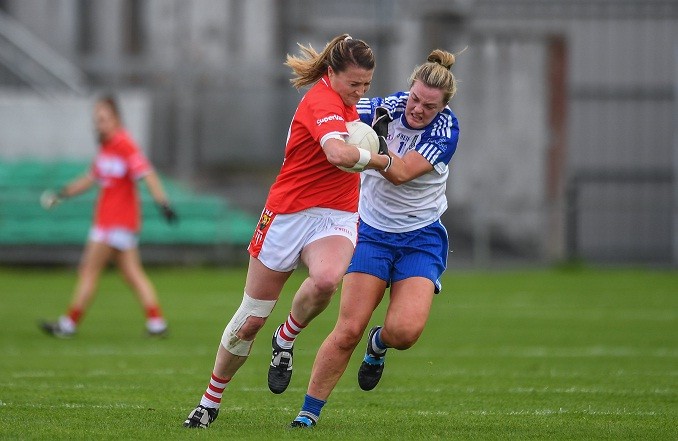 “We’ll see what happens. If it goes for us, great; if not, what about it? I’ve had great days out in Croke Park with people I’d call my friends. I’ve made great friendships throughout and ones that would not have been made if it wasn’t for football and the success we’ve had.”

Walsh feels for her old coach Eamonn Ryan who has joined the men’s football team under Peadar Healy — who has now walked away. It’s been a tough number of seasons now for the Cork side and the Inch Rovers player’s heart goes out to her old boss.

Still, her focus is on the ladies panel under Fitzgerald. With Ciara O’Sullivan back from travelling, and Walsh back in good fettle after injury, the signs are good.

“I was a bit late back into the frame this year,” she adds. “I had been injured and came back towards the latter end of the league.

“I had injuries and, as you get that bit older, you pick up niggles easier. I’m going well now, I started the Kerry game and we are very close to them.

“Look, we’ll just be trying to build on those performances now and be in the mix for the business end.”