To the untrained eye, Dublin have cantered their way to an All-Ireland semi-final against Tyrone. The average winning margin in Leinster was 17 points, but that doesn’t tell the full story. Not as far as defender Michael Fitzsimons is concerned, who also starred in the ten-point win over Monaghan at the quarter-final stage. To dismiss what it takes to get this far missesthe point, as the Cuala man explains.

“No, I think I’ve said this before, you’re testedat different parts of games,” Fitzsimons says exclusively to AIB GAA. “I remember telling people that the scoreboard, with the way inter-county is and club in Dublin where teams are so ruthless, if you switch off for a second the scoreboard can get away from you.

“I think you saw that in different games, such as the quarter-final where it may not have looked as competitive but it is competitive for good periods. If a team gets penned in on kickouts or if there are turnovers, you can really get punished. Kildare put it up to us at the start and it wasthe same against Carlow and Westmeath, all the teams. Against Monaghan, there are periods where it was very tough but fortunately we got a few scores at important times and pulled away. It probably hasn’t gone down to the very last minute yet but we’ve had that against Kerry and other teams in the league and Tyrone in the league too when we drew. It’s not something you really think about.”

Dublin have won four of the past six All-Ireland titles but it had been a long time coming for the capital. Kerry, Tyrone and even Cork, in 2010, had been lifting Sam this millennium before the Dubs got their chance. Now that they again face the Red Hands at the business end of the season, you can look back and trace some of their success to breakthrough wins over the Ulster side in 2010 and 2011. 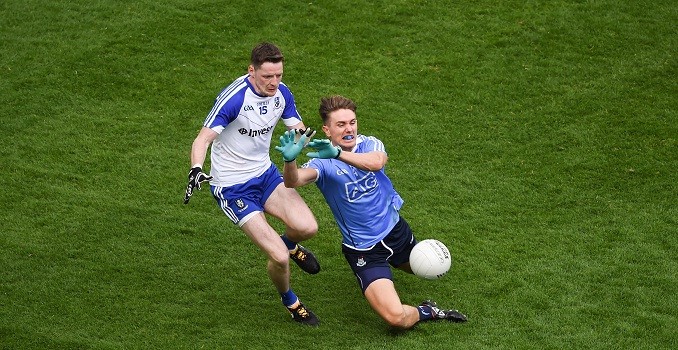 “I think it [2010] was an evening fixture in Croke Park and it was a wet day, we just clicked on the day. We got a good performance out. We played them in 2010 and we just got over the line in the end. I remember it was a tight affair and Eoghan O’Gara got a big goal for us. In 2011, I think we clicked more and had learned a lot from 2010. That was a great Tyrone team and it was a goal to get a performance against one of the big teams with Pat Gilroy. Yeah, it went well.”

As to whether Dublin’s belief came from those games: “It’s hard to tell, there’s loads of little things along the way. We learnt a lot from the Cork semi-final (2010) and in the league final against Cork too (2011). It was definitely big for us. 2010 was probably the big one. Beating Tyrone in 2010 was massive for us because they were such a great team that he had so much respect for. So, that was great and probably did contribute to a lot of belief for that team.”

Earlier this year, Jack McCaffrey told AIB GAA of how he likes to pursue other interests away from football. He namechecked Fitzsimons as someone with whom he shares book suggestions. “Myself and Jack, I think we read Catch-22 by Joseph Heller, unbelievable, I really enjoyed that,” says Fitzy. “What else did we read? I think we read 1984 by George Orwell, which is quite intense but good. Catcher In the Rye: Davy Byrne and Paul Mannion might have read that. We didn’t actually talk about it but all of us drive to training together and it’s along that theme of doing something different and getting a bit away from football. Then maybe watch a documentary on Netflix. So we just read a few different books and maybe with the idea of chatting about them driving, but we wouldn’t really. It was good at the time, I think we hit a stumbling block with On The Road (by Jack Kerouac).” 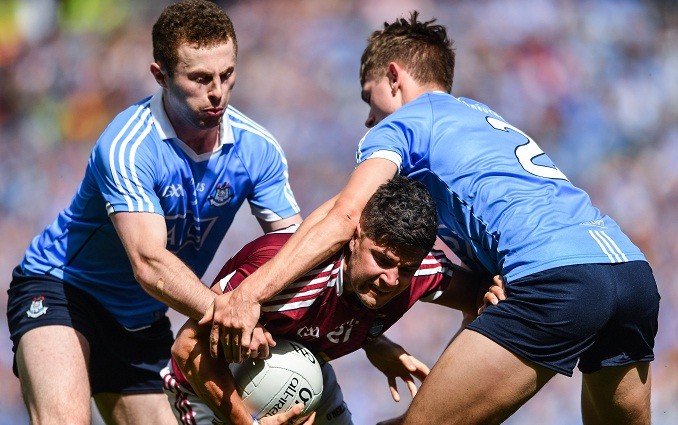 Diarmuid Connolly is back in the selection frame after missing out on much of the championship season through suspension. In his absence, the Dublin attack has continued to wreak havoc, but the St Vincent’s man is an exceptional weapon to have available once more.

“He’s been going well. He’s been doing individual stuff and getting himself right. He’s used to that from club championship months and stuff like that. There’s no concerns of where he’ll be at and we’re happy he’s back in.”