Sean Cavanagh tells us which Kerry man was his toughest opponent. He also lifts the lid on the one day his hero asked the team to do it for him. Not to mention calling out the one man who loves the media attention.

Darragh O’Se, I just couldn’t get near him. I was a midfielder at the time and couldn’t cope with him in the air.

Armagh. I went to school there, live on the border.

Captaining Ireland for the International Rules in 2008 under Sean Boylan. Amhran Na bhFiann in a foreign country was special, I was so proud.

My dad, an easy one. Dragged me to every game he played until he was 40.

Declan O’Sullivan, an amazing footballer. Lived slightly in the shadow of the Gooch but was naturally class.

It’s a basketball-style analogy where positions are no longer relevant and a defender is now also an attacker. You have three or four man-markers and nine or ten players out there - no longer with just a forward or defensive mindset.

What’s the best score you’ve ever seen in real life, any sport?

Any one of Stevie O’Neill’s in 2005. He hit one against Dublin out under the Hogan Stand that was beyond belief. 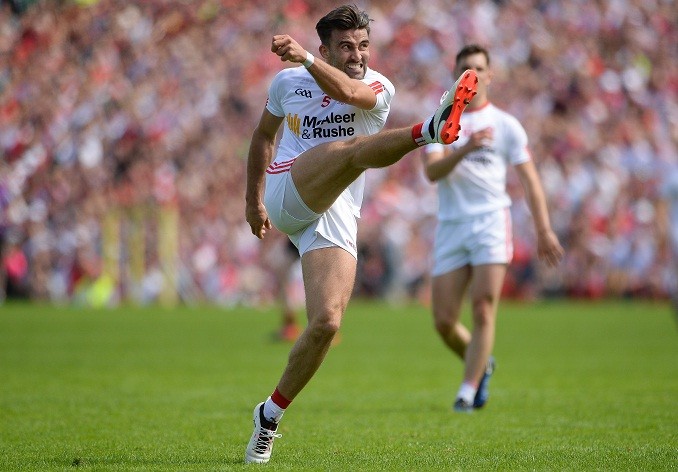 Not winning an All-Ireland since 2008 after three in my first six years.

Which player has impressed you this year so far, from any team?

Padraig Hampsey. I’ve been watching him come through in training, marked him in training, telling people about him and he’s making his mark now.

Peter Canavan in 2003 for the semi-final against Kerry. He had got injured and at half-time he was there with crutches. He was a hero to all of us, the elder statesman. He spoke about never asking anyone to ever help him win a match but he was powerless and he asked us to do it for him.

Before the 2008 final, we would’ve been training in Clogher, two pitches covered in cones and it was all conditioned stuff. Run hard on one pitch and sprint to another to run hard in another way. The toughest training I ever done.

Ronan McNamee, Hegarty is what we call him. Someone called him it as a child and it stuck with him, it’s a Donegal name and he lives on the border. He’s a colourful character.

Hugh Pat McGeary is probably the most combative player I’ve come across. A tough, tough full-back.

The Dazzler, he calls himself that. Darren McCurry. Any man who chooses to call himself the Dazzler has to love the media attention. 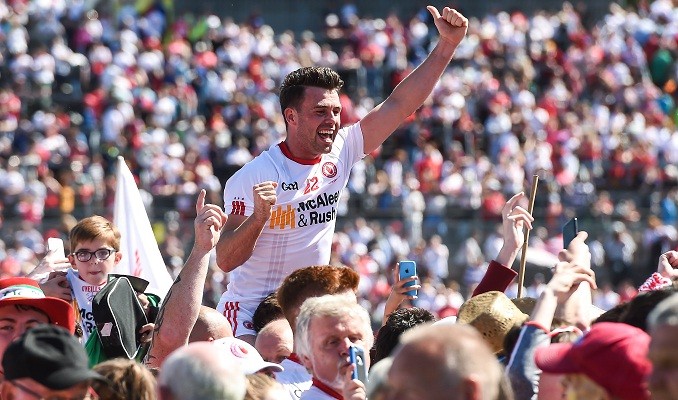 I’m a basketball supporter. Kevin Durant, one of the best players in the last number of years and in history, he finally reached his goal in the NBA finals.

What manager from another sport do you admire?

Jose Mourinho. I hated him at Chelsea because he was so good and now we have him at United, I’m waiting for him to take us back to the top.

If you could manage any team in any sport, who would it be?

Man United, I’d kick out Mourinho. I go over to watch them a few times every year and they have always been my team.

If you were to be a professional sportsman, what sport would you love to play?

Basketball, I grew up watching Michael Jordan and the Bulls in the 90s. I might not be tall enough but I would’ve loved being a point guard with the Bulls with MJ and Scottie Pippin.