Just seven teams are left in the chase for the All-Ireland title, and we’ve decided to look at a magnificent bunch still left in the hunt. These players have lit up the championship and could yet make the difference for their team.

Let us know on social media who you would add to the list of those counties still in the hunt.

Was suffering with a virus in the week leading into the clash with Clare in Ennis. Though he told AIB GAA afterwards that he wasn’t overly happy with his performance that day, he still notched 0-2 and showed some excellent movement. The Dingle man eviscerated Cork in the Munster final with 1-6, with just a point of that coming from a placed ball. The inside attacker was closely watched in the All-Ireland SFC quarter-final but four more points were added to Geaney’s tally. Certainly, there’s more in the tank for the Dingle man, but he’s still been hugely consistent in a Kerry attack line where few others are operating at this level just now. 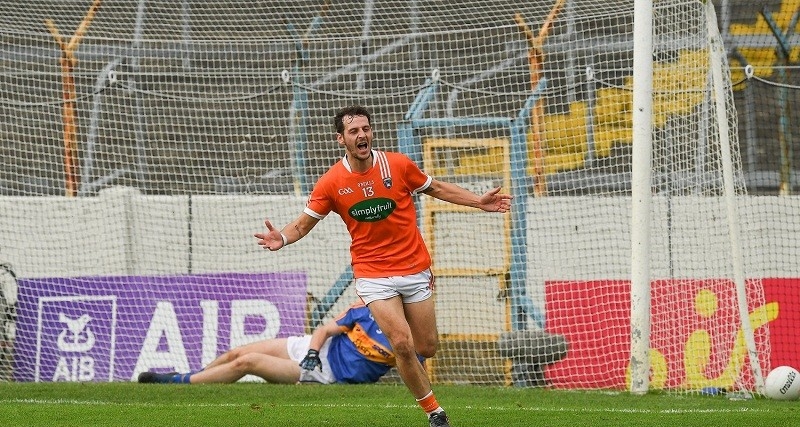 Was it his virtuoso display against Tipperary in Thurles that set him apart, or how he delighted the crowds at Croke Park against a highly-fancied Kildare. In truth, Clarke had a quiet start to the championship season as he failed to find the target from play against Down in an Ulster defeat. He recovered to notch 0-3 in a qualifier win over Fermanagh, but was then black-carded after just 15 seconds against Westmeath. It’s been all gravy since though as he terrorised the Premier by hitting 1-1 as the ball was moved through the Crossmaglen man constantly. The full gamut of his skills were shown against the Lilies at HQ where he scored 0-4 and won the man-of-the-match award. Playing at a new level. 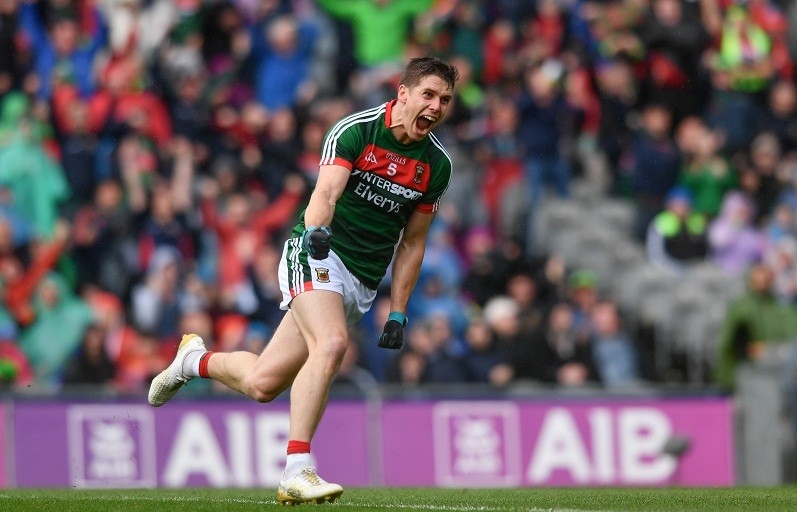 It hardly needs explaining why Keegan’s name is on the list. Without the Westport man, Mayo would not still be in the championship. Roscommon burst out of the blocks in the drawn All-Ireland quarter-final but 1-3 in the first half from the 28-year-old righted the ship. It was even more impressive because he had been moved into midfield to put Rossies star man Enda Smith on the backfoot. Has a county up on his shoulders just now. 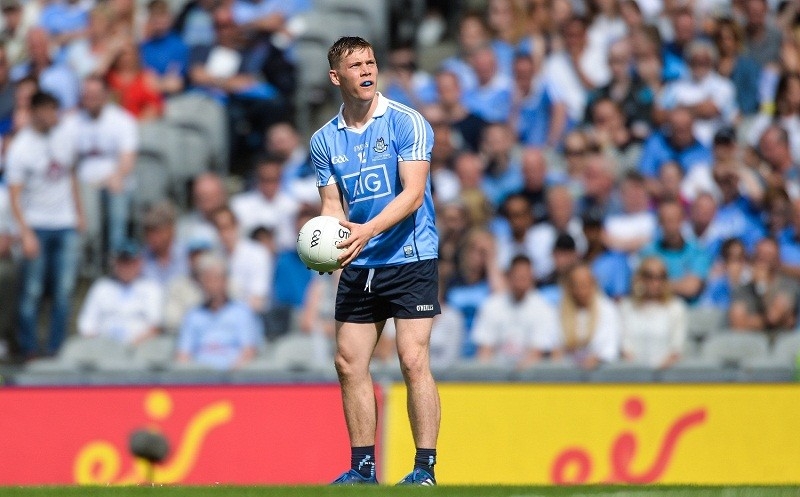 Should O’Callaghan continue his career trajectory, he could make himself one of the best players of his generation. Since September 2016, he has won an All-Ireland SFC; county, Leinster and All-Ireland titles with Cuala hurlers; provincial and All-Ireland Under-21 titles, and scored 0-17 as Dublin won Leinster once more. He was the main man in attack for pretty much all of those. To hit 0-12 in a maiden Leinster final start, with six from play, showed huge maturity. O’Callaghan will be marked tightly from here on in but it will take an exceptional man-marker (insert link to man-marker article) to keep him quiet for 70 minutes. Strength, pace, movement and finishing — hard to beat. 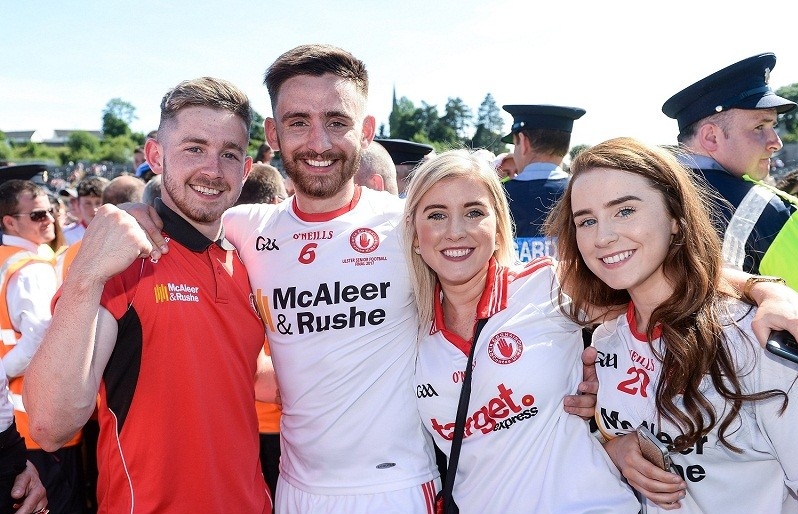 Padraic Joyce referred to Hampsey as a revelation in his column earlier this summer. He came up to score 0-2 against Donegal as the Red Hands won at a canter, and has been a new potent weapon for Tyrone this year. Man of the match both against the Tir Chonaill and Down in the final. What says it all is how Coalisland struggled so badly in the county final replay against Killyclogher after he was dismissed last year. A revelation going in either direction and named as the third-best player in the country just now by Peter Canavan. 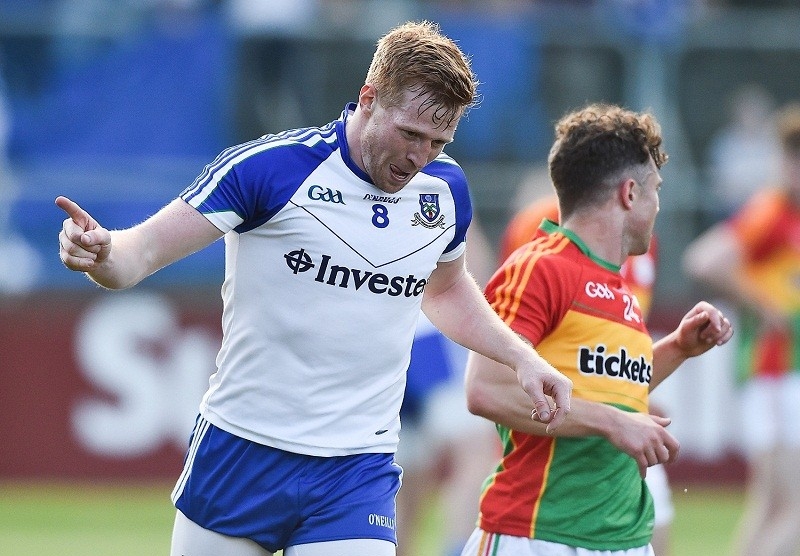 Hughes had a very quiet Ulster campaign, beginning with an early black card against Fermanagh on day one. Since they’ve gone down the qualifier route, he’s caught fire: scoring 0-2 against Wexford, 0-3 in the win over Carlow, and another hat-trick of white flags in the round 4B triumph at Croke Park over Down. His banana shots from distance have been among the highlights of the championship, and his bulldozing forward from midfield gives Monaghan a real impetus. 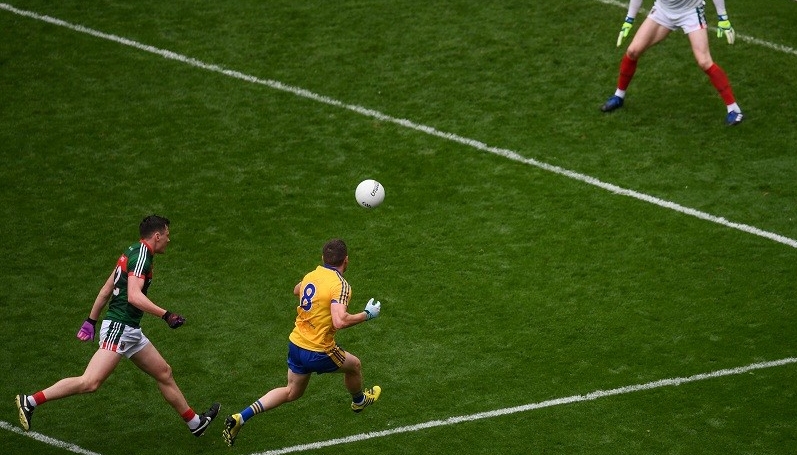 A local paper in Roscommon once referred to Creeg as ‘The Messiah’ after one particularly good display for the county underage side. He didn’t need to produce that kind of display in the easy win over Leitrim but returned 0-2 all the same. Enda Smith was the star man in the Connacht final hammering of Galway but Cregg too played his part, before really making an impact in the quarter-final stalemate with Mayo. The midfielder burst forward to score 1-1 early on, with many still debating if his lobbed goal on his weaker right foot was intentional or not.