A couple of jokers have left the Kerry panel but Paul Geaney tells us who has taken over the mantle. We also find out about the man who went and bought his going-out clothes in Tesco. The Dingle man opens the door of the Kingdom dressing-room.

Who has been your toughest opponent and why?
Marc O Se, definitely. He was just so clever. Before I had fitness and when I was just relying on skill, he was impossible. When I got fitter, I could manoeuvre him some bit. But he was just incredible. At 36, he was still winning the long and short runs, some athlete. Not many corner-backs have his skill.


Team you most like to beat?
At club level, it would be An Ghaeltacht.


Who has been the biggest influence on your career?
My mother and father.


From any era, if you could transfer any one player to your county — who and why?
Maurice Fitzgerald who is involved with us now. An incredible mind; he’s on your wavelength. 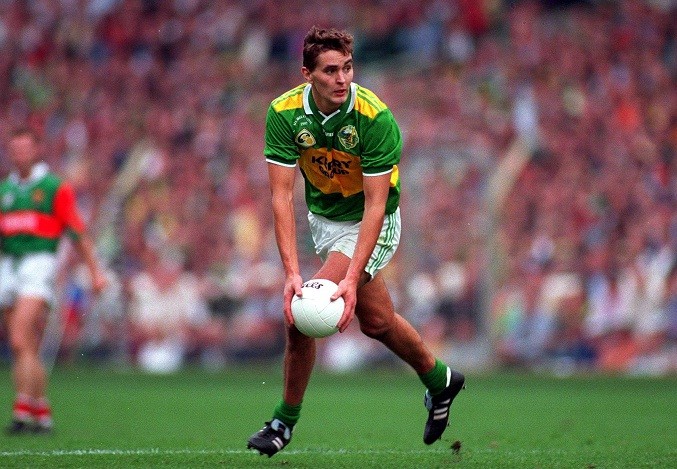 Have you seen any tactical developments in recent seasons — what's caught your eye?
There’s loads. Pat Spillane commented on 1992 when there was one player in the Kerry half and Clare were all behind the ball, and now we’re talking about it. But if you’re hungry, you chase it. Tyrone brought a new bit this year, they went even more refined in the blanket and had more specific roles. The attacking corner-backs are new enough.

What’s the best score you’ve ever seen in real life, any sport?
Gooch’s goal against Mayo when he won a ball, went out away to the 21 and the turned and smashed it into the roof. Incredible. It’s not often a forward goes away from goal with a goal on his mind.

What has been your biggest disappointment of your career?
Losing an All-Ireland final, the nature of it in 2015. We were stuck to the ground that day and it was a poor final as well. Dublin weren’t at their pitch either and it was disappointing. If we played to our potential, that game was there for the taking.

Who has given your team the most memorable motivational speech ever — from inside or outside the camp?
Every team used to have a big speech before every game and that was the tactic; it was reliant on a big speech and everyone getting emotional. You still have the club fellas who are about passion and pride but with county, it’s about playing with your head and you have emotion but it’s not spoken of as much. It’s apparent with their demeanour though. But at club you have to shout about how much it means to you. Vincent Flannery is a club member and he had the Under-21s for ten years in a row, and he’d have a good one and lads would be ready to knock the door off the dressing room.

What's the toughest training camp you have ever done?
They’re all tough but to a level where you can still train the next day. Maybe the first one in 2013, it was so tough that I tore my hamstring making a block down. That was in Portugal and it was hot as well, so it all accumulated. A grade three. If it happened a day later, I wouldn’t have been able to fly away because it was so sore.

Who is the joker on the panel?
A couple of jokers have gone but we still have plenty. James O’Donoghue is one, and Fionn Fitzgerald likes the pranks.

Who is the best trainer?
Mikey Geaney and Jonathan Lyne.

Who is the best dressed?
I’ll give it to Dave Moran because it can be hard to dress as a big man. 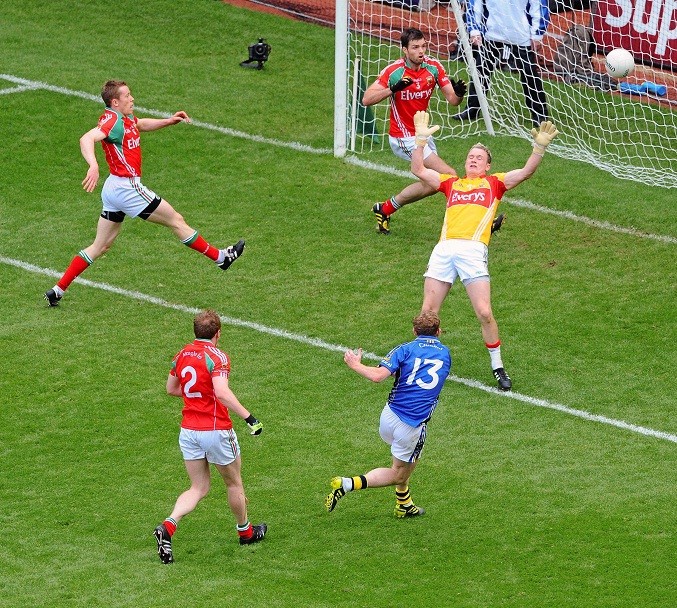 Who is the worst dressed?
Stephen O’Brien. I’ll tell you a story: we were going back from the Sigeron in Galway after losing the semi-final and there was money put together so we could get some drink in Tescos for the way home. Stevo picked up a pair of jeans in Tesco and threw them into the basket, and wore them for two days after! I think he still has them.


Who is the ladies' man of the panel?
Shane Enright.

What player from another sport do you most admire?
Ronan O’Gara. He had his limitations and he knew it, but was still incredible. Johnny Sexton is an unbelievable player but I’ll never see him in the same light. If there was one kick to be taken, you’d give it to O’Gara, you’d trust him.

What manager from another sport do you admire?
Jurgen Klopp, I’m liking him and he’s a bit of craic.