Jonny Cooper: “It’s a way of life for us, it’s what we were born into"

We chatted to Dublin’s Jonny Cooper ahead of The All Ireland Final following Jeff Stelling and Chris Kamara’s visit to his family home beside Croke Park.

When Jeff Stelling and Chris Kamara made one last stop before reaching their Holy Grail, Jonny Cooper’s family home in Glasnevin was a perfect choice.

Cooper (27) has more reasons than most to have blue stars in his eyes as he, literally, grew up with the roar of Croker ringing in his ears.
His mini ‘field of dreams’ now looks like the product of a professional garden designer and provided a picturesque back-drop for his chat with Jeff and Kammy, but it didn’t always look so picture perfect.

“As soon as myself and one of my brothers left Mam did it all up because we destroyed it over the years playing ball!” he laughs. “She’s delighted with it now, it’s her pride and joy.”

His family home is not just a 12-minute walk to Croke Park but equidistant, in another direction, to his club Na Fianna and he could never have played for another.

“I was always destined to be a member of Na Fianna because my Granda was a founder member of the club. My mam and dad, two brothers and my sister are all members,” he explains.

“It’s a way of life for us, it’s what we were born into. There was very little chance of me playing for another club, never mind another sport. I wouldn’t have been allowed!”

Growing up with Na Fianna brought a unique fringe benefit that also fuelled his passion to play for Dublin..
The club, historically, has always provided youngsters to a key role on the GAA’s marquee days.

“I did ball-boy (and water-boy before that job went) at Croke Park for about four years, from the age of 12 to 16,” Cooper reveals. “I probably kept it going for longer than I should have but I wasn’t giving it up - it was too good a job!

“I ended up very close to many All-Ireland finals and big Aussie Rules internationals, right behind the goals and only a couple of feet from the action. I always tried to get down at the Hill end naturally because it was such a great atmosphere.”

Yet history and tradition only takes you so far. The graft and dedication to play inside those famous white lines and eventually become such an integral player in arguably the game’s greatest team ever is down to the All-Star corner-back himself. His dedication and attitude really impressed his visitors. 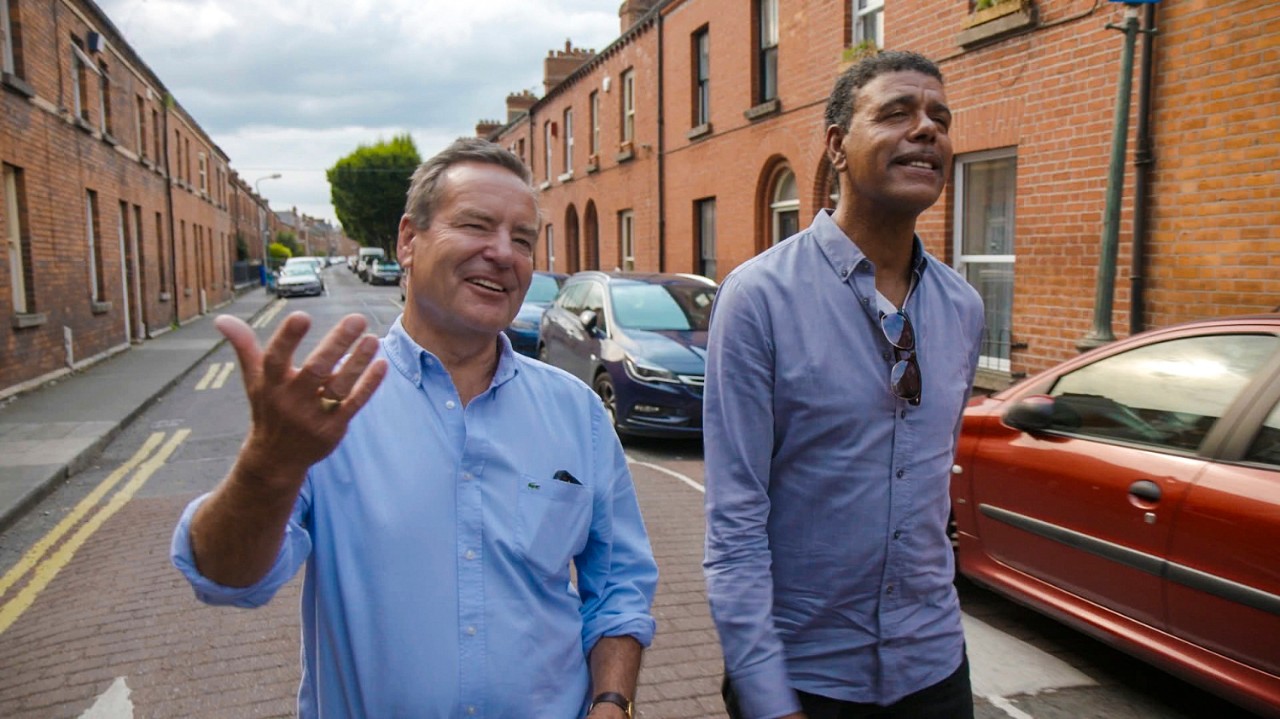 “I think they were definitely surprised at the level of commitment of an inter-county player,” he observes.

“The other thing that seemed to resonate with them was probably the whole connection you have with your club and how the GAA is so family-orientated and still contains such a large portion of your friends.

“Not everyone is lucky enough to play for their county but the club remains such a strong part of your upbringing and your values and your community.”

Cooper also played minor hurling for Dublin before concentrating on football and his dad Brendan is actually secretary of the Dublin Camogie Board; part of that great army of volunteers on which the GAA marches. The fact that the game’s superstars are also ‘volunteers’ really amazed Jeff and Kammy.

“If you’re looking in from outside you might find it hard to understand how there’s 82,000 in a stadium and the people who are performing don’t get any financial reward,” Cooper acknowledges.

“But that’s always the way it has been and there’s a strong inner sense of community and camaraderie there that, to me, is worth more than any currency can give you.” There’s so much more (in the GAA) that people put stock on than money. I think I told them it would be hard to turn down a lot of zeros in your bank account,” he laughs. “But if I was given that opportunity I wouldn’t do it.”

“Right now you’re there for the greater good of something else, be it the club or the county jersey or the opportunity to play with some really special people in Croke Park. That’s so much more worthwhile and energising. The memories you get from it mean more,” he insists.

“As a county player it’s such a privilege to represent your family and your club and all those coaches who put so much time and effort into your development. Not many people see or get credit for all the work that’s put in at club level.”

Cooper has a sports science degree and a Masters in exercise physiology from DCU where he now works as ‘schools liaison officer’ for their recruitment office and is also the Gaelic Players Association (GPA) rep for the Dublin senior footballers.

As the possibility of his fourth All-Ireland medal fast approaches, the flags and bunting are being rolled out across the city but, given its size and demographic, does All-Ireland fever reach the same pitch in the nation’s capital as in rural clubs? 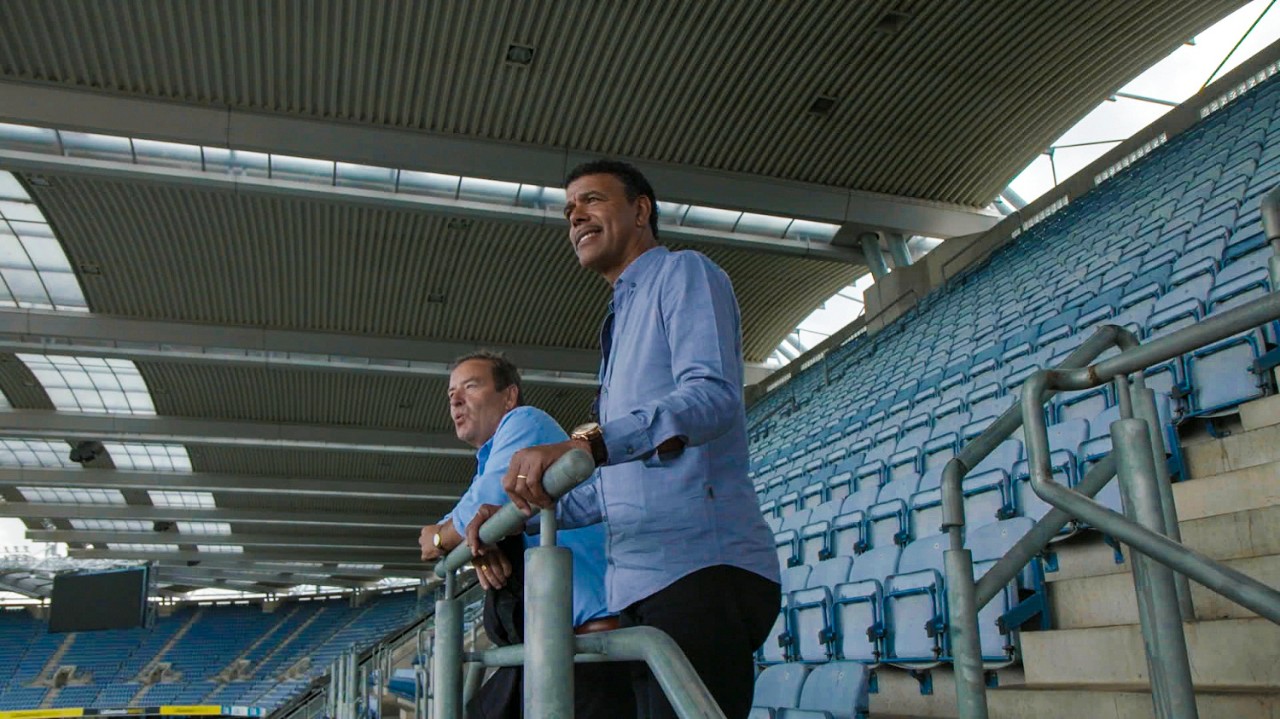 “I think it does,” Cooper says. “When you’re passing in and out of your area and see the colour, the flags in the schools and kids wearing their jerseys, you get a great buzz out of that. It’s a special time.”

“Na Fianna always does various things in the run-up to the final - and I know other clubs do as well - like getting older generations or winning teams together, or having things like Q&As or Legends events.”

“My parish is Glasnevin and so many people there are involved with the GAA club. When you’re in and out of cafes or passing through Na Fianna or in the local gym, they’ll all say ‘good luck!’ Everyone is a part of it.”

“OK it’s different because Dublin is so built up and more people and traffic are passing through. But you still have that core who have been here all their lives and support Dublin as passionately as anywhere else down the country.”

Does living in a city of over 1 million people make it a little easier for Dublin players to stay below the radar these weeks?
“It depends where you work and your area,” he replies. “I’m sure some lads have it a little more difficult in terms of keeping their head down. There’s always going to be distractions whatever way you throw it up.”

“You do get people coming up to you, especially in work. That’s the most challenging place for players ahead of an All-Ireland.”

”But the lads themselves have enough experience now to be as courteous and respectful to people as possible while, at the same time, keeping their focus on the job at hand,” says the Dublin star whose childhood games were played out to the soundtrack of Croker.