Kieran Donaghy: “Aidan was the aggressor, and fair play to him, Mayo will need that in spades Sunday"

Myself and Aidan O’Shea may have been seen smiling away to one another, but the reality was far from that. We were in each other’s faces throughout both games, real physical stuff and when one of us won a ball, we weren’t long in letting the other man know about it. Very little of what was said could be printed here but, if you’d recorded it, I’d say RTE or even Sky would pay a nice few bob to get a half-hour long show out of it.

The first day I’d been half-expecting O’Shea to mark me at some stage, but not from the get-go. In the 2014 semi-finals, a couple of high balls worked out for me and really cost Mayo, so I thought what might happen was that if they got a lead, they could throw one of their big men back late on to ensure they weren’t caught again. It was good to see that the other team was willing to sacrifice an important player to come back and scrap with me. Early on that first day I got my hand on a bit of ball and was able to lay it off, but I was struck by the reaction of the Mayo crowd the time O’Shea won a big ball. Stephen O’Brien sent in a high delivery and I wanted to get up for it, but I felt one hand on my shoulder and O’Shea got his fist to the ball. He then came out with it, and the roar from the Mayo supporters was the very same as if two goals had gone in. I learned a lesson from that. From then on, I knew that I had to starve Mayo of that boost so I brought him on a bit of a tour of Croke Park. You can’t give the opposition any sort of juice, you have to find a way around it.

As for the second day, I know there was a lot of talk about how our playing of a sweeper made my job much tougher, as Mayo could do the same in front of me, but that’s too simplistic. Mayo are the masters of the dark arts and in each game they found ways of getting a man in front of me at full-forward. Whether that was slowing down a free being taken or knocking the ball away so they had time to get back — having the free moved up made no odds to them — it allowed someone to get back in to fill the gaps. There must’ve been at least ten instances of that the first day.

They did a lot right in terms of taking me towards the sideline for kickouts, asking me to track back, and their decision to switch the man on me. It wasn’t always O’Shea on me, it was changing every few minutes – Donie Vaughan, Seamie O’Shea, even Brendan Harrison for a short while – and it can be hard to get into the game and get a feel for how to play your man when that’s happening.

In my book, I had a chapter on how you can't be the reactor in sport, you must be the aggressor. Aidan was the aggressor, and fair play to him, Mayo will need that in spades Sunday. I reacted to the dark arts and ended up getting sent off and losing the game. Other than that, it was as enjoyable a season as I’ve had in over 13 years playing with Kerry. 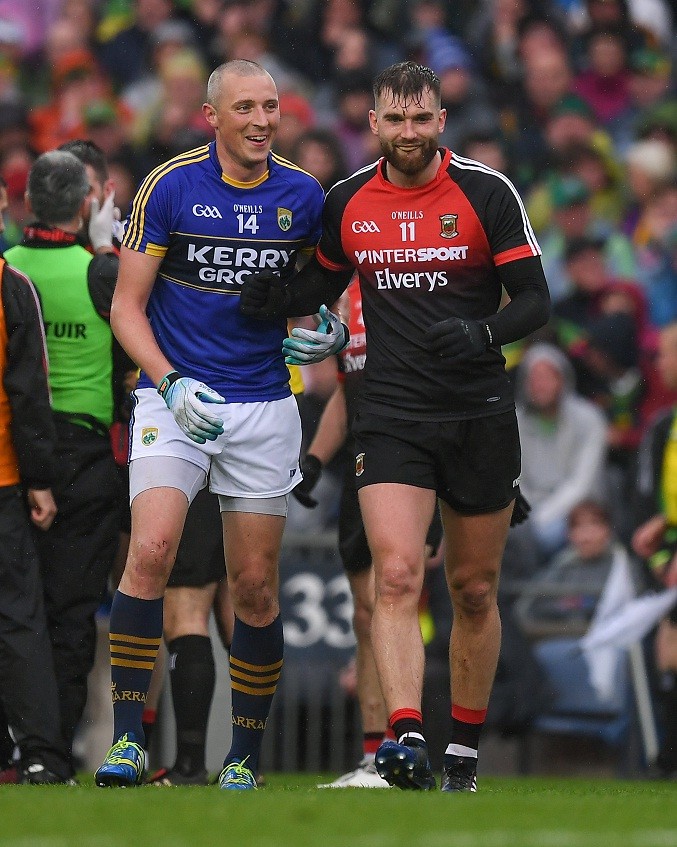 I missed most of the spring but was back in for the league final after just a week’s training. That was a big vote of confidence from Eamonn, to have me on the bench as an option if things weren’t happening for us against the Dubs — just as it was a fierce boost to start in the Munster final against Cork.

We fought on our backs against Mayo but they were the better team on the day. I’ve played in eight All-Ireland finals and I’ve lost four of them, and as a player you know it’s down to who is the better side on the day. I don’t accept that Stephen Rochford has better players at his disposal. We didn’t perform; they did, and credit to them.

I haven’t had a chance to think about playing for Kerry next season because I haven’t had a moment’s rest since the inter-county season ended for us. It’s been right back at it with Stacks and basketball, not to mention that baby number two is on the way. So I’ll come to that decision another day.

Mayo have been so good and so resilient for so long. Even starting out back in 2012, they didn’t lie down after a desperate start against Donegal. This season, they have the cut of us in 2009 — we weren’t flowing at all but managed to claw our way through the back door, before finally hitting top gear against Dublin in the quarter-final. We ended that year with Sam.

That’s the hope you’d have for Mayo. The Dubs can be beaten, I think we proved that this year in the league final. Mayo know from last year, even though they didn’t get across the line, that they can do it. But Dublin have all the firepower. I’m not sure the power of their defence gets the credit it deserves. When you win an All-Ireland, everyone talks about the forwards but, as they say in American football, defences win championships. Their All-Irelands have been built on that.

Jim Gavin’s men are so united out on the field. They’re in your face, and like Mayo, they’re at everything a set of backs should be at to win a game. At the other end then, you could pick two forward lines; I’m not joking you on that. Imagine being a Mayo back and you have been picking up a brilliant player for 50 minutes, and then an All Star or a former Footballer of the Year comes in. You’re already worn down from the first job, and then this is thrown at you. That’s a huge task for Rochford and his backs especially.

Momentum is such a huge thing. A few years ago, you could get a score against a team, including Dublin, and they’d lump a kickout into the middle and you might win it again, get a few scores on the bounce. Dublin’s response these days is to work it short, hold onto it as long as they need to, and then punch through to raise a flag themselves. Seventy thousand people are roaring their heads off, your momentum is gone, and instead it has swung Dublin’s way. 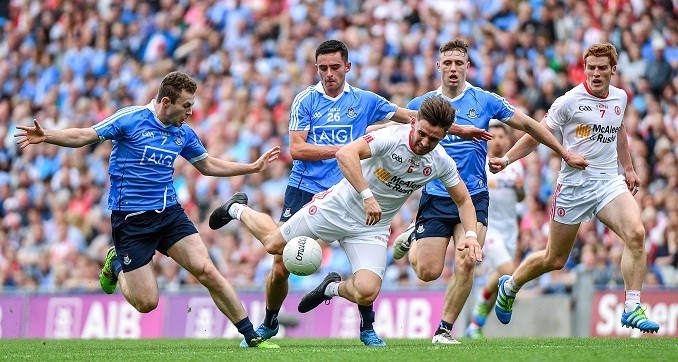 That’s why you absolutely have to push up on Stephen Cluxton. Try – hope – to unsettle him. I think it’s pretty clear that both teams must press high to win this final. With Sam on the line, a player also has to be willing to do whatever it takes to win the game, even if it means running over to the corner flag for the day to distract his man — it doesn't matter. You’re waiting 11 months for this. So you need to push up and force him to go long. That's the only way you can hope to get a run of scores and own the momentum. Dropping back is handing them the initiative. This is the key area.

The teams know each other so well at this point and there’s been very little to separate them in the past couple of seasons. Mayo haven’t had the rub of the green in finals but maybe this time Lady Luck will look to the west. It’s going to be a game won on inches, it’s that close. But when you look at how the introduction of scoring substitutes made the difference for Galway in the hurling final, at a time when Waterford had nipped ahead, you could see a repeat here.

The Dubs to win by an inch.