Liam McHale: “You need to prepare for Mayo being in your face, and that was the plan, but it’s a massive challenge.”

I played for Mayo for a decade and a half, and not once did I come up against Dublin in championship football. We won seven Connacht titles during that time and locked horns with Meath, a fancied Tyrone, Cork, and all the big hitters of that era, but always managed to avoid the Dubs.

That’s a big regret of mine because there’s just something special about taking on the capital in Croke Park, not to mention playing into the Hill when it’s full to the gills.

I was called into the Mayo panel after the drawn All-Ireland semi-final in 1985 and was sitting on the bench for the replay, which they won thanks to a couple of Kieran Duff goals and five Barney Rock points.

I was in the team then for the league of ‘86 and eventually would play against Brian Mullins and Jim Ronayne, which was a great experience. But no, not in championship, because the teams strangely wouldn’t meet again until that famous 2006 semi-final when Ciaran McDonald curled over that beautiful winner. A 21-year gap, no less.

A serious rivalry has developed between the counties since then though. This will be the eighth summer meeting in 11 years, and there’s just 0-5 between them in Dublin’s favour — thanks largely to a seven-point replay win in 2015. Why are they so close? Well, because Mayo get right up in the Dubs’ faces and don’t come out of them for the full 70 minutes.

If you look at most of their recent meetings, Dublin haven’t truly hit top gear and that’s because they weren’t let. The bottom line is the same though: Mayo could play well and not win, whereas Jim Gavin's side might again come up short in terms of performance but still lift the cup. 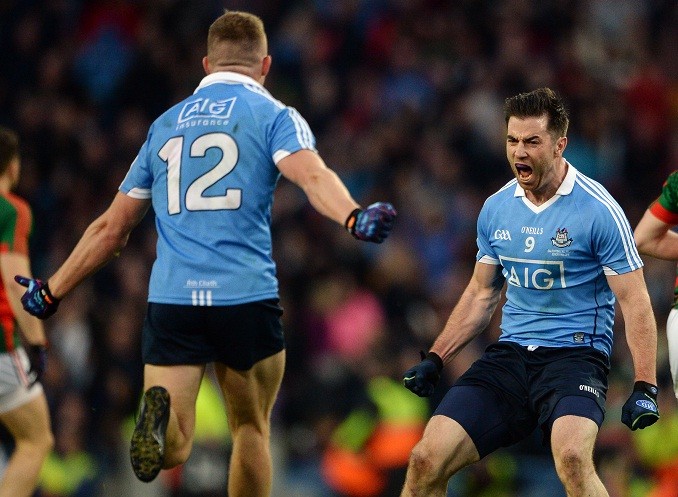 I was a selector with Kevin McStay in Roscommon this year and it was tough at times keeping confidence up after losing six of seven league games. Against my native Mayo in the All-Ireland quarter-final, only Seanie McDermott had played on this stage before with the Rossies, so that was a steep learning curve. Ahead of the replay, Kevin and I thought the team were in a good place but Mayo jumped all over the boys and the goalkeeper.

You need to prepare for Mayo being in your face, and that was the plan, but it’s a massive challenge. In training, you would hope to have an A v B game where you expose the starting XV to the circumstances they will face on the big day. But how on earth can you expose them to that? Dublin are the exception because of the depth of their panel. Their B team in training could possibly play an in-your-face game that would somewhat prepare their starters for what Mayo will bring. Or, if not quite at that level, then maybe not far off it. They have that much quality and athleticism in reserve.

It’s interesting how long it took for Mayo to get going this year. They laboured against sides they should’ve beaten well during the qualifiers, and that after Galway won their Connacht battle, and I just think the qualifiers didn’t do it for them. That’s how you end up struggling against mediocre teams. Then a big crowd at Croke Park puts the fire back in the bellies once more, it reawakened the green and red.

Stephen Rochford is very well got in Mayo. He’s a nice lad and was part of that Crossmolina team that won and lost club All-Irelands. They were a big rival of ours at the time. Yes, people were not happy after losing to the Tribesmen and struggling through the qualifiers, but it’s all about making the latter stages and All-Ireland finals. The people are behind him.

It’s strange how both of his seasons have followed very similar paths. Losing in the province and then gaining momentum through the back door. I think Mayo should’ve won the All-Ireland last year, and who knows this Sunday.

I wouldn’t be an emotional sort, even when I was a player, I just saw an All-Ireland final as another game. There’d be no shouting out of me, or any of that, but I’m really looking forward to this game and I'm really hoping that Mayo can do it. It’s amazing to think it’s 1951 since we last lifted the Sam Maguire — drawing two and losing eight finals in the meantime.

It probably goes without saying that my toughest day was the 1996 replayed final when myself and Colm Coyle were sent off. Like the Mayo team of now, we were aware that our opposition — Meath — were a great team at that time. There is a similar aggression and never-say-die attitude there. But we had drawn with them and spent the two weeks before the replay thinking we had a right good shot.

Losing to Cork in the 1989 final was also very tough. We should've won in 1996 but were poor in 1997 against Kerry. We had our chances over the years but we didn’t pull away when the opportunities were there. You’d be hoping Rochford’s team don’t end up the same way. 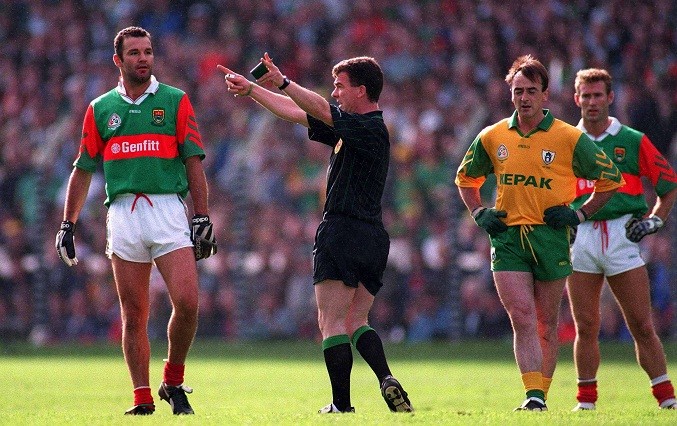 So what does he do to prevent that happening? Well, it’s tough because Jim Gavin — not to mention myself and those reading this — would have a good stab at picking 13 or 14 of the starting XV for Mayo, which gives him huge scope to prepare. Whereas it’s very different for the Dubs who have so many potential starters, including a host of All Stars and Footballers of the Year who were in reserve against Tyrone. Options means unknowns. Michael Darragh Macauley has a history of playing well in these games so maybe he will be rolled out.

I was a midfielder and I’m not sure I’d have liked the job Aidan O’Shea was asked to do against Kieran Donaghy in the semi-finals. He really sacrificed himself for the good of the team. For the final, I don’t think midfield against James McCarthy and Brian Fenton would suit him; I’d like to see him at centre-forward and drifting into the square. Perhaps full-forward because if enough ball goes in, it will break off him for the likes of Andy Moran and Cillian O’Connor. But again, there’s only so many switches Rochford can make, whereas Gavin has a host of options. The cavalry he has could prove to be the difference. Imagine if Keith Higgins has spent 55 minutes chasing Paul Mannion or Paddy Andrews, and then Bernard Brogan comes in full of beans. That’s the challenge.

I think if Mayo could keep their turnover count under 20 and the wides fewer than ten, the game is there to be won. Rochford’s men aren’t afraid of Dublin and we’ll push them all the way.