Padraic Joyce: Mayo must push up, get tight, and take the Dubs out of their comfort zone

It was touching to see Tony Keady’s family at Croke Park as Galway won the hurling All-Ireland. It may have offered them a moment's solace, but it was strange not to see the man himself, as you were always sure to meet him somewhere up there on the day. Tony was one of the best characters I have ever met and you always left his company with a smile on your face. He will be sadly missed and always remembered whenever Galway hurling is mentioned.

The county has gone wild since the win over Waterford, but I can only imagine it would go crazy altogether if Mayo did the job on September 17.

We saw how big a factor refereeing was in the hurling final, with Feral Horgan really letting the game flow well but, at times, it worked against the players. I remember a few times players getting pulled for over-carrying even though they had been fouled in possession.

Joe McQuillan has a huge job and I know he has taken some flak for how he has refereed big games between Dublin and Mayo before, but I think these things balance out. Without doubt, the two best teams are back in the final. There’s a huge gap back to the rest, the All-Ireland semi-finals tell us that much. Kerry might have brought my neighbours to a replay but they had been hanging on, and there was only one side truly in the replay.

Tyrone had a bad day at the office against Dublin and they really needed to have more than one game-plan — you need to be able to adjust depending on whether you are in front of behind in Croke Park. They didn’t, and that’s the challenge for Mayo against the blue machine.

I’m glad Mickey Harte has been installed for another three seasons, better the devil you know they say, but he needs more than just a 5’4” Mark Bradley playing alone inside, outnumbered three-to-one. That won’t work. Mickey has done so much for Tyrone over the years in developing players and they just need two to three new players up front and they won’t be far away in a couple of years.

But let’s be honest: Kerry and Tyrone don’t have the players to compete at the highest level right now. A decade ago, when they were winning All-Irelands, they had a higher calibre of footballer in their teams. They’re a long way off that, and the super level of talent you need to win an All-Ireland.

Just think of how far off Ulster are as a whole when you consider Tyrone are being pasted like that, and Monaghan before them. Leinster are absolutely terrible too. I don't want to go too far into talk of structures but the provinces are a dead duck and with the top two so far ahead, I feel we will get a lot of meaningless games in the Super 8s next year. I don’t think that’s going to help develop counties, which is what we really need. 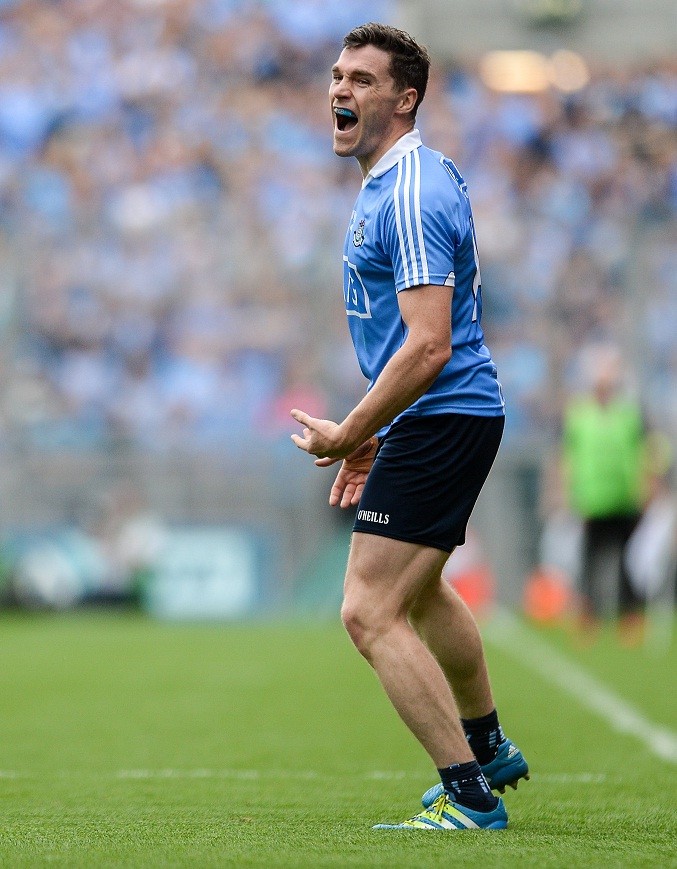 I found myself leaving Croke Park after the two semi-finals wondering who, outside of the top four teams, would want to be an inter-county manager? There’s just so much work in it, and so little chance of shocking the GAA world under the current structures. Granted, you may pick up an odd provincial title but it's really all about the Sam Maguire for players.

Just look at the hurling, where Galway and Waterford provided us with a novel final. When are Dublin next not going to be in an All-Ireland football final? It will be the next decade at least. We need a complete overhaul to get more teams competing and dreaming of big days.

Rumour has it that Jim Gavin played 15 men against 17 in his A v B games just to get them used to blanket defences, which is not rocket science as John O’Mahony used to have an extra one or two in the B defence to test our patience as forwards years ago. Any team with aspirations will be getting their players used to pressure and numbers in the opposition defence. Hence why they are so comfortable and patient, waiting to punch holes.

The one thing Mayo must not do is sit back and wait for the blue wave to come at them. Push up, get tight, and take the Dubs out of their comfort zone. If I’m the Mayo boss, I don’twant to see Jonny Cooper and Philly McMahon waltzing up the field uncontested. I want to see someone ripping the shirt off their backs trying to get at the ball. Dublin haven’t been tested yet in 2017 and, looking at the past few finals against Mayo, they haven’t truly played particularly well. In 2013, Bernard Brogan did the damage on his own with 2-3, and last year the capital side fell across the line.

Stephen Rochford has taken them the long road to September and learned a huge amount about his team along the way. It’s character-developing, it affords an opportunity to address weaknesses that you don’t see in the league, and he has learned to leave Colm Boyle on the field a lot longer. Will it be enough to beat the Dubs?

Mayo obviously need to put pressure on Stephen Cluxton’s kickouts at various times. We saw Kerry do it one year ago and they made plenty of hay out of it. Don’t let the Parnell’s man pop handy kicksout into space, get tight on your men, and force him to go long so you have some chance of contesting possession. But it’s easier said than done.

Stephen has revolutionised goalkeeping in GAA; I see junior goalkeepers in Galway thinking they are Stephen Cluxton! Not alone have you to mark your man but you also have to be very aware of the space around and behind you, so you don’t leave room for another Dublin player to run into and gain possession. I am sure Mayo will have worked hard on this over the past few weeks. Jim Gavin no doubt, will expect that, but let’s see them figure it out.

Mayo need to leave four men in attack at all times, inside the ‘45 in fact. Andy Moran, Cillian O’Connor and Aidan O’Shea would be among them, for my money. I’d even consider putting O’Shea into full-forward at times — it may not have worked one year ago but the service into him was terrible. Good ball, and he can be devastating in there. 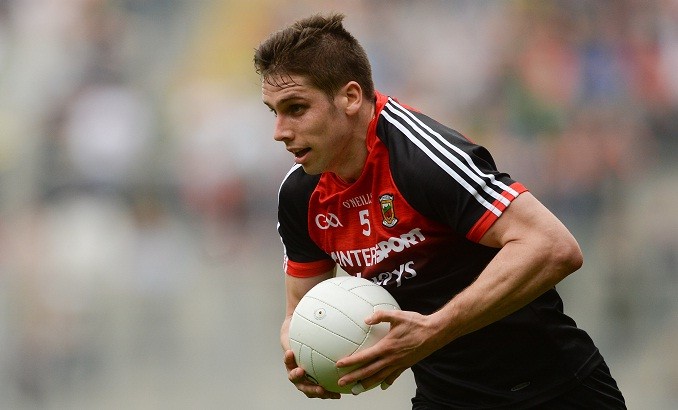 But the last thing that Mayo need is to see Cillian O’Connor constantly out the field chasing down defenders. They need him staying closer to goal so that, in the final 20 minutes, he is the one taking on the shots. O’Connor and Moran, they should be nominated as the shooters late on — because it’s an area where they struggled against Galway, in the Kingdom drawn game, and in previous finals.

The ball should be worked to them or even Lee Keegan if he is up there. The rest should not be having pot shots, hoping for the best. If Mayo get frees in the opposition half of the field, outside scoring range, they need to have set-pieces worked out so that they can trouble the scoreboard at vital stages when needed. The Dublin bench has some serious heavy hitters on it so when Jim opens the gates of his bullpen, Mayo need to act and deal with the specific subs. Mayo have enough on their bench to make an impact also so this battle alone will be fascinating.

They also need to stop Dublin scoring goals especially inside the first 20 minutes. Rochford’s side have to dictate the pace of this game from start to finish and produce their greatest ever display to win Sam Maguire.

A lot will boil down to the players on the day, who can produce that brilliance, that magic or something different that we haven’t seen all year to help their team across the line. Mayo need someone to really take the game to the Dubs if they crave a score heading down the stretch, and also to keep their wide-count down.

Look, Dublin will widen the field and hem in Mayo. The strength of the green and red is carrying the ball from source but we saw the way Dublin dealt with this tactic from Tyrone, and this is the area Gavin will go after. Tom Parsons and the O’Shea brothers might be around the middle, and there’s a good chance the Dubs will bypass this strength of the opposition. That's what Gavin, Declan Darcy and Jason Sherlock do so well.

It’s hard to look past Dublin but Mayo have been written off 40 times before. Last year black cards and own goals killed them, but maybe it’s their time to have some luck. They have to win one eventually and, like Joe Canning, a lot of their players deserve to reach the holy grail. But, like Joe, they have to earn it and earn it against the best football team I have seen.