Peter Canavan: “There’s still very strong club rivalry up here in Tyrone and you have to respect what’s going on in clubs.”

Well OK, Kammy’s timing under a high ball was seriously questionable and saw him unceremoniously up-ended by one crunching tackle.

More of that later but the pair came primarily to observe the initial step-up in standard between club and county football, and also to get an insight into the levels of professionalism now demanded of county players. Watching Tyrone’s U17s train proved the perfect fit.

The Red Hand teenagers have since gone to Croke Park and beaten Roscommon in the inaugural All-Ireland final of that grade.

Their visitors also had an ideal guide in Peter Canavan, and not just because he’s now coaching Tyrone’s U21s and remains one of the greatest gaelic footballers of all time.

Peter the Great is also a parent and two of his sons are involved in Tyrone’s ‘academy’ system. So he has seen, first-hand, the difference in under-age set-ups since he first burst onto the inter-county scene.

“When we were growing up there were no academies. Tyrone minors was your first opportunity to play with the county. Now they’ve opportunities to train and play against other counties from 14 upwards”, he observes.

His son Darragh was among those Jeff & Kammy saw in action and he went on to star in the All-Ireland U17 final, scoring 1-3 including a sensational goal off the right wing that looked straight out of his old man’s play-book.

Younger brother Ruairi is already in the Tyrone U14 panel and also gets to train sometimes in the incredible facilities in Garvaghey - an opportunity unlike anything his father had at the same age.

But Peter stresses that ‘opportunities’ are exactly what they are and this is the core of Tyrone’s underage philosophy.

“Our academy squads have big panels to give an opportunity to as many as possible but there’s no guarantee that fellas are going to come through to a minor or U21 squad”, he stresses.

”You are giving them an insight into what’s going on. In Garvaghey they’re getting to meet and see the senior team training and realise that they’ll have to work very hard. They’re also meeting fellas from other clubs at a young age, there’s a social side to it.” 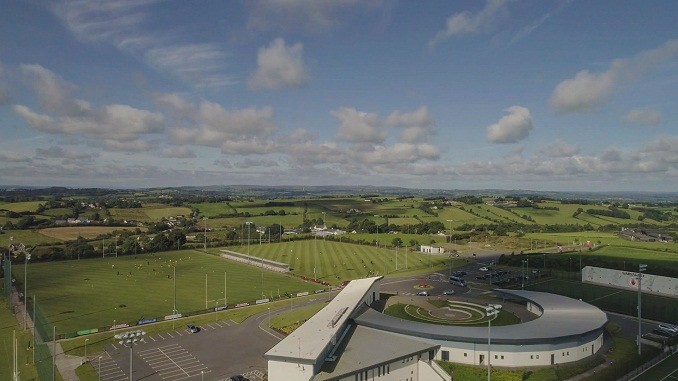 “Training’s all about quality rather than quantity at that age. You can’t expect young lads from different parts of the county to come to Garvaghey on a regular basis because it’s more than an hour from some of our clubs.”

”When they do come it’s all about the quality of work they’re doing. Sometimes there’s specialist seminars, like a kicking session with Stephen O’Neill or a goalkeeping one with Ryan Morgan. It’s all about quality work and enhancing what’s going on at club level”

“There’s still very strong club rivalry up here in Tyrone and you have to respect what’s going on in clubs. The county scene doesn’t diminish that, it should be enhancing it.”

Garvaghey means the county’s underage teams no longer have to beg pitches for training and, as a PE teacher and now Director of Sport in Holy Trinity College in Cookstown, Canavan has seen first-hand how others also benefit from it.

“Ulster Schools use it for matches because it’s very centrally located, and when I was up there last week there were club games going on. Some clubs don’t have floodlights or a 3G so they can use the facilities in Garvaghey on a user-pay system. Between the county teams, academies, clubs and schools, it’s always very busy.

“People in Tyrone are fanatical about gaelic football and I see the effort and commitment that’s being made,” he expands. “It mightn’t have looked like that last Sunday but there is serious work being done up here.

”The intercounty boys are seriously dedicated and what they’re prepared to do in order to succeed for their county is remarkable. So it’s every bit right that they get to train somewhere suitable.

“Dublin, in particular, are moving on and if we want to compete with these teams we have to try and give the boys every opportunity we can to do well.” 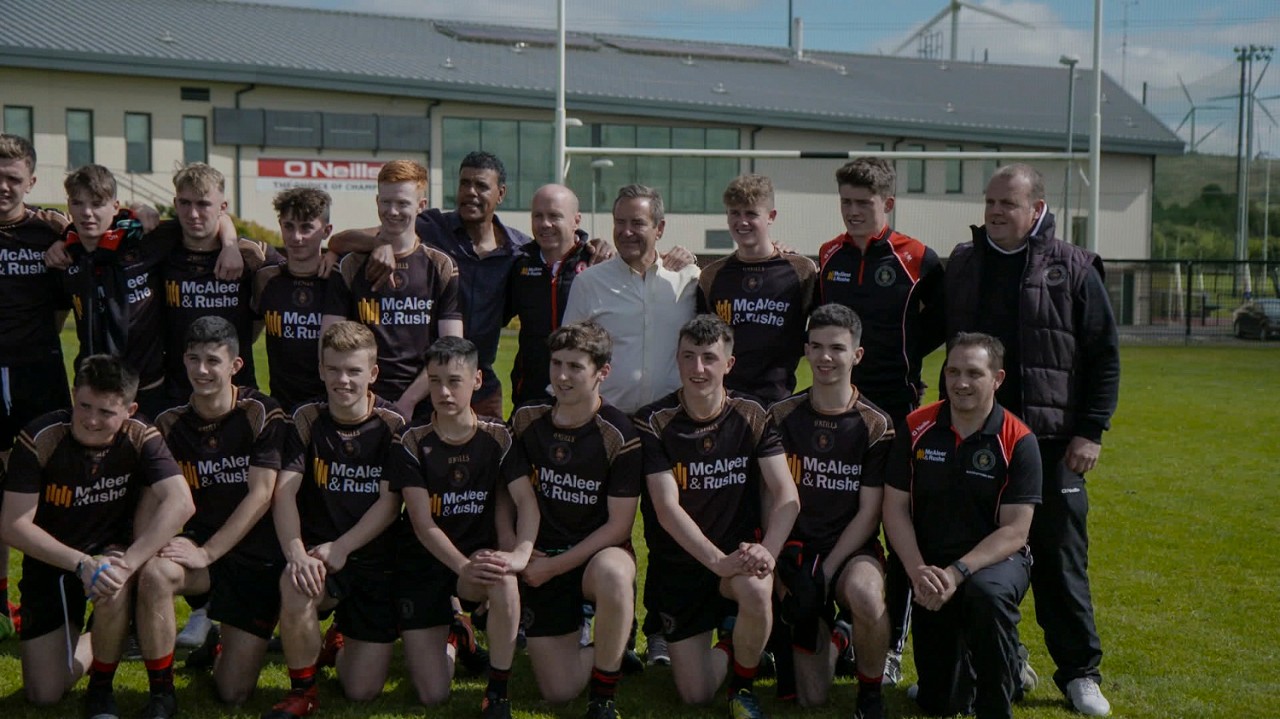 “It was their first time to see a higher level than club football and they seemed impressed. They were very quick actually to spot different skills and rules the players were performing. The terms they were using were spot on.”

“They asked good questions and were genuinely enthusiastic. I know Micheál O Muircheartaigh has given them some tips and he seems to have them well-schooled”, he adds.”

“I don’t think they’ll have any difficulty when it comes around to the All-Ireland Final but it will be interesting to see what they make of the game at the very top level.

“Their episodes seem to be coming across really well and are getting a lot of views. The only thing that went wrong that night was that Kammy was put on his ass,” he laughs.

That was pre-scripted surely?

“No! I’d like to take the credit and say it was a set-up but I can assure you it wasn’t!” the Errigal Ciarán star chuckles, revealing the identity of Kammy’s red-haired tackler/assassin as county U17, Caolan Slevin.

“I don’t know what notion he took but Chris learnt a hard football lesson anyway,” he quips. “When the ball’s there you go for it, you don’t hold back or you’ll end up on your backside!”

In fairness the Dromore teenager did tackle him illegally. His unmerciful dunt didn’t meet Kammy shoulder-to-shoulder as required, but smack in the middle of his chest.

“Aye, it would have been a free-in alright,” Canavan admits. “It’s certainly made Caolan Slevin the most famous man in Tyrone right now on YouTube!”