The Clubs that fuel the Mayo seniors

Without clubs, there would be no inter-county All-Ireland champions. Each parish in the country is developing players and hope someday to see their little Jack or Jill pulling on the county colours. Ahead of the All-Ireland final clash with Dublin, 18 different clubs are set to be represented by Mayo — based on the match-day 26 for the win over Kerry.

The club first lined out under the name Annagh Rovers in 1889 and, 128 years later, the same name is being used for the minor amalgamation of Aghamore and Ballyhaunis. In the seventies, Annaghmore joined up with Kilmovee at senior level to form Shamrocks, winning the clubs’ only ever county senior title in 1977. Alan Freeman and Brendan Harrison are two of their recent county stars.

Four miles inside the Roscommon border, administered by Rossies’ County Council, but home of Seán Flanagan, the Mayo star who is still one of only six men to lift the Sam Maguire twice. Like Moneygall which is on the Tipperary-Offaly border, Ballaghadereen is a club torn in two by allegiances. Three times they have been Mayo county champions, most recently in 2012. The town was once a part of County Mayo but became a Roscommon town under the Local Government Act of 1898.

The home of Liam McHale, who retired a year before they became All-Ireland club champions in 2005, six years after Crossmaglen had their number. David Brady’s post-match interview says it all. The club has a record 36 county titles but none since 2007.

Three times the Mayo hurling champions (1973, 1976 and 1977). Star man Donie Vaughan was born in Cork, and then moved to Castleisland in Kerry where he lived for half a decade, before his father John became manager of the Jennings Meats factory in Ballinrobe.

James Horan represented the county with distinction and eventually as manager of the county but, in between, he would lead Ballintubber to a maiden county title in 2010. Mayo minor captain Cillian O'Connor would play a big part, as would two-time All Star Alan Dillon and Jason Gibbons. They won two more championships since.

Their only two county senior title wins are as far back as 1958 and almost a century ago in 1918. The home of Keith ‘Zippy’ Higgins are looking for a four-in-a-row of hurling titles in 2017.

Home of the great Billy Joe Padden and Willie Joe Padden, and these days it’s Chris Barrett keeping up the county tradition.

Breaffy have never won a county title but they continue to fight the good fight. There are three O’Sheas on the one team — but more interesting is that Tommy O’Reilly plays for Breaffy, while his brother Eoghan lines out for Castlebar Mitchels.

A club made famous by the inimitable Colm McManamon. The Newport man of steel played for the county for 12 years up until 2002, winning three Connacht title and playing in three All-Ireland finals for Mayo. Liam O’Malley and Conor Moran are another couple of Burrishoole stars to line out for the county but these days it’s Jason Doherty taking up the mantle. Under McManamon, Doherty lost intermediate county finals in 2010 and 2011.

They've lifted the Moclair Cup in three of the past four seasons and featured twice on Paddy’s Day, each time coming second to Dublin sides in St Vincent’s (2014) and Ballyboden (2016). Yet for the semi-final clashes with Kerry, the most consistent club in Mayo had no starter. Perhaps, in a roundabout way, Paddy Durcan’s position as an impact substitute is actually quite a compliment. 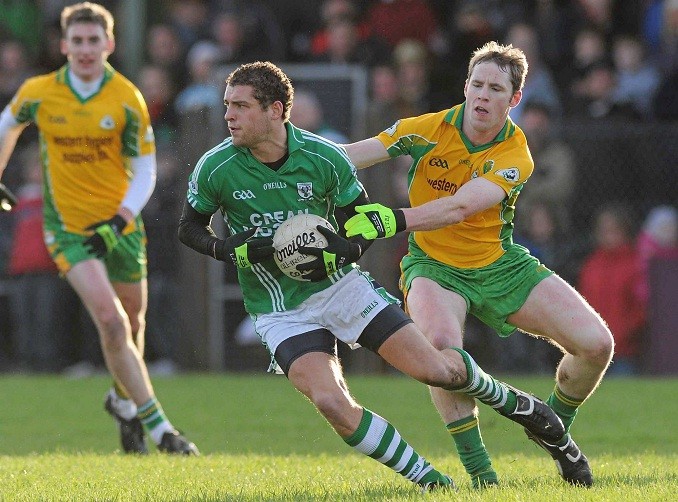 Located in north-east Mayo on the Sligo border, John Casey, Aidan Higgins, David Tiernan, and Tom Parsons are among those to star for the county. Charlestown ended a 99-year wait for a Mayo title in 2001 but young Parsons wasn’t of age until the 2009 victory.

Home of James Nallen and iconic forward Ciaran McDonald. The club won the 2001 All-Ireland club championship and were runners up in 2003. Conor Loftus made a huge impact off the bench in the All-Ireland semi-final replay against Kerry, trusted by his Crossmolina clubmate Stephen Rochford.

Nally wasn’t even born when Garrymore lost an All-Ireland club final to Nemo Rangers in 1982, nor of course was he when the club lifted the inaugural intermediate crown in 1965.

Coen led the side to a 2015 intermediate county title and they went on to shock Ballintubber in the senior competition in 2016. In between that, they had won a Connacht IFC title and made it to the All-Ireland final, losing to a Maurice Fitzgerald-managed St Mary's — a man who specialised in upsetting Mayo as a player. The club of Hollymount/Carramore only came into existence in 2011 after the underage players had been together as St Gerard’s from 1993. Former Mayo corner-back Ray Connelly was on the Hollymount team that won a Mayo senior title in 1994, and also played for Hollymount/Carramore team that won the Intermediate crown 21 years later. Noel Connelly, joint-manager of Mayo with Pat Holmes from 2014 until 2015, also starred for the county. 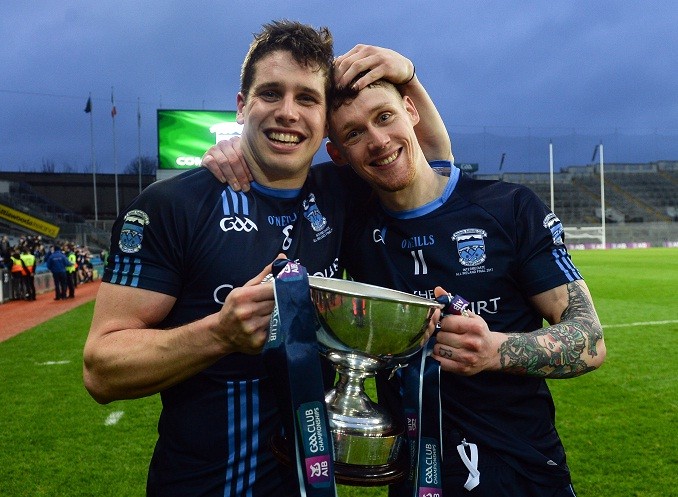 The reigning All-Ireland IFC club winners, powered by Kevin Keane and Lee Keegan. Hailing from in a corner of Clew Bay underneath Croagh Patrick, they claimed the holy grail in 2017 against Meath’s St Colmcille’s. Westport have lost all eight Mayo senior finals they have contested.