As once explained in ‘The Simpsons’, where rival characters from the towns of Springfield and Shelbyville looked almost identical, club rivalries often come down to warring neighbours. Even though the lads (or ladies) just up the road are doing the same training, are cut from the same cloth, and are the same sort of folk, nothing will do only to show them who’s boss. The determination not to be shown up is so often the genesis of club rivalries. In the first part of our club rivalry series, we look at Munster hurling clubs.

There was a time when almost every club in the county was sick to the teeth of Toomevara, as they chalked up 11 county titles between 1992 and 2008. They’d regularly stop off in Borrisoleigh on the way home from winning the crown in Thurles, where the locals would remind them which was the only club to win an All-Ireland club. These days, Toom’ are not the force they once were, whereas a side they beat in five finals — Thurles Sarsfields — are the kings of this jungle. Due to proximity, and how regularly they have met in the mid championship as well as the county, Sars’ rivalry with Seamus Callanan’s Drom-Inch has been the biggest recent rivalry.

For a long stretch from the 80s to the early 2000s, the big rivalry in Waterford was Mount Sion v Ballygunner. Perhaps now it’s De La Salle v Ballygunner. In truth, it’s everything but the kitchen sink any time there’s a match-up between any combination of these three. There was the famous final of 1999 when Ballygunner defeat Mount Sion amid woeful scenes at Walsh Park, with running brawls involving players and spectators. The second half of the game lasted 40 minutes and 26 seconds, with Paul Flynn notching the final point, as three players were dismissed. While Mount Sion have failed to win a county title in the past decade, De La Salle have become the new threat by winning three. They beat Ballygunner in 2010 but their semi-final a year later was tempestuous at best. A red card for Páidi Nevin of DLS was followed by a row when both sides went up the tunnel together. Safe to say they don’t like each other. 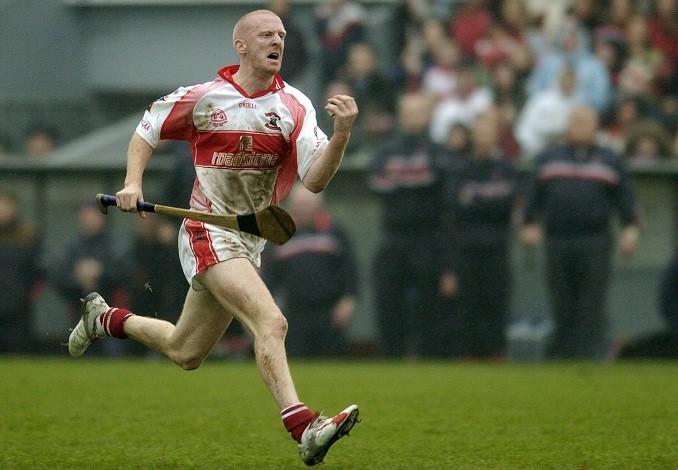 Blackrock might lead the roll of honour but Glen Rovers and St Finbarr’s have many times been in the thick of it too. In some ways, these are the local big three in the same manner that Kilkenny, Cork and Tipperary have been on the inter-county scene. But the Barr’s have fallen down the pecking order, not appearing in a county final since winning it in 1993. Meanwhile, the Rockies last lifted the crown in 2002. These days, the Glen have been to the last three finals, losing to Sarsfields in 2014 before gaining revenge a year later, and then backing it up against Erin’s Own in 2016. So right now, Glen Rovers v Sarsfields has been to the fore — with the sides needing extra time and a replay in last year’s group stages, won by Sars. They are separated only by a hill but there’s not much poison. Certainly not anywhere approaching Barr’s v the Glen. levels.

Ballybrown v Patrickswell hail from the same parish, and most recently played in the 2016 county final that the latter won by a cricket score. This weekend, there will be a replay their quarter final — with the first game ending in a lot of pushing and shoving. In terms of one-upmanship, you need only go back to 1990 and 1991 when first Ballybrown and then The Well made it to the All-Ireland club finals — though both lost to Glenmore and Ballyhale respectively. Ballybrown have won two Limerick titles in their history, but lost four finals — each to Patrickswell. 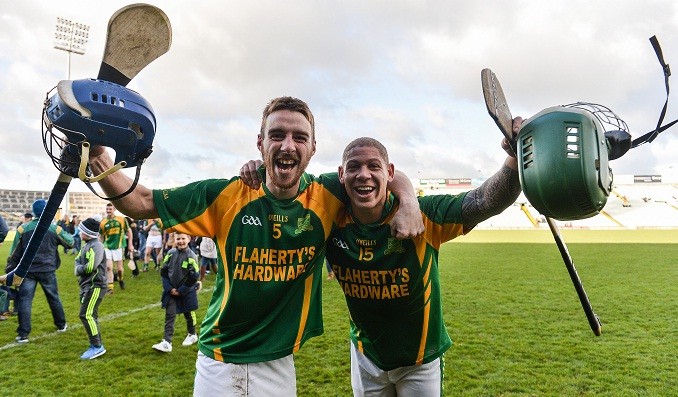 There could be only one answer here: Kilmoyley and Ballyduff. As of the 2016 final won by the former, they sat level on 24 county titles apiece. In a championship consisting of just eight teams, the heavy hitters will always be targeting each other. Kilmoyley v Ardfert would be another tense match-up, with the clubs sharing the one parish. Of course, a special mention should go to the 2014 county final when Paul Galvin of Lixnaw was accosted by an official from Kilmoyley.

Newmarket-On Fergus, Clarecastle, Sixmilebridge — three neighbouring parishes that don’t have a lot of grá for each other. There are all sorts of rumours from back in the day about holes being dug in the middle of fields to show where certain players will be put, and of dead Magpies being laid on the streets of the club which goes by that nickname: Clarecastle. Newmarket won the title 13 times from 1963 to ’83 and certainly the rest of the county was more than sick of them.

Please let us know of other great rivalries via social media.