Enda Smith on opening up in Behind the Gates

Enda Smith will always treasure the memory of lifting a Roscommon intermediate title with his brothers.

The 2017 All Star nominee and Donie are reigning Connacht champions, but you get the sense that winning with their eldest brother meant even more.

As seen in perhaps the most stirring scene of ‘Behind The Gates’ — the hit AIB production — Enda spoke about why he plays for the county. That his motivation when pulling on that Roscommon shirt is his eldest brother, Cian, who was diagnosed with throat cancer ten years ago.

“Ninety per cent of it is for him,” Enda said tearfully of his sibling. As a 13-year-old at the time, when Enda heard this news about his brother, how did he process it?

“I probably didn’t have a huge understanding of it. You hear the word cancer and you’re thinking of the worst straight away, but you don’t really understand the ins and out of it. They (my family) protect you that way, they didn’t really tell us the full story and, as you get older, you only then realise how serious it actually was.

“As the years go on, and you see him going for treatment, in and out of hospital all the time, you think ‘Jesus that was serious’. At the time, it definitely didn’t have the same impact it would have if it happened now. At 13, you’re not really thinking about life and death; you’re thinking about football or school, or feckin’ going out to discos or something. I wouldn’t have had any concept of how serious it was.”

Was it tough to open up like that in front of team-mates, to set that sort of tone, and to expose yourself? Particularly when you know there are cameras in the room.

“Yeah, that was the first weekend the cameras were in, and I knew I was doing my biography that weekend. I was thinking that I was only 22 and I hadn’t done anything of note, and I hadn’t any good stories. Some of the older lads who had gone ahead of me were telling greats stories about trips to Japan and different things, so I was humming and hawing about what to say.

“I knew lads knew (about Cian) and when I was preparing for it, I was saying to myself ‘I’ll be fine’. But when I was put up in front of the lads, it was just a bit overwhelming as I spoke. I found myself very early in it, just choking up a small bit. I could see from the reaction of the lads that they understood what it meant, and it was good to hear from the lads after. A few of them came up and said ‘that was powerful stuff, Jesus, that’s great to draw on and it’s great as players to know that now’. The overall effect was positive.

“But every person has some story like that. When it’s broadcast, it gets more exposure. The effect on our team at that stage, players and management, it was good. Like they said, it was energy that myself and hopefully the players drew from.”

Did your other brother Donie know you’d be bringing it up?

“No, he didn’t. He was sitting in the front row in front of me, and I could see he was in a similar condition as me, but not as bad. He was understanding and good about it. A bit of messing about crying in front of the lads, but they understood what it meant.”

Cian, who was part of the Roscommon team which won the All-Ireland minor title in 2006, is involved in coaching and until recently was a selector with DIT. After getting married last year, he has taken a back-seat but still gets involved in sessions for a local team maybe once per month. 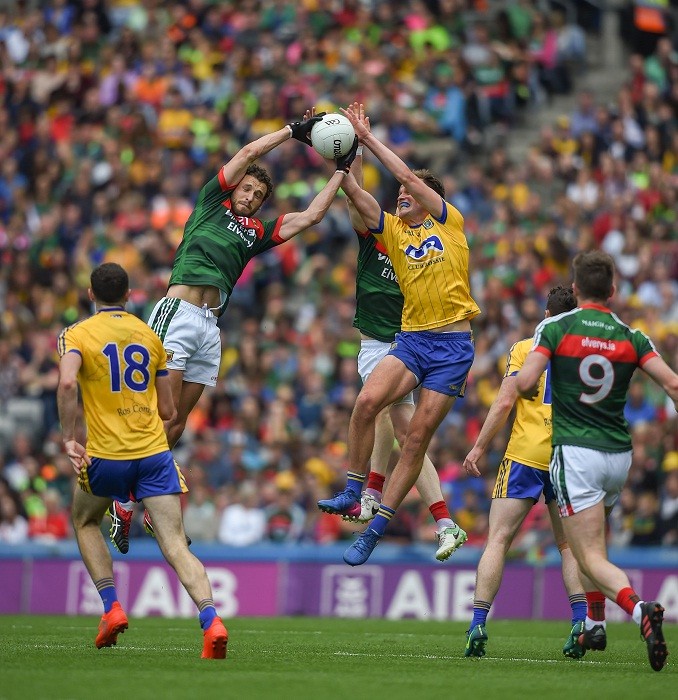 “Cian played outfield up until 2013, but in 2014 he went in goals, and he hasn’t played since that season. We won an intermediate final together, the three of us, in 2013. I would have been midfield, Cian would’ve been centre-forward, and Donie was corner-forward, so that was nice.

“Cian was playing with half a voice-box, and he could never get himself to the same fitness because he was gasping for breath all the time. So we played with him but he wasn’t at his full capacity. What I remember of him as a minor, he was a good footballer on the ball, but he’d say himself he might not have made it at senior level because he didn’t have a huge burst of pace. He was excellent on the ball though, and it was great to play with him and have a few good days together.

“At the end of the 2014 season, with him still in and out of hospital, his breathing was gradually getting worse and his voice was getting worse, and it was hard to hear him. So he was told to go for a tracheostomy, which is a tube in the throat permanently. If you see him, it’s noticeable, so he couldn’t play with something like that in case it got damaged.

“He retired in 2014, and a couple of his good mates organised a testimonial for him. He only found out the week before but it proved to be quite successful and he raised money for two charities: a local fella who was struggling with cancer, and then the Mayo-Roscommon Hospice. That was a great day and a good way to go out, and I think he raised €11,000 for both charities which was nice to end it like that.”

Does Cian have difficulty speaking now?

“He talks but it’s in a hoarse voice. I can’t remember what his normal voice is, do you know what I mean? He’s had the hoarse voice the last ten years… I’d say it’s this week ten years ago that he was diagnosed.”

Back with what feels like relatively unimportant affairs on the field, it’s amazing to think that 23-year-old Enda has already put down five seasons with the Rossies. A Connacht title this year provided a first real taste of glory at this level for the majority of the panel. They could well have beaten Mayo in the All-Ireland quarter-final, but were smashed in the replay. So what is the aim for 2018?

“This year was great. Especially the first day against Mayo, we were thinking we could compete at this level. The second day was a reality check, suggesting we’re still quite a way off. A county like Roscommon, we need every player possible and we can’t afford to be without lads who were missing for different reasons this year. For next year, we’re in Division 2 which is probably a fair reflection of where we should be. Division 1 might be just a step up from where the group is at the moment. So our aim is promotion again. 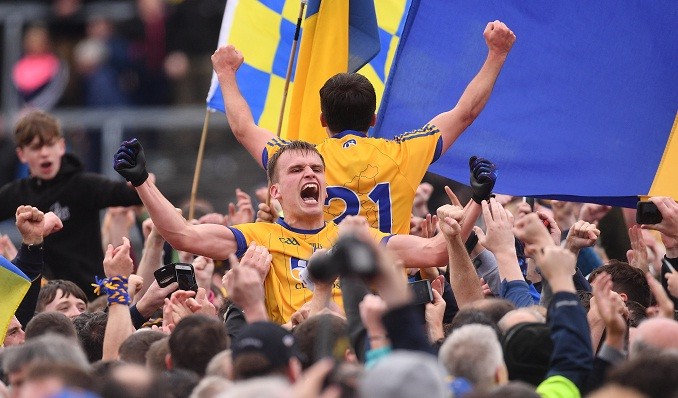 “In terms of the provincial draw, we have Leitrim in the semi-final so we’d be hoping for a Connacht final again. I always said when the Super-8s come in, you get a great chance of playing the top teams on a regular basis. For this team to make a real step up, you want to be beating one of the semi-finalists from this year: Dublin, Kerry, Mayo and Tyrone. For teams in the same bracket as us, like Monaghan and Kildare and Galway, all of us are striving to beat a top-four team to make a semi-final. That’s our aim next year, hopefully get promoted and get to the Super-8s and get some good performances to make the step to the semis hopefully.”

We saw a different side to Kevin McStay in ‘Behind the Gates’ to the man who has been in our living rooms for years on the ‘Sunday Game’. Passion, drive, and a whatever-it-takes attitude when he’s talking to his players.

“In general, even day-to-day in training, or if you’re chatting to him in training or meeting him for coffee in town, he’s the same as on the ‘Sunday Game’. Laid back, he’ll have a chat, and he’s softly spoken. But he’s there as a manager and there to get results, so he’s a man you wouldn’t cross. It’s great to see that, he’s a serious motivator but he doesn’t say clichéd stuff.

“He’s very honest in what he says, he’s straight up and there’s no bulls*** with him. He gets it across in a different tone in the dressing-room and it resonates with lads. It gets them on the boil and if you had a manager shouting all the time, someone who is difficult to approach, it wouldn't have the same effect. Kevin is reserved most of the time and then he brings this out in the dressing-rooms, so it’s good.”