James McCarthy: The 2013 All-Ireland knocked the fight out of us for a couple of years

From the outside looking in, Ballymun Kickhams have everything needed to take over club football. Men who have been key to Dublin’s three-in-a-row: James McCarthy, Dean Rock, John Small, and Philly McMahon. Others who have worn blue such as Alan Hubbard, Jason Whelan and Davy Byrne, not to mention emerging stars Evan Comerford and Paddy Small.

This Sunday at Parnell Park, the ‘Mun are back in a county final against St Vincent’s after a four-year absence. They won their third and most recent title in 2012, before going all the way to St Patrick’s Day.

They let a good lead slip against Roscommon’s St Brigid’s and, after losing a tight Dublin final replay to Vin’s later in 2013, they haven’t been back to the big stage.

Their opponents this coming Sunday have often provided the roadblock, beating them in each of the past two seasons. Of course, Diarmuid Connolly has spearheaded an exceptional Vincent’s side to three of the last four crowns, but there are other factors too.

“We’ve found it very hard final after the All-Ireland club final loss, and then the county final loss the season after (in 2013),” says McCarthy of Ballymun coming up short.

“That might have knocked the fight out of us for a year or two, and they’re tough to take. We’re coming back from Dublin (after a long season), most times we’re injured or carrying something, or you’re rushed back in after five days.

“The way the Dublin championship is with straight knockout, you can’t afford to be lax and that contributed as well. The last two or three years really, we’ve been learning to deal with that better and we’ll be much better for it.” 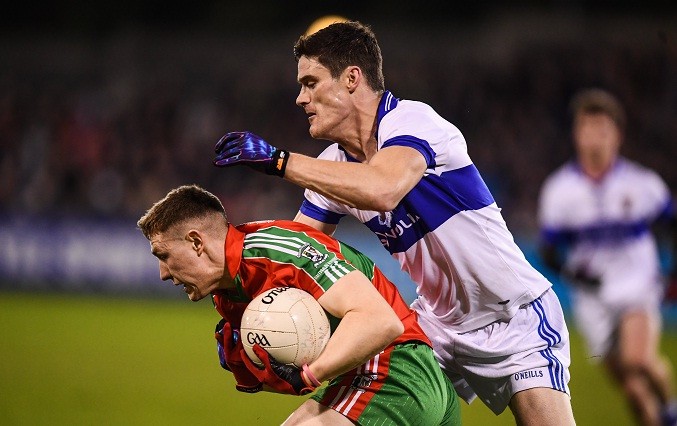 They’ll need all their stars aligning on Sunday, as the man of the match from the All-Ireland final win of 2017 acknowledges. Because if Connolly doesn’t step up, the Marino men have Enda Varley, Mossy Quinn or Gavin Burke ready to step up.

“That’s probably the greatest strength in their team, they have no weakness,” says the midfielder. “They’re all good footballers, they all know what they’re doing and they’re not relying Diarmuid, Ger Brennan, or Mossy Quinn to come in and shoot the lights out.

“Different lads can do it and that’s their strength in the last couple of years.”

Inter-county football is an attritional pursuit and, as McCarthy explains, it’s hard to transition smoothly to the club in full health. Even mentally, it’s worth considering the levels he has to get to in order to beat Mayo in September, and then be asked to lead a Kickhams group that has been waiting for their competition all year.

In the past, it just hasn’t been possible. In 2015, the five-time All-Ireland winner had to postpone surgery as he soldiered through the Dublin campaign. That day, Vincent’s had too much.

“That was two years ago, I had to get an operation on my groin. You're hanging in there and not really enjoying it. You’re not really training in between games because your hips and groins are in bits. So that’s all cleared up.”

Unfortunately, a couple of injuries sustained late on against Kilmacud Crokes could hamper Ballymun on Sunday: the Small brothers both picked up hamstring knocks.

Connolly played in the county hurling semi-final this past weekend and left the fray late on with an ice pack applied to his hamstring. So, in many ways, a lot of the balls are up in the air coming into this huge clash. 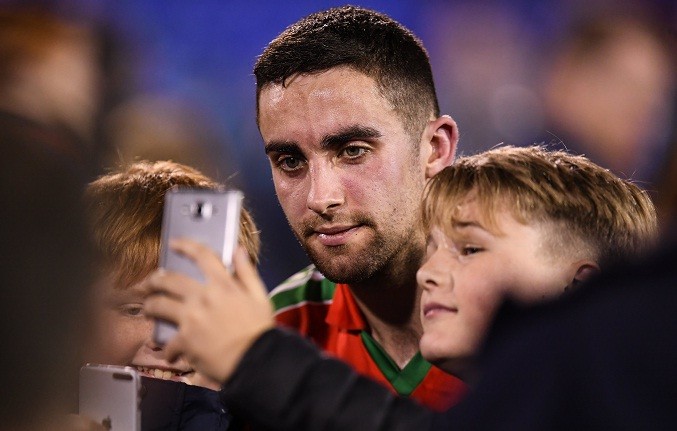 McCarthy is confident that Paddy Small, the younger brother, is a talent that will turn the head of Jim Gavin at some point. Hamstring injuries have dogged the inside forward, but those who know him say he has an excellent attitude, and that his performance levels in gym tests have been exceptional.

“He hasn’t been in there (with Dublin seniors) yet but, to be honest, it’s only a matter of time really. He’s brilliant, he really is. Top class.

“He’s seen John going so well in the last couple of years and Paddy probably wants a bit of that himself. He’s only 19, he has years ahead of him. He’s very keen and hopefully he’s shown enough to prove he’s worth a shout (with Dublin).”

For the finalists, the bodies are ready and this week has more so been about the mind. Knowing you’ll be put through hell for an hour, getting comfortable with the idea of discomfort, and simply embracing it.

“Tight, tough, tense, intense, I’d imagine,” is McCarthy’s prediction for this game. “I suppose there will be plenty of good football as well.

“Both teams like to have a go and I don’t think it will be blanket defences or anything like that. It would be tough and tight. But man-to-man football a lot of the time and that should be interesting.

“Hopefully we can push on,” he adds. “St Vincent’s are in, what, five finals in a row now? They’ll be a hard team to dislodge.”