Three quarter final replays up for grabs in Kilkenny this weekend

They’re smiling down in Kilkenny about how the referees must be playing for draws. Incredibly, three out of the four quarter-finals are set for replays this weekend: Ballyhale Shamrocks v Clara, Carrickshock v James Stephens, and Dicksboro v Mullinavat.

Each of them takes place on Saturday, and no doubt the plum tie is Ballyhale-Clara.

Direct running has been and will continue to be key from Shamrocks. TJ Reid always seems to have an extra second because of his class and composure, and that was evidenced in how he burst along the endline to set up Micheal Fennelly for an early goal.

Fennelly, the 2011 Hurler of the Year, has had a well-publicised battle with a variety of injuries in recent times, but continues to be one of the most important players for club and county. After coming back from an Achilles injury this season, he also had keyhole surgery on his knee recently so is being used closer to goal. Ideally, manager Andy Moloney would have his powerhouse running the show in the middle eight. 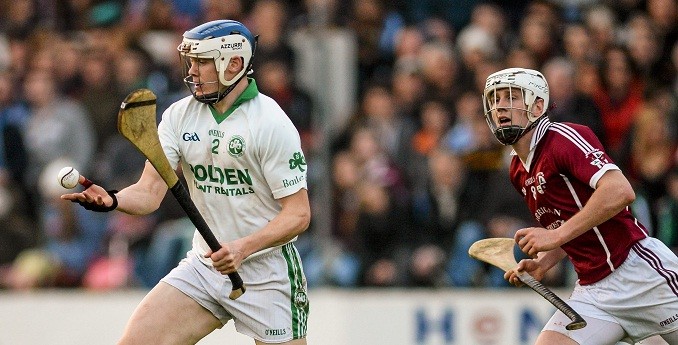 Three-time Hurler of the Year, Henry Shefflin, remained on the bench throughout, which really stood out because Clara had taken over and his experience might have tipped the balance. Shefflin has been dealing with injuries too, but to see him warming up for the guts of 15 minutes shows he certainly has the appetite. After not being used in the drawn game, it seems unlikely he will start this weekend — even if the pressure will be on to do so.

Adrian Mullen is perhaps the most talked-about young forward in Kilkenny and came on in midfield; Moloney may be tempted to throw him in from the start this time. Reid and Colin Fennelly have proven their class many times at county level, and could be difference-makers once more.

But speaking with some locals, the talk is of the balance in this Clara team. Shane Prendergast had a great battle with Reid last weekend and will likely renew this acquaintance. Shamrocks might try this match-up inside the ’14, and send in high balls at some point.

Conor O’Shea emerged for The Cats this year and, often spare, hit a huge amount of ball in the drawn game. Liam Ryan, brother of Lester, gives Clara a great outlet in attack and is capable of putting up a big score. John Murphy came on to score two crucial goals for the maroon side, and it won’t be lost on either manager that darting runs from Chris Bolger afforded those opportunities.

Murphy may well start on Joey Holden this time around, and Clara might look to create huge space for their inside men, drawing everyone else into the middle eight. A tough game to call, and Ballyhale have traditionally had the edge in their big championship clashes.

Carrickshock won the All-Ireland IHC in 2017 and, like Clara in 2013, are looking to quickly back that up with a senior county title. James Stephens have some experienced class in the likes of Eoin Larkin and Jackie Tyrrell, but for long spells they were in bother against St Martin’s in the previous round.

With Brian Cody patrolling the sidelines and still involved in some capacity, they won’t be lacking for know-how on the sideline. In youngster Luke Scanlon, they have one of the most talented underage players in the county too. Yet they have not won or been in a county final since 2011, so the local rivals no longer fear them as once they might have.

Ex-Aston Villa, Portsmouth and Shamrock Rovers soccer star Mikey Drennan scored a goal in the drawn game, and the 23-year-old’s athleticism will again be key. But Carrickshock still have Richie Power around, along with Micheal Rice, John Tennyson and John Dalton, so they may have the edge.

Dicksboro v Mullinavat is the final repay of the weekend in the Marble County. Former Dublin hurler Shane Stapleton (no relation to your columnist) slotted over a last-gasp free from 60 metres to set up this replay. The ‘Boro were five points down with just six minutes to play but star man Cillian Buckley’s goal turned the tie, before it was levelled up.

Mullinavatlike open hurling and have class in ex-Kilkenny man Willie O’Dwyer, Michael Malone, and John Walsh. Meanwhile Dicksboro, who beat Ballyhale in the group stages, have Stapleton, Buckley and Ollie Walsh leading the line. Dicksboro by a nose.