When you look at the list below, it's clear that a massive weekend of club action is coming down the tracks. Multiple county titles are up for grabs in both codes, and some of the biggest GAA names in the country will be showing their wares. Joe Canning, Henry Shefflin, Micheal Quinlivan, Ryan McHugh, Diarmuid Connolly, James McCarthy, John Mullane, and many more stars will be on show. Ask yourself: during what other weekend of the year would you be able to see that? We've had a look at some of the standout games. Let us know the match-ups you're looking forward to on social media.

The Barrs have lost their last seven Cork football finals across four decades (1986, 89, 90, 91, 93, 2009, 2010) but the three-time All-Ireland winners (not to mention two-time in hurling) have a storied and celebrated history. Carbery Rangers won their maiden county crown last season but they have been dethroned by the old masters, who in turn will face off against the behemoth of Cork: 19-times champions Nemo Rangers. Micheal Shields has been operating in the forward line for Barrs, where Stephen Sherlock and Robert O’Mahony are providing the goal threat. A clash of Shields v Tomas O Se would be an interesting one — harkening back to the days when Cork v Kerry clashes were huge and the results were uncertain. Nemo have a huge amount of quality though in Paul Kerrigan, Luke Connolly and Barry O'Driscoll.

The word before the final was that this was impossible to call, and the closeness of the two teams was proven in the result. So we come to the replay, as Lixnaw look to banish an apparent curse which has seen them lose six county finals in a row to their rivals. Ballyduff had four Boyle brothers on the field last Sunday, including Mikey who has won All-Ireland boxing titles. Again, it's hard to separate these sides.

There was a time when Naomh Eoin were the kingpins of Carlow hurling, winning six-in-a-row from 1990 to 1995. After they last won a title in 2005, Mount Leinster took their place as the dominant force — winning all six of their crowns over the course of the next eight seasons. Indeed, they would go on to win a Leinster title in thrilling fashion against Oulart-The Ballagh at Nowlan Park in 2013 — a day when a fan hopped into the press box to celebrate with your writer.

St Mullins won the past three Carlow titles but, with Brendan Fennelly in charge, Rangers are back and look the more likely this Sunday. The Coady brothers, along with the likes of Denis Murphy and youngsters Chris Nolan bring a lot of class, while Naomh Eoin Myshall will be hoping Paraic Nolan can shoot the lights out.

The Micheal Quinlivan v John ‘Bubbles’ O’Dwyer final. Killenaule knocked out Moyle Rovers after extra time in their semi-final, while 2015 Munster champions Clonmel put down Loughmore-Castleiney. In Quinlivan v Bubbles, it’s perhaps a shootout between Tipp’s two best ball-strikers in either code. That left boot of Bubbles' is capable of doing damage in the Robins' first-ever county senior football final, but Commercials have the greater overall class in Seamus and Jack Kennedy, Jason Lonergan and Quinlivan.

Ryan and Mark McHugh are two of the best ball-carriers we’ve seen in recent seasons, while Paddy McBrearty can be peerless on his day. Stopping them is the challenge for Naomh Conaill manager Martin Regan, who happens to be married to the daughter of Kilcar chairman John Carr (Orlagh being her name). Kilcar have been hugely impressive this season, but the pressure of ending a 24-year famine may weigh heavily against them when playing a Glenties side who last lifted the crown in 2015. 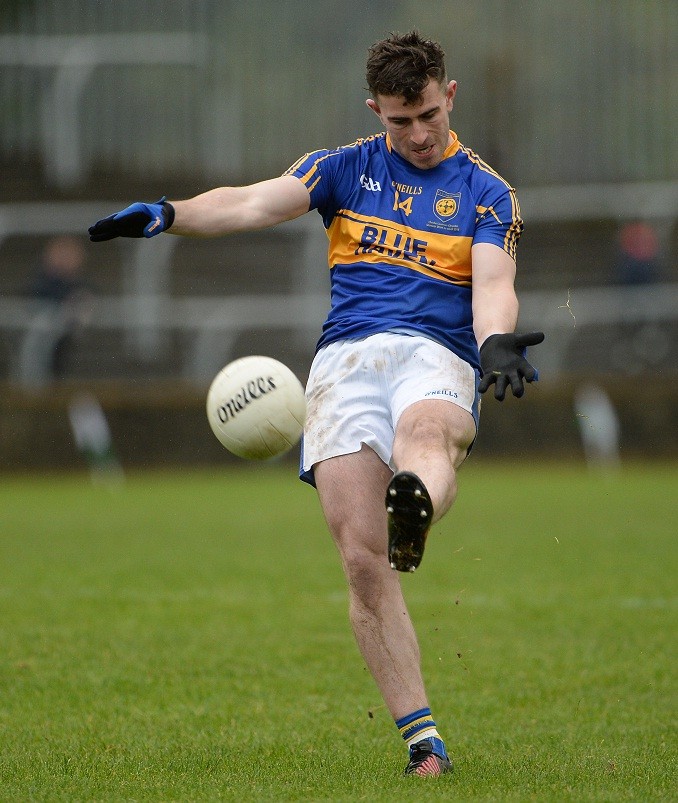 A battle of the first Galway club to win an All-Ireland club title (Castlegar 1980) against the Tribe side that has won it most often (Portumna 2006, 2008, 2009, 2014). Ger Farragher is still leading the line for Castlegar but target-man Enda Concannon and Galway Under-21 forward Jack Coyne are supplementing him, for what is the second-highest scoring side in the championship. Not only that, but they have the second-best defence too behind Clarinbridge, with Dean Higgins and Tom Mannion prominent. Their minors won the championship last week so confidence is high. Portumna have class both young and old, not to mention in between. Joe Canning, his nephew Jack, 41-year-old Ollie, Martin Dolphin, Damien Hayes and Andy Smith help make up a fearsome unit. This is a side with the know-how and the greater class — so we're just about tipping the 2014 All-Ireland champs.

Eoin Kelly, the two-time All Star, scored a late goal to down Dungarvan in the quarter-finals — belying a hand injury that had kept him out of the starting XV. Five-time All Star, John Mullane, played 49 minutes of the comfortable over Fourmilewater — a game where Shane Ryan and Hurler of the Year nominee Kevin Moran impressed. Noel Connors may well be given the Mullane task, in what is one of the juiciest match-ups across the country.

It’s a tough championship to call in the Marble County this year. Ballyhale were taken to a replay by Clara and then extra time, but nudged their way through. The Village too needed two bites at Carrickshock to make this semi-final. Ballyhale Shamrocks v James Stephens is a repeat of the 2011 county final, and some huge names will be on show. TJ Reid, Colin and Micheal Fennelly, not to mention youngster Adrian Mullen will provide massive threats for Ballyhale, while Eoin Larkin and Jackie Tyrrell will lead the line for James Stephens, while David Walton and Matthew Ruth provide the scoring threat for the underdogs. 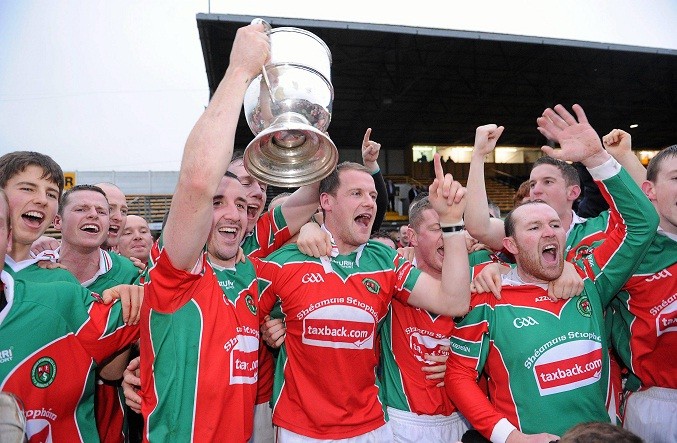