Few people can truly say their job involves life and the finality of death. For Kieran Fitzgerald, this stark reality of his occupation as a garda lurks on a daily basis. When the dispatch radio calls, the Corofin man doesn’t know what’s about to land in his lap.

He regularly deals with sensitive issues, ones where people’s lives are in distress, and the former Galway star has to be the voice of reason and the centre of calm when he shows up, no matter the scenario.

“It’s a tough job and you’re going from traffic accidents to domestic violence, to thefts and all of that,” says the 2001 All Star. “You see people in dire straits and you’re trying to help them as much as you can. So to go from that to switch over to football can be quite difficult. Probably traffic accidents are the most difficult.”

“The N17 route goes straight up through Mayo to Galway and it has been the scene of many accidents, and it is difficult,” he adds with a grim look. “One hour you’re dealing with a fatality, and then the next you’re going home to grab your gear to go out and play a football match."

For some people, the idea of slinging a bag over your shoulder and heading for the local field might be too much to take after a particularly stressful day. For Fitzgerald, who turns 37 in January, it provides some measure of distraction.

“The football does help," he says ahead of Sunday’s AIB Connacht SFC final against Castlebar Mitchels, "because you’re not going home thinking about it (the tough situations), you’re going out playing a game. It does relieve the stress a bit. It’s a difficult job but that’s what we signed up for.

“Without going into the specifics, a while back there was a multiple-fatality traffic accident where three people were killed from young to old ages. I was at the scene of that accident and it was horrific.

“You’re there all day dealing with that, and you leave the scene, and the road is reopened… and then you’ve to do a gym session. It is (on your mind). Something like that, as in going training or the gym, does help.

“I can’t imagine what it would be like if you were going home, sitting there, and thinking about it,” he adds of having no distraction. “You have to kind of detach yourself from it. But that was a particularly harrowing scene now.” 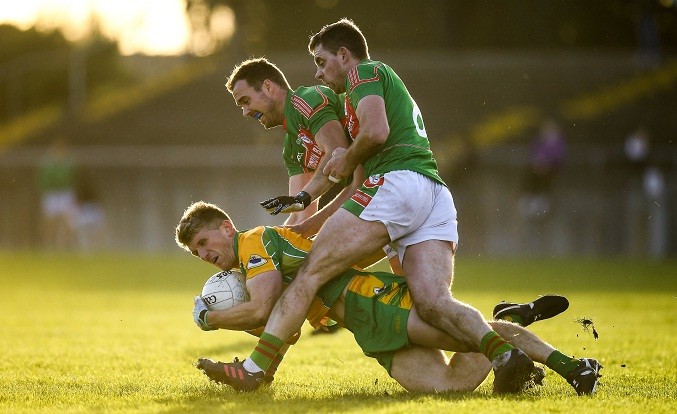 like for Fitzgerald to bolt towards the scene of an accident, the rest of us can only imagine. To know that the ruin of others awaits you, but you still have to walk into it. Though he uses the term ‘getting pumped’ for it, he’s careful to clarify that this translates to bracing oneself.

“More often than not, you know what you’re coming into. You know it’s a multiple… we got a report that particular day, we knew there was at least two fatalities and that one was a child.

“To try to do the right things, and establish all the facts, and get witnesses, and all the while this scene of carnage is in front of you. It is a difficult job and thankfully scenes like that are becoming less and less, even though they still do come around. It is difficult.

“From past experiences, you know when you get to that scene that everybody is going to be looking at you to try to do something, so you’re trying to think ahead of what you need to do when you get there, and what your duties are,” he explains.

“It is difficult but football definitely helps. It’s a distraction when you leave that. Certain things do play on your mind, especially when you get to something like that when people are seriously injured and are in a lot of pain and suffering. That’s not a particularly nice job, but that’s part of it.”

The Claremorris-based garda is able to cope with the after-effects, and doesn’t feel the need to avail of the services that are available to him. Certainly, officers are encouraged to speak to someone if they need to decompress.

“I don’t know what that says about me but it doesn't, and I don’t carry it. I seem to be able to park it and move on, but I know that everybody is different and that’s the way of the world. It does play on the mind of some people and there are support networks to help people in that regard. Thankfully I can park it.”

Of course, not every day is so tough and there are certainly upsides to the job. It’s not as if Fitzgerald wakes up every morning thinking: ‘Oh Jesus, I have to go in here for eight hours!’

“Well you have plenty of that too!” he smiles. “Going out and meeting people and helping people, doing what you can, you do enjoy it. You meet plenty of people on the wrong as well, and they do frustrate you.

“But in the main, working in rural Ireland, it’s more about community policing and presence than anything. Them knowing you’re there when they need help and assisting people when they’re in bother. I enjoy it, and three other members of my family are gardaí as well: two brothers and a sister. It’s been in our family; I’ve had uncles in the gardaí as well, so it was just a natural progression.” 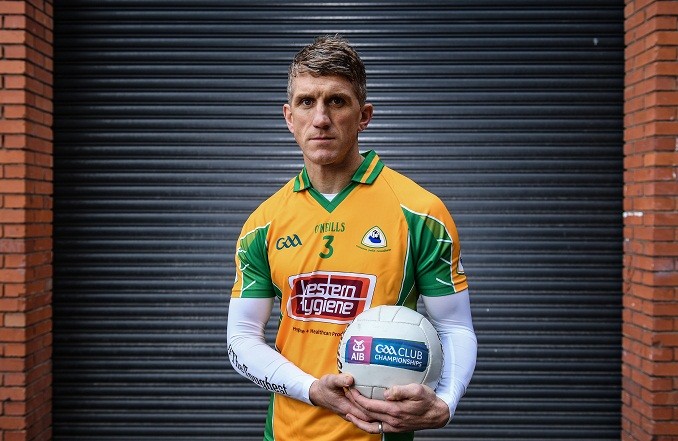 We meet to talk football and eventually we get to it. When you’re enjoying football as much as Fitzgerald, age is an irrelevant number. Mitchels on Sunday in Tuam, right where he wants to be.

“Being part of a successful club, and really enjoying it, and being fairly free from injury, and days like last Sunday week against St Brigid’s when we won in extra time, the buzz is unbelievable. You really enjoy that, even if we didn’t play particularly well.

“So that and the banter, which is good, and seeing what it means to supporters and family... people live for these Sundays. Next Sunday, the talk down in Corofin is all about that and it’s a huge social occasion for people. When you win, you can see the buzz that it brings them and especially with my own family, they love it and love going to the games. So I’ll keep going.”