Johnny Buckley: A Crokes man through and through

Dr Crokes are looking to maintain their hold on the Munster title this Sunday, but they have a habit of gripping too hard. Twelve months ago, Johnny Buckley hoisted the Michael O'Connor Cup and off came one of its handles. It wasn’t the first time a Killarney footballer did it either, and victory over Nemo Rangers on Sunday might see it happen again.

“We’ll see!” laughs Buckley at the launch of the AIB Munster final. “There’s a long way to go before that happens. The adrenaline and everything was pumping when I lifted it and literally it just fell out in my hands.

“It was funny, James Fleming who is a Crokes man as well, about ten years ago (in 2006) when we won it he lifted it and broke it as well. Yerra, it didn’t work out too badly. The cup has marks all over it; it wasn’t the first and won’t be the last time. It has a light handle, and we repaired it anyway.”

Buckley went on to captain the club to All-Ireland club glory on Paddy’s Day 2017, emulating his father and selector Mike who had been part of the 1992 vintage. The current Kerry star that day also highlighted one of the Dr Crokes supporters, 10-year-old Amy O’Connor was battling illness — a nice touch.

Football has always been a way of life for the Buckley family, and it’s something that was harnessed from a young age.

“Yeah it was in the family and we grew up in Killarney, and my father would’ve been an avid Crokes man as a player and then he was involved in management, so it was natural. Under-6 camps and the rest of it, there’s a small pitch at the side of Fitzgerald Stadium where we would’ve have kicked around on Saturday mornings. The one club the whole time.

“He would be,” says Buckley of his father being an inspiration. “From a club point of view, they won the All-Ireland in 1992 and I was young at the time, only two or three. You’re growing up in a club that has a great history about it. I remember going to county championship matches all the way up, even as a teenager you’re going in to watch the seniors play. I always wanted to play for the seniors and thankfully I have for a while at this stage. 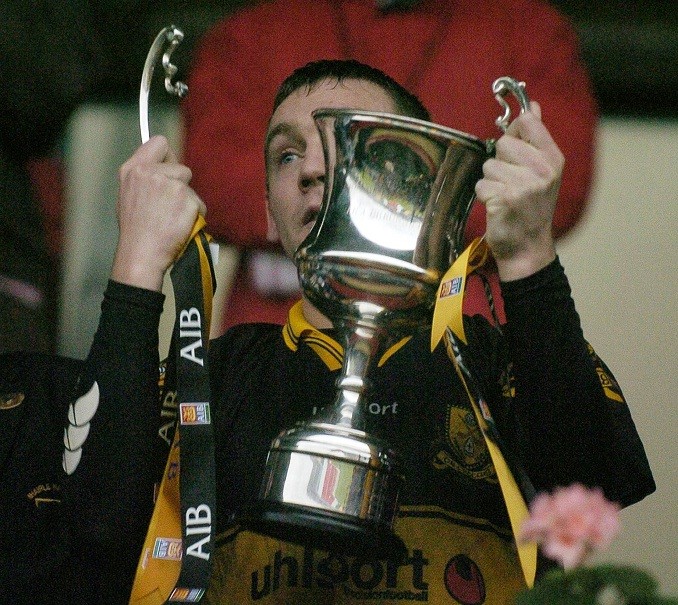 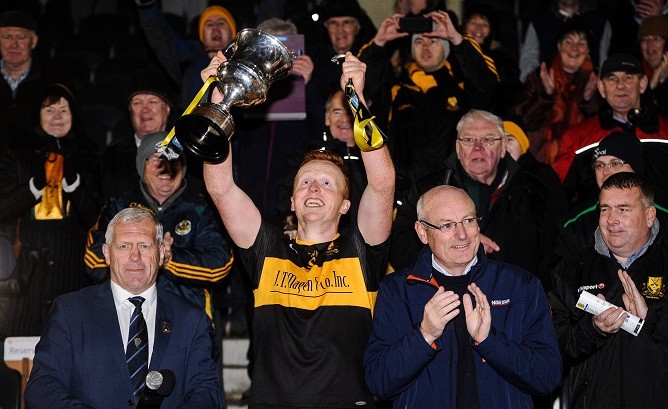 “I’ve seen a few pictures alright,” he says of ‘92. “I was thrown over the fence at the Hogan Stand and Mike, my father, was on the pitch and I was in his arms then for the whole of it. Again, I was only two, maybe two and a bit, so I don’t remember much so it’s nice to have the photos. It’s nice knowing you were there even though you can’t remember it.”

Buckley says he “can’t wait” for Sunday’s clash with Nemo at Páirc Uí Rinn. It’s the old Cork v Kerry rivalry, into which any Nemo v Crokes battle fits nicely. They met in the 2010 final — which was delayed until January 2011 — a game that Buckley missed due to injury. It’s been a long season for the Kerry side, but this is where they want to be.

Rangers are chasing a 16th Munster crown, while the Kingdom crew are looking for an eighth, and what would be a fifth during this decade alone.

“It’s been a totally different year for us getting to the All-Ireland at the start of it. Over the summer, you’re trying to balance winning matches and giving fellas a break. Thankfully we’ve managed it over the summer to get to the business end in the past couple of months. And we’re here now.

“Historically, Nemo are the main team in Munster, they have a serious record. In the past couple of years, other than Michael Quinlivan getting that winning goal (for Clonmel Commercials at the end of the 2015 final), they were Munster champions again. They’re always there or thereabouts.

“During the year, I’d keep an eye on the Cork championship and the first thing that always comes to mind is how Nemo got on. They have a serious set-up, a serious history, and a serious bunch of players as well. So we know it’s going to be a tough one.”