Meath are looking to be represented in a Leinster SFC for the first time since 2004, while Wicklow, in the same competition, are chasing a first title in 16 years.

A current All Star is likely to man-mark a former AFL starlet on one side of the country, while one member of hurling's team of the year will try to lock down a Mayo football flier.

That's all part of this week's club previews.

A clash of two giants in the province, sides that have a history of sacking the other on their home turf. Castlebar have done the job in Tuam and likewise Corofin at McHale Park in recent years. Between them, they’ve won the past four Connacht titles, and the Galway champions will be favoured to edge this one. Daithi Burke was an X-Factor in the extra time win over St Brigid's, and the three-in-a-row All Star hurler could be an outside bet for a start this weekend. Should Mayo dynamo Paddy Durcan present a deep attacking threat for Mitchels, Burke could be the man told to snuff him out. In Michael Lundy, Gary Sice, Jason Leonard and Ian Burke, the 2015 AIB All-Ireland champions look strong, but a close encounter is guaranteed.

Kilmessan overwhelmed Ulster champions Crosserlough in the All-Ireland camogie semi-final and, as was the case then, they’ll be looking for goals. Megan Thynne, Leah Dennehy and Katie Ni Choileann did the damage that day and the Kerry champions are certainly forewarned. Clanmaurice, for their part, beat Athleague at Newmarket-on-Fergus in a much tighter affair, by 3-4 to 1-7.

An intermediate clash but a game involving an abundance of top-quality players. Sean Cavanagh, the 2008 Footballer of the Year, leads Moy while his brother Colm, a current All Star, will look to lock down midfield. It’s likely that he will do a man-marking job on former AFL star Caolan Mooney, the Down man who had an impressive summer in the Mourne County shirt. The Tyrone side have a great spread of quality and are more likely to take the title. 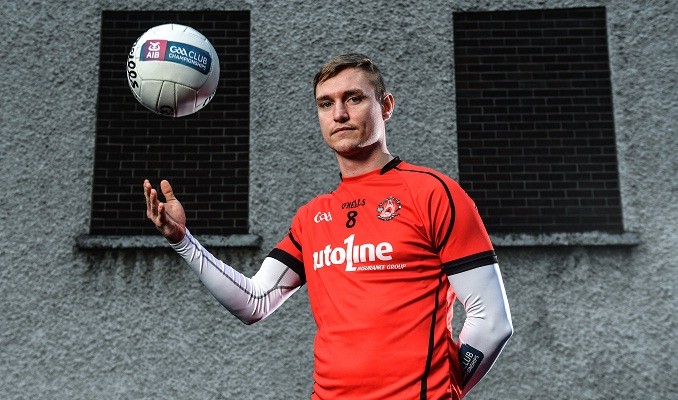 The outsiders would suggest that Crokes will get the job done here but perhaps that’s a little too simplistic. The sides last met in a Munster SFC final in January 2011, which was actually the 2010 edition that was delayed by inclement weather. Nemo were stung badly two years ago when a last-gasp Michael Quinlivan goal gave Clonmel Commercials a thrilling final win, while the Killarney men then regained their crown in 2016. The latter looked in rude health as they coasted to another Kerry title, and the comfortably accounted for that same Tipp side as well as Kilmurry-Ibrickane. Rangers hammered Adare, on a day when Paul Kerrigan struck six points, while Barry O'Driscoll and Luke Connolly found the net. Crokes are looking for a fifth Munster title in seven years and a 14th provincial victory in a row. The quality of Johnny Buckley, Daithi Casey, Colm Cooper, Fionn Fitzgerald and Co is likely to carry them home, but not by much.

Slaughtneil won a thriller against Kilcar and many will have seen that as the de facto final. Cavan Gaels needed two bites at the cherry to beat Derrygonnelly, and at that it was a goal in the sixth minute of injury time that made the difference. Barry Fortune was the hero and it means the Gaels preserve a record of not losing a game in league or championship all year. It will be their first Ulster final in 40 years, and they are in fact the first side from Cavan to reach the decider since Bailieboro in 1995. Martin Dunne and Seanie Johnston will take minding, but this hard-nosed Derry side have shown amazing endurance in recent seasons. Chrissy McKaigue leads the side while Christopher Bradley and Se McGuigan will be again looking to sniff out goals. It's hard to go against Slaughtneil winning a third crown in four seasons.

A semi-final pairing that not many could have envisaged when the draw was made. Rathnew stunned the GAA community when they disposed of All-Ireland favourites St Vincent’s of Dublin and are now facing a Moorefield side who also emerged from the quarter-final with a surprising win (albeit not to the same extent) over Portlaoise. With former Wicklow star Leighton Glynn still firing on all cylinders, Rathnew will be confident of qualifying for a first Leinster final in 16 years. Moorefield, on the other hand, last won Leinster in 2006 and with Daryl Flynn, Ronan Sweeney and Eanna O’Connor (son of Kerry legend Jack, who got the all-important goal against Portlaoise) in their ranks, they are looking good for a Leinster final place.

Simonstown Gaels made light work of Wexford’s Starlights in the quarter-final and the back-to-back Meath champions will be eager to go where no Meath side has gone since Skryne in 2004. The Colm O’Rourke managed side are on a roll at the moment but it is felt that they may find the going tough against St Loman’s of Mullingar. The Westmeath side came out the other side of a massive battle against Mullinalaghta of Longford where they trailed by six points midway through the second half, to emerge victorious by the slenderest of margins. They are vying to become only the second ever Westmeath side to reach the Leinster final (Garrycastle in 2011 being the only occasion it has happened to date) and with the likes of John Heslin, Paul Sharry and Offaly man Ken Casey all in good form, it is likely that Luke Dempsey’s men will achieve their goal.