Dan Currams: It's amazing what the body can do once you set your mind to something

DAN Currams seriously thought about leaving this year and joining the great tide of GAA talent that has drifted off to make a better life for itself elsewhere as the Irish economy still stutters back into life.

Ever since graduating from the University of Limerick, the 28-year-old metalwork and technical drawing teacher has always operated on short-term contracts.Teaching has taken the former Offaly captain to work in schools in Edenderry, Clonaslee and Tullamore and he had another new start, in Moate Community College, three months ago.But Currams actually had all the contract details filled out beforehand to head to Abu Dhabi for something more long-term and a very different lifestyle.

“In teaching right now you really have to bide your time to get a permanent job, it's all contracts here at the moment,” he explains. “When you do four years in college and still can't get a permanent job that's very disheartening.

“There's a lot of teachers going away to places like England and Abu Dhabi. A lot of my class are now out foreign and I had everything in place to go myself this year,” he reveals.
Yet the one constant and heaviest anchor in his life held firm.

“The hurling is really what kept me,” Currams admits. “You'd be giving out about it sometimes but then you really miss it when you're away from it.”

Kilcormac-Killoughey have had reasons to be grateful while reaching their third Leinster SHC final in six years. The club, remarkably, is actually only three years older than Currams, set up thanks to an amalgamation in 1986. He's just of the 'Double Ks' golden generation, a gifted and ultra-dedicated forward. 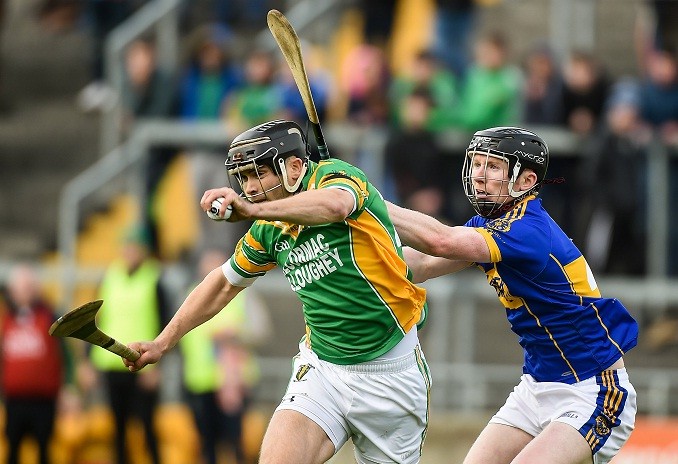 “We've just had a great group of lads who've won everything all the way up from U12 to minor and U21 and we've stuck together. We have that winning mentality,” he says.

They've also had some famous Offaly and family names to inspire them.

“The tradition is always there in the club when you're a young lad you're brought to the field and there's a few lads there who won All-Irelands with Offaly,”he says, including his famous uncle and former dual All-Star Liam Currams, Danny Owens (the team's former manager), Colm Cassidy and their current manager Stephen Byrne.

Kilcormac-Killoughey may only have won their first county title in 2012 but that parachuted them onto the national stage after a brilliant maiden run that took them all the way to Croke Park on St Patrick's Day.They went on to win three county titles in-a-row and contest another provincial final in 2014 whose two-point loss still stings him. “We only lost to Ballyhale in extra-time and we should have won it.”

Now they're back in the big-time and Curram's contribution has been more heroic than ever.You could actually call it 'bionic' when you examine the fresh, x-shaped scar on his left shin.Two weeks before this year's county semi-final against Belmont he broke his leg in a challenge match.It didn't need surgery but the gash was big enough to see him brought to an operating theatre to have it washed out and dressed.He was told his season was over yet he simply refused to throw in the towel.There were 29 days to the county final and “I just got it into my head I wasn't going to miss it. I'd be a small bit stubborn,” Currams grins.

“I was reading Jackie Tyrrell's book at the time and he was saying what he used to do when he got injured. He used to go down to Brother Denis and get it rubbed out every night and I read that and said 'feck it, I'll give this a go' and texted the club physio (Tommy Conway) that night.”

He was on crutches and in a soft boot up to his knee so had to take three weeks off teaching anyway and spent every day of it at this excruciating rehab.Even on one leg he kept training on a rowing machine and doing pilates and weights.

“I used to actually look forward to getting the injury rubbed, just getting out of the house every day and into physio. You just have to find a way,” he says quietly. 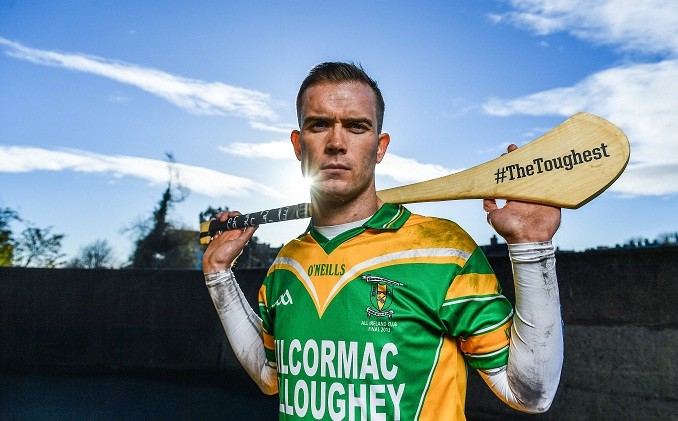 “I only found out on the Wednesday before the final that I might have a chance to play. The physio sent my details to a specialist in England and he said I could.”

The boot only came off on the Tuesday and he ran for the first time, before school, on the Thursday.The plan was to use him judiciously, off the bench, in that final but that went out the window after 20 minutes when Peter Geraghty broke his finger.Currams went to score three points from play, beating St Rynagh's and securing Kilcormac-Killoughey's fourth county title.One of his scores was an outrageous 40-yard shot over his shoulder from close to the sideline.The only thing he was short of was a phone-box and a cape.

“I didn't really know how long the leg would last but thankfully it all worked out,” he says modestly.“It was sore for a while after but it's the finest now again.”

It was a miraculous recovery but his determination was surely shaped by another painful experience.When the Double Ks were beaten by St Thomas' of Galway in that 2012 All-Ireland final Currams could only watch helplessly from the sideline after breaking his arm in a challenge game with the Kilkenny U21s just one week earlier.Was it that anquish that drove him through the pain barrier this time?

“It probably was, because of all the heartbreak of missing the biggest game in my club career,” he reflects.

“All I had in the back of my mind was I didn't want to miss another final, I can't miss another one again. It's pretty amazing really what the body can do once you set your mind to something.”