“It would be huge, it would be crazy. Even making it to the Leinster final for the first time is massive for the club”

Just once in the past ten seasons has an AIB Leinster final taken place without the involvement of a Dublin club.

That was in 2009 when Portlaoise beat Garrycastle, while the latter side are the only team to beat a capital contender in a decider during that time. It hasn’t quite been the dominance of the inter-county scene, but the blue wave has still led to Dublin collecting eight of the last ten provincial club crowns in the big ball code. So when Rathnew overturned St Vincent’s — who had won three of the last four — in the quarter-final this season, everyone’s ears pricked up.

This Sunday, Paul Sharry is part of a St Loman’s team taking part in their first-ever AIB Leinster final, up against 2006 champions Moorefield.

“When you’re in the midst of inter-county championship like with Westmeath, obviously you’re so committed to that and so involved in it,” says Sharry. “You’re thinking ‘Westmeath are going to do well, I have to do well’ and say you get to a Leinster final and you’re playing Dublin, if you don’t believe you’re going to win it’s going to be a complete nightmare.

“You have to think you’ve a chance and get in a state of mind when ‘this is our time, Dublin have to be beaten at some stage, why can’t we be the ones to beat them?’ So you have to get into that state of mind but, at the same time, Dublin are a cut above everyone else.

“No matter what, when you come up against Dublin, there’s a chance they are going to wipe you off the pitch, as they did last year. Whereas now you can say this is a Leinster final against a team that are like ourselves. Moorefield are also going to be looking at this game saying it’s an extremely winnable game, a great chance to win Leinster.

“We can look at it and say the exact same thing. So it’s great to have two teams there now competing who can both say ‘this is 50-50’ and can have a cut at it.” 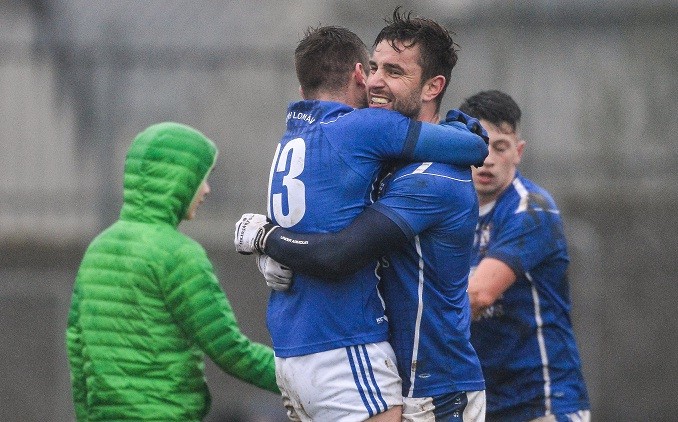 Loman’s went 1-4 to nought behind against Simonstown of Meath in the semi-final, but showed composure to work their way back into the game. In Sharry’s word, the Royals champions started like a house on fire, but the Westmeath champs don’t do panic.

“Paddy Dowdall was man of the match the last day, he’s a hurler like, but he’s that determined on the pitch that he’s going to give you something. You have other lads like Ken Casey in the full-forward line who are more than capable of picking it up. So they are more than relaxed. But Simonstown started off like an inter-county team, tore into us for the first 15 minutes.

“You only had a second or two on the ball before there were two or three of them swarming around. A lot of our players hadn’t played at that level so it was a shock, but then we settled into it and caught back up on them. Then they had to play into the wind in the second half and it wasn’t a nice wind to play into.”

Sharry runs a gym with teammate Shane Flynn, but has also opened up a side project of an online training service. There are pros and cons, as in every job, but being able to pick his timetable to suit football is one of them. There must be part of him that, between work and playing sport, that gets tired with continuously being in that same environment.

“It can get frustrating at times where it’s sport constantly, and it’s nice to take breaks and it gives you an excuse to go on holidays,” he laughs, but then emphasises the variety within his work.

“People would keep you on your toes as well. People always have things set out for themselves. Some people come in looking to lose weight and have different challenges, so you are kept fresh. Then with the online, that’s a whole different thing with new challenges.

“You know, how to make it work, how to market it, so there’s loads of aspects to it. So that’s after helping re-encourage me and gives you more fire. The gym is your ordinary standard stuff, running classes and making sure people hit their targets. The online is a whole new idea and a way of delivering the plan.”

Given the difficult times so many people have and continue to suffer through due to the depression, you ask if Sharry ever had concerns that his business could suffer from the downturn.

“No, not at all. When we started, we were only young lads. What we did was, we were in Loman’s in the club and they had a hall there. So we just did classes there twice a week, and then eventually we were growing, and we sat down and said ‘oh here, let’s go for a gym’. We rented out a space and we’re still renting it, and we just modelled it into a gym. That’s been going ever since, which is perfect.

“You always have people coming in there either starting off, or regulars, so that’s consistent once we keep giving a good service. In the end, that’s what people are paying for, a good service, so you’d never been too fearful of that. 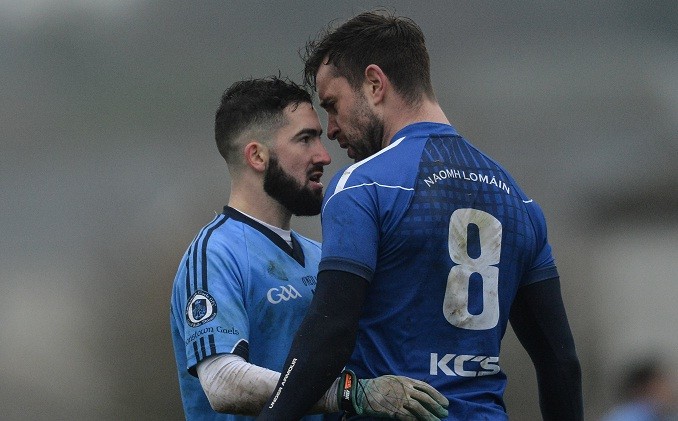 “What I’ve learned as I’ve gotten older is that you can have lots of back-ups ,which are unbelievable. The amount of lads I see heading off to Abu Dhabi or wherever with zero qualifications… there are loads of routes there, so as long as you have enough to keep your head above water and make your payments. You’ll always find work.

“You might not always find work in something you want, but I’m lucky I’m doing something I enjoy and want to do. I enjoy getting up, going to work, doing the things I do. But I know if things went belly-up and you couldn’t keep it afloat, there would be ways to keep money coming in to pay off loans or whatever you’ve to pay off, but you might not be doing what you want to do. It’s an incentive to make you keep doing what you do, and I’m lucky I have a job I enjoy.”

Any concerns Sharry may have this week pertain only to football. It’s rare that an AIB Leinster final would be so finely poised. Very few can confidently pick a winner on Sunday at O’Moore Park.

“It would be huge, it would be crazy. Even making it to the Leinster final for the first time is massive for the club. For the community itself, it’s the first time Loman’s have been there so for the club and the underage especially to see that. For them to see the craic the supporters have, to bring the kids along and let them see the whole thing after, it’s savage for the club. So to win the thing would be massive, so it would.”