Another season has ground to a halt but it won’t be long before the gears begin turning once more. Solet’s have a look at the lie of the land as 2017 hands over to 2018.

No surprises at the top but things become less clear in the chasing pack. Let us know on social media where you would place your county.

Clearly, Dublin are the best side in the country right now. Not because they are streets ahead of Mayo and the chasing pack, but because they continue to deliver when the pressure is ratcheted up. The capital have now won five of the last seven All-Ireland titles andseven successive Leinster titles, while losing just three of 47 championship games. While a furore about awards for team and manager of the year rumbles on, championship silverware is the only concern of the camp itself.

Stephen Rochford’s side have come up short in Connacht for two successive years but that doesn’t really affect their position in the order of merit. Outplayed a Kerry side who opted for a sweeper in the All-Ireland semi-final replay, and got themselves into a great position late on against the Dubs in the final. The only team consistently holding a candle to Dublin.

Dismissed by Mayo in the All-Ireland semi-final replay, after coasting their way to the final stage through a limp Munster and a tepid Galway test. Inflicted upon the Dubs their only competitive loss of 2017 in the league final, which is worthy of consideration, butrelied too heavily on Paul Geaney in clutch situations. They’ll need more than starlet David Clifford to catch fire in 2018 if they are to regain the Sam Maguire. A distance behind Mayo and trailing many lengths behind Dublin, in reality.

The Red Hands are back-to-back Ulster champions but looked woefully inept against the mighty Dubs in the semi-final. Tactically, they looked unprepared for the width that Jim Gavin’s side would employ, and so often Tyrone ended up marking spaces where no blue shirt entered. There’s plenty of potential but they need to be braver. 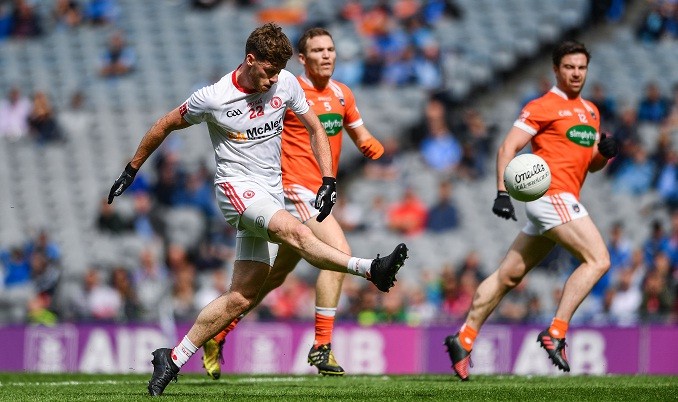 All-Ireland quarter-finalists for the fourth time in five season, and had a strong league campaign where they missed out on the final only through score difference. Need to add more strings to their attacking bow, as Conor McManus can only do so much.

Roscommon’s excellent Connacht title win was captured in AIB's documentary ‘Behind The Gates’, an achievement that gave manager Kevin McStay great satisfaction given the criticism in the county. Though Mayo smashed the Rossies in the All-Ireland quarter-final replay, they did put up a strong showing in the drawn encounter. Plenty to build on, even if Galway have the raw talent to pass them out.

The Tribesmen really should be higher up the food chain, but through consistent failure remain beyond the description of serious challengers. Beaten well by Roscommon to cede their Connacht title, and left multiple goalscoring chances behind them as Kerry ended their summer run.

PutLaois and Meath on their rumps in Leinster and gave a very good account of themselves in the final against the Dubs, without ever truly looking like winning. Armagh fans might well be annoyed to see the Lilies ahead of them, but perhaps the Orchard County’s momentum was a key factor in that win.

Cork really should be a county with All-Ireland aspirations but they’ve given very few signs of that in recent seasons. Took Mayo to extra time in the qualifiers and who knows where they would have got to had their seen it through. But, back in the real world, they’ve been on the hind tilt in Munster for so long that they may well soon be diagnosed with Stockholm Syndrome.

Struggled all season long, with manager Rory Gallagher ultimately deciding he could no longer continue with the side. Tyrone made mincemeat of them in Ulster and, after struggling past Longford, they were pummelled by a Galway side that has hardly been pulling up trees against the very best. Declan Bonner has a job on his hands. A team containing a number of reputations that haven’t been delivered on in some time.

Took down Fermanagh, Westmeath and Tipperary and got to the All-Ireland SFC quarter-finals, at which point they were battered by Tyrone. Could well argue that they should be higher up the list, but their progress this summer could be down to a burst of form. Need to back it up.

Won Division 3 title to back-up a successful 2016 season where the Premier County made the All-Ireland semi-final. The panel was badly hit by absentees this past season but still push Cork close in Munster, before winning away in Cavan during the qualifiers.

The perpetual sleeping giant of Ulster football. Made the the provincial final with wins over Armagh and Monaghan, before the latter undid them via the back door.

Finished third in Division 2 of the league during Andy McEntee’s first season in charge, but remain in the second tier for a 13th season. As for championship, Louth and Sligo wins provided their only bright spots.

Their sole win in the championship was against Offaly and were otherwise beaten by Monaghan and Tipperary. Relegated from Division 1.

Consolidated their position in Division 2 but only on score differential. Otherwise, the Banner recorded wins over limerick (Munster) and Laois (qualifiers).

Derry’s sole championship win of 2017 came against Waterford, though they did push Mayo all the way to extra time. Conceded 11-104 during seven league games this past term.

The signs were ominous when Offaly took the Lake County to a replay in Leinster, but then a walloping win in the second encounter suggested they were coming to life. Then Dublin steamrollered Westmeath, before Armagh finished them off. Back in Division 3 for 2018. Capable of more.

Finished bottom of Division 2 and lost both championship games during the summer. Pete McGrath has been confirmed for an extra year in charge but the players looked for a change, and the appointment of Rory Gallagher sets up an intriguing 2018. Lots to do.

The O’Moore County looked really impressive in the win over Longford but their season fell apart thereafter, with an air of negativity pervading at county board meetings. John Sugrue has since replaced Peter Creedon as manager.

Beaten by Meath and Mayo in the championship but not disgraced during either outing. Mired once more in Division 3.

Eaten— skin and all — by Laois but showed signs of encouragement with a win over Louth before pushing Donegal for long spells. Just survived in Division 3 for 2018. 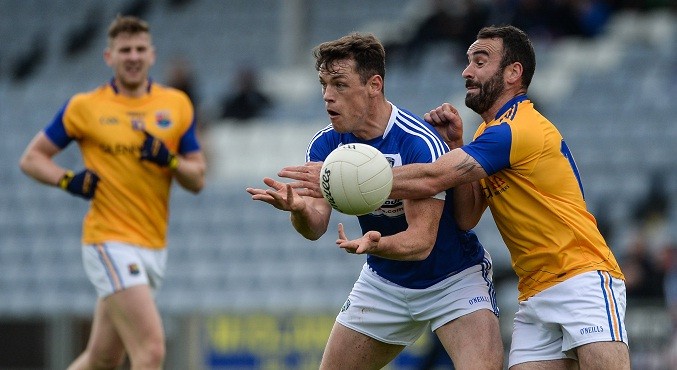 A really encouraging display by the Barrowsiders in the defeat to Dublin after beating Wexford, and followed that up with wins over London and Leitrim. Turlough O’Brien is building something good in Carlow.

Colin Kelly has left the post and there will be renewed optimism with the appointment of Pete McGrath. Hammered by Meath and lost to Longford during a miserable 2017 campaign though.

Managed a draw with Westmeath but it won’t go down as a memorable year. With the retirements of Niall McNamee and Brian Darby, the immediate future does not look bright.

Had a good Division 4 campaign but the positives of gaining promotion were tempered by a heavy loss to Westmeath in the league final. Soon lost to Carlow in Leinster before Monaghan smashed them in the qualifiers.

Hammered by Donegal in Ulster, beaten then by Sligo, and down into Division 4 for 2018.

Weren’t disgraced in any of their championship defeats in 2017 but those close games against neighbours Clare and Division 4 rivals Wexford hardly suggest the dawning of a new era. Much work to do.

Leitrim GAA's new Centre of Excellence opens shortly but Brendan Guckian’s men are struggling to keep with the likes of Mayo, Galway and Roscommon in their province.

The football final in Waterford wasn’t played until December so that tells you its position inside the county. Won just two league games in the bottom tier last season but came close to shocking Cork in Munster.

Lost eight of nine games in 2017 but hope will be somewhat renewed after the appointment of John Evans.

Very much at the lower end of the food chain. Their most recent competitive win was in February 2017.

Pushed Roscommon all the way in 2016 and tested Sligo for 50 minutes this year. Leitrim in 2018 might be their best opportunity to get that elusive first championship win.