Paul Schutte: Cuala is all about family

AMID all the mayhem – a victory run that took them to the Holy Grail amid the din of Cuala's loveable 'Ultras' - it was actually the little things that caught Paul Schutte's eye and breath.

He came in to Croker to watch the Dublin footballers one day last summer and while waiting for the lift his eyes wandered. Looking back at him was a picture of his own team and another of Oisin Gough lifting the trophy when they won AIB All-Ireland club senior hurling title last March.

“Sometimes it's like it hasn't really sunk in,” he confesses. “We never got away together or anything because, in typical GAA style, we had a league game two weeks after and that rolled into the championship four weeks later so we were straight back into it.

“But seeing the Cuala team photo in Croke Park, that was pretty cool, especially to be the first Dublin team to win it. It struck me then that it was history.”

He first played on the vaunted sod when he was in fourth class. “I actually played there four times in Cumann na mBunscol finals, in hurling and football. The first time there was a jersey clash and we had to change ours, so when we came out our school started booing because they didn't recognise us!” he chuckles.

Yet what Schutte loves most is not the glory days but the kinship.He'd laugh at the slagging about Cuala being 'posh boys' and Bono's neighbours because, like every other GAA club in the country, the Dalkey outfit is its own little village and an amalgam of families and best friends.

His maternal grandfather, from Mullinavat, was one of the club's founding members and his own dad Karl captained Cuala during their first coming, when they won three Dublin SHC titles between 1989-1994.He and his brother Mark are part of the second generation who ended a 21-year wait, starring at either ends of the pitch as Cuala have marched to a Dublin three in-a-row and further. 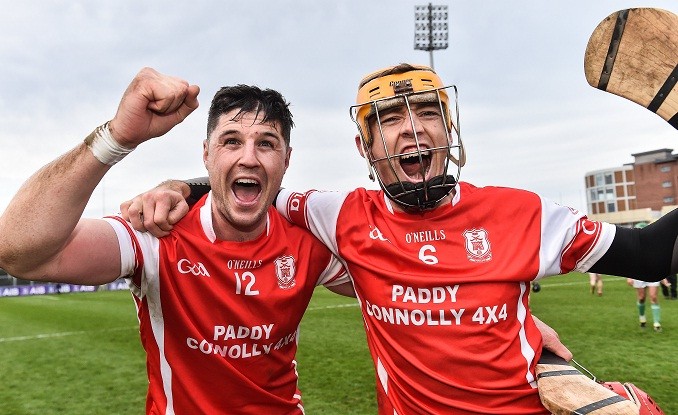 Paul shared a house until recently with his BFFs David Treacy and Gough and fellow-teammates Cian Waldron and Brian Fitzgerald, and their families have all lived in each other’s' pockets for as long as he can recall.

“What I love about playing with the club is that it gives all the families an excuse to get back together,” he explains.

“After all of our games we all come back to the club for food and in the club bar you'll see all the Sheanons, the O'Callaghans, the Treacys, the Holdens, the Schuttes.

“We're all grown up now and living our own little lives but it brings all the families back together and I just love that. The family WhatsApp starts hopping after a game and David tells me the Treacys are the very same.

“You come home from a match, drop the gear bag and go in and the family are already in watching a repeat of the match! It's mad but brilliant,” he laughs. “People in Cuala are hurling and GAA-mad. They just can't get enough of it and I love what that does to the family.”

His own is steeped in hurling and not just on his dad's side. The surname comes from his late paternal grandfather who was German. “I don't exactly know why he picked Ireland but he'd lived through the First World War and didn't want to experience another.”

The Schuttes's hurling lineage is even stronger on their mum Margaret's side. She grew up in Dun Laoghaire and was very sporty – she captained Ireland in volleyball – but her Kilkenny roots run deep, hence their famous hurling cousins like Joey Holden and Brian Hogan.

“We actually had a big Holden family reunion in Kilkenny in October. There was so many there - 300 to 400 people – that we had to wear badges explaining our part of the family tree.”

Yet Cuala nearly lost this young Schutte to soccer.

“My uncles liked football and soccer, hurling wouldn't have been the bee-all and end-all for them like it was on my mother's side, and I played a lot of soccer when I was younger.

“I played for Joey's (St Joseph's Boys in Sallynoggin) and our claim to fame was we went over to Blackburn and beat them 6-0!

“I was around 11 or 12, just at that point where you had to decide (between sports) and I actually quit GAA,” he reveals.

“But I got scared of telling the family, lost my nerve and bottled it! It wouldn't have gone down well, so I reversed my decision a week later,” he laughs.

No one could accuse Schutte of bottling anything these days. The 28-year-old accounting and finance graduate keeps a lot of plates in the air. He works in wealth management for Davy Stockbrokers, took on a new role in work in the past year and also juggles hurling with college two nights a-week where he's studying for his Certified Financial Planning (CFP) exams.

Life is hectic but he loves the ying and yang of it: “When work is stressful I get to go out hurling and forget about it and then vice versa. Davy has been really supportive to me – we have a gym in work which is really handy and they're also the new club sponsors - so I get to marry the two worlds.”

He's certainly not afraid to put his body on the line, as the scar running down the middle finger of his left hand attests. Three weeks before last year's All-Ireland final against Ballyea he broke it in a challenge game with Tipperary. 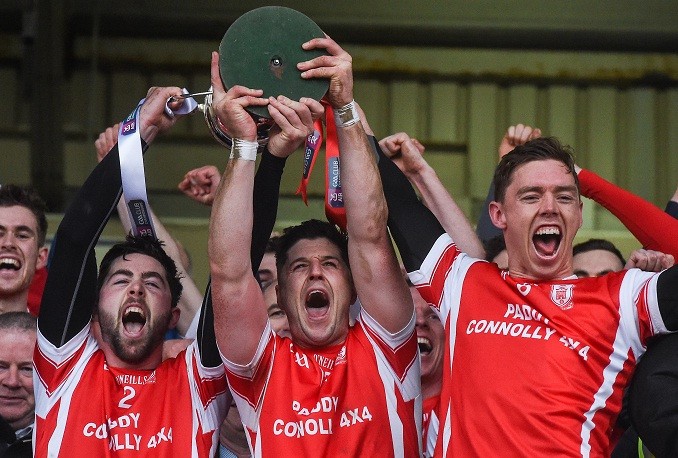 “The Internet's a great thing,” he quips. “I felt the chance of getting back to an All-Ireland final was pretty unlikely, you usually only get one shot at it, so I started Googling it and discovered that Tommy Bowe played for the Lions three weeks after the same injury.

“Fortunately I had two surgeons that were GAA-mad and they put three pins in it. I only picked up a hurl again a few days beforehand but I managed to get through it.

“I've looked back at the tape and I wasn't right. Trying to catch the ball I was a bit windy,” he grins. “But adrenaline gets you through things. The mind is more important than the body. I downed tools for a few months again after and it's been absolutely fine since.”

He says that injury plus work, study and Cuala's hectic schedule are what stopped him from playing for Dublin last year. The same factors could also yet rule him out of new boss Pat Gilroy's plans because “I understand the amount of commitment needed,” but that decision is well down the road.

Right now it's all about club and family which, in Cuala, is pretty much the same thing. Their 'Man of the Match' in last year's AIB All-Ireland final was midfielder Darragh O'Connell who hails from Abbeydorney in Kerry.

“Darragh's fully immersed in the Cuala culture at this stage,” Schutte says. “His parents actually come up for every game, they're hurling mad and part of the family.

“Monica and Padraig Timlin, whose son Simon plays corner-back for us, they have a spare room and always put them up in it so they don't have to pay for a hotel. That's what Cuala's all about.”