The Wexford and AIB Leinster champions meet the Galway side on Saturday, January 20th at Parnell Park in Dublin, and at one stage it didn't look like the latter would even make it.

Before that, Whelan was goalkeeper for the Under-14 team and showing huge potential, though since then he has become an inspiration behind Fethard's run in 2017/18.

When they beat John Lockes of Kilkenny in the provincial final, the team in red were pictured staring up into a camera phone, in what seemed to be a group selfie picture. As it turned out, the team were Face-timing the brave young man.

"He was showing great potential for the future, and I wouldn't have been particularly close or friendly with him because there's a big age gap, but he contracted some sort of virus through his breathing I think," midfielder Foley tells AIB GAA.

"Basically his immune system started attacking itself and it shut down and he was left at death's door really. He was in Temple Street Children's Hospital for I don't know how many months, nearly non-responsive; physically he wasn't able to move his muscles, which had completely shut down. 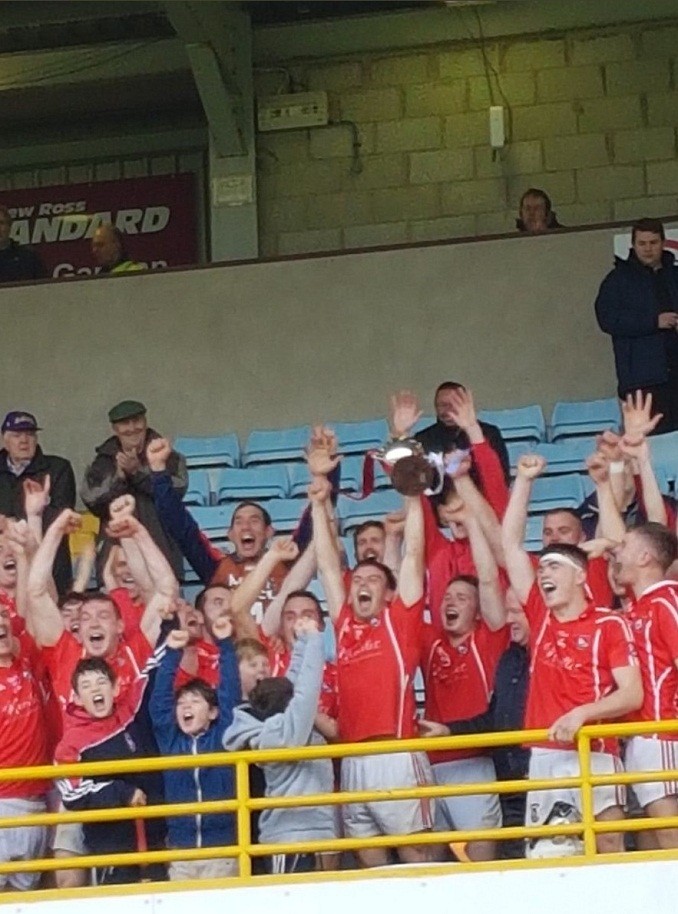 "We visited him and I was speaking to his mother, and they were nearly expecting him to not make it at one stage. There would have been several fundraisers that are parish to try and help out with financials and the costs of his treatment. Even their accommodation in Dublin and things like that. Our GAA club is very good that way, a great effort was made.

"When we got to the county final, I mentioned him in my speech, saying he'd be the first person there if he could be. So we went up and we visited him after the county final in Temple Street. He had made massive improvements from when he first went in: we were able to have a conversation with him, he was sitting upright in the bed, and he was starting to show physical improvements. He was able to move his arms and things like that.

"We brought the cup up to him and we have a picture which ended up on the club's social media page, and that raised a bit of awareness in the local area about how serious his illness was. The day of the Leinster final, to be honest, after we won it, I hadn't a clue that he was being Face-timed.

"The next thing I was just standing with some of the lads celebrating and here we were live on Face-time. He'd have a couple of favourites on the team like Eddie Power and Mikie Dwyer, maybe his heroes and they were on the Face-time too. It was a brilliant moment.

"People saw the picture in the paper and they thought we were taking a selfie. And then it came out that it was Face-time and it was brilliant."

It's been a landmark year for the club. In 2016, they lost the County Junior Final to Matthew O'Hanlon's St James, but merely getting there fuelled a greater effort heading into the new season.

Things began to click in the quarter-final win over Our Lady's Island: "we got our gameplan going, the numbers and effort in training have gone up, and we started to steamroll on," says Foley.

The Wexford senior panellist explains that the club is 50-50 on hurling and football, and that it's actually something of a sensitive topic locally. They're senior in the big ball, but have twice been relegated since making a senior hurling semi-final in 1998.

Foley points out an unusual and unfortunate trend in the club at recent times, with injury scourging talent at different levels. He estimates that from Under-14 to senior level, in the past five years, somewhere in the region of 11 or 12 players have done their cruciate. No doubt, that has played some part in slowing down progress.

"I think last year stands to us a lot because, to be straight about it, our preparation wasn't what it should be throughout the year. When we got to the county final, I don't think we had the work done. A lot of lads had acted the clown, or whatever. And to be beaten by our local rivals was a bitter pill to swallow.

"This season, everyone took it more seriously and wanted to prove what the team is capable of. We have several lads who have hurled county between minor, Under-21s and senior. Everyone talks about our potential for a number of years and we haven't done anything. So when we lost the county final, lads thought about what we could do if we did put in the effort. So this run has shown that." 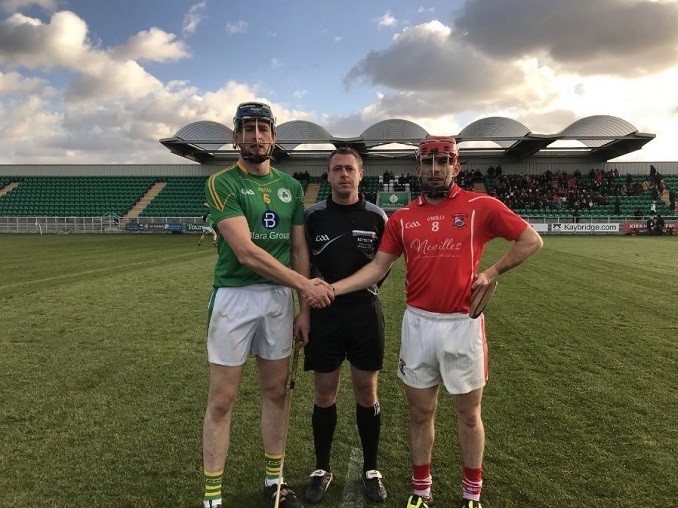 And so it goes on, with Parnell Park coming fast over the horizon. Their inspiration, no doubt, will be there supporting the team.

"I was there with Wexford in the Walsh Cup against Carlow last Wednesday in Hollymount and it was the first game that Rory had attended since last April, and it was a great moment. It was massive.

"He's struggling with his legs because some of the muscles are very big and he's struggling to get use back in them, but he was in an automatic wheelchair and his mum and dad were there and he met Davy Fitz and watched the game.

"I met him afterwards and he was absolutely thrilled. I think he has now moved from Temple Street where he was full-time to Dun Laoghaire in a rehab centre from Monday to Friday, and then Saturday and Sunday he's able to go home.

"He actually got his hair cut in the local barber over the weekend so he's starting to get a bit of normality back. It's great and I think before the semi-final — and we haven't arranged it yet — we would like to get him up for a training session in the pitch and make a bit of a deal about him, get him involved in it a bit more. But it's good to see him making improvements but he has a long way to go still I think."

But will Rory be there for the semi-final?

"Oh he will yeah, I'd say you'd have an awful job keeping him away from it. Especially that it's in Dublin, that makes it easier for him."