A maiden Mayo title and a Connacht cup, John Maughan has left his mark on Lahardane

Lahardane is linked to one of history's biggest events. In fact, per capita, it suffered more from the most famous disaster of the 20th century than anywhere else in the world.

At the foot of Nephin Mountain now stands the Addergoole Titanic Memorial Park, a fitting tribute to those who never returned, and to a parish hit so hard. 105 years on, history beckoned, but this time for all the right reasons. Local club Lahardane GAA won their first ever Mayo junior football championship title.

The man who took them there, and now on to an All-Ireland semi-final against Multyfarnham of Westmeath on January 20, is John Maughan. A big-name boss who had previously taken the reins with Mayo, Clare, Roscommon and Fermanagh. So how did a man who led his native county in three All-Ireland finals end up in charge of this tiny club from over the road? Simple, his brother Seamus is club chairman, while nephews James and Jarlath are part of the panel.

"My mother came from that village, she was born and reared there," says Maughan. "I spent a number of summers there as a young lad, and my brother arrived there and took over as chairman.” It's a small club and they couldn't get anyone to manage them. He came back to me two or three times but I hadn't any interest. So he kept coming back to me and I did a fewsessions, but I said under no circumstances would I get involved. So they were just very stuck and couldn't get anyone else basically," he smiles. And yet, in his first season, it quickly dawned on Maughan that there was talent to work with. There are just 75 adult members so there wasn't a huge pick, but it was tight-knit. 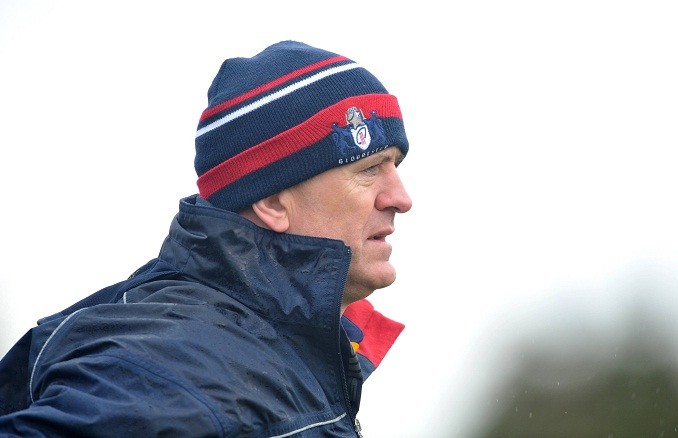 "It (winning a first county title) was on our radar alright, that's what the object of the exercise was. We wanted to go and win the damn thing. There's no point in competing without having certain aspirations and goals. "I began to focus in on it myself after a number of months. I started to see the true potential of the lads, and we were playing at intermediate league level and we were very competently holding our own. "So I was quite confident, albeit I was aware that Kilmaine, the team we played in the final, were out-and-out favourites.

"It was unbridled joy," Maughan smiles when recalling winning the title. "It was a bit of a fairytale. It was quite emotional at the final whistle, the club in existence only about 65 years and they've only ever been to finals twice in their history. To get to the final was great but to win it was incredible. "I'm very emotional for people who had been soldiering away and keeping the club alive for decades. I would have known many players who played for the club and they were always recognised as having good footballers but not being quite able to get over the line. "But this was quite significant and to be involved myself as nice as well with my family involved."

Maughan brought his immediate family and a crew of his friends down to witness it, old teammates including the likes of WIllie Joe Padden. Big clubs with stored histories are used to success, but this was something different.

"Just great excitement, because it's a rural village with just two pubs in it. And the night of the county final, the village was absolutely jam-packed and everyone wanted a piece of the action. "I've heard about this stuff before and I read some interviews about what it means to a small village, and to be part of it for me was mighty. I was delighted to be involved in it." It's a town with a dark past from a century or so ago, but it's nice to have something to savour, and the journey goes on.

Maughan is well aware of the dark past, as his mother hails from the area.

"I was always aware of its growing up from my Mother, God rest her, she was born and reared in that village. It was often mentioned in our house and she would have known the families indirectly. But it was an awful tragedy that hit the town for those involved with the Titanic. "It was typical of the time when you had mass immigration and, per capita, the village had the biggest percentage of deaths. It left its mark in many ways but there's a great community involved there, and they opened a memorial park a couple of years ago.

"Just great credit due to those who put together that fantastic park. Lahardane has always been recognised as a Titanic Village because of those who lost their lives and the sadness of that. "You get a sense of it when you're driving through the village especially when you go past the park. A very sad time."

A maiden Mayo title, and a Connacht cup to go with it, has put the small village of Lahardane on the map for a much happier reason.