Fourteen years on from making an AIB senior club football final, one Kerry legend is looking to do so again at intermediate level. Delightfully, An Ghaeltacht's Marc O Se is coming up against a long-time foe in Sean Cavanagh, a man he fought tooth-and-nail with when Kerry and Tyrone were ruling the land. 2010 Young footballer of the Year, Aidan Walsh, takes up his hurley this weekend, while a 2004 All Star looks to take his Wexford club side to Croke Park. That's just some of the magic on show in this weekend's club action.

There’s some gloriously sepia-tinged about this clash of old Kerry and storied Tyrone stock. Marc O Se up against Sean Cavanagh. As was the story in All-Ireland finals between the Kingdom and the Red Hands, now it is the headline for this AIB club All-Ireland semi. One of the form players in the country, Colm Cavanagh, could well be the deciding factor for Moy but the Kerry men are strongly fancied. Twelve of their players made up the West Kerry side that qualified for the senior county final recently, with players like young Tomás O Se, Padraig Óg Ó Sé (son of Paidi), and Kingdom star Brian Ó Beaglaoich in the mix.

Lahardane (Mayo) v Multyfarnham (Westmeath), Dr Hyde Park, 2pm
Two villages famous in their own rights, but neither solely for footballing reasons. Lahardane is known as the Titanic Village as 11 of their natives perished when the famous vessel went down over a century ago. Meanwhile, the little hamlet of Multyfarnham, home to between 400 and 450 people, was previously up in lights after winning the 1977 Tidy Towns competition. Both ended long famines en route to the AIB All-Ireland semi — the Mayo side waiting 51 years for a maiden county title, while the Westmeath side bridged a gap of 61 long seasons.

Knocknagree (Cork) v Naomh Colmcille (Donegal), TEG Cusack Park, 2pm
Knocknagree are riding the border between Cork and Kerry, but they remain just inside Rebel territory. Kingdom sides Rathmore and Gneeveguilla are just a hen’s kick down the road, and their bond is strong. The Cork junior championship has over 100 sides so Knocknagree had a tough road, and since then they had to account for Dromid Pearses of Kerry — managed by Declan O’Sullivan. In what will be Knocknagree's 40th game overall of the 2017/18 run, Naomh Colmcille will provide the opposition. The Donegal side beat Dunedin Connolly’s in Edinburgh at the AIB All-Ireland JFC quarter-final stage — with Daniel Clarke and Ryan McErlean getting crucial scores. 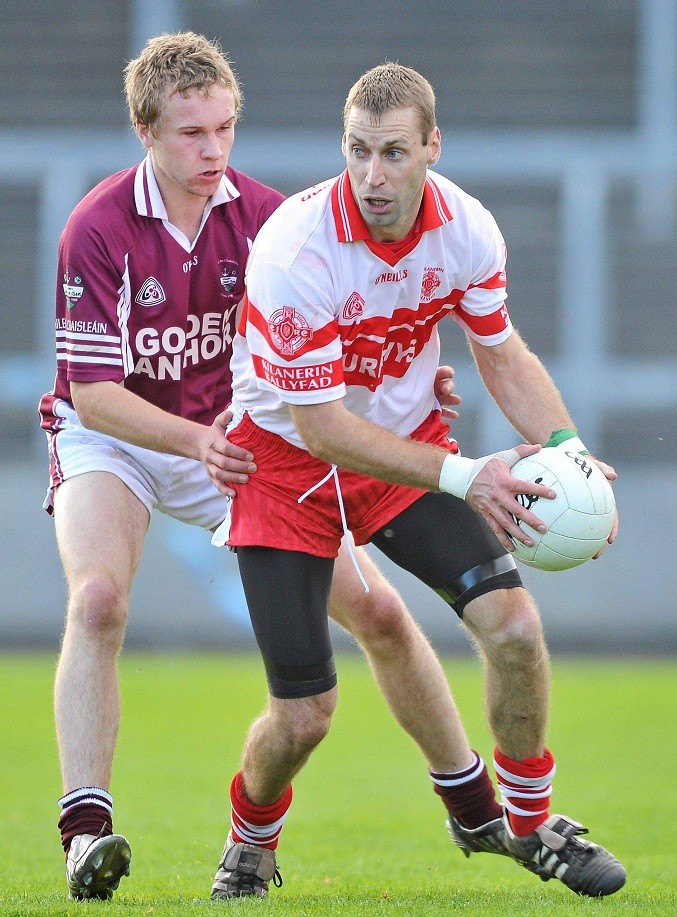 Michael Glavey's (Roscommon) v Kilanerin (Wexford), O'Connor Park, 2pm
Michael Glavey’s are located just inside Roscommon territory, backed up against the Galway and Mayo border, in the villages of Ballinlough, Cloonfad and Granlahan. Andy Glennon is their go-to man up front and he hit 0-9 in the Connacht final win over Claregalway — during which both sides wore their county shirts of Roscommon and Galway. Trying to stop Glavey’s is a Wexford outfit containing 2004 All Star, Matty Forde. He kicked four late points as Kilanerin turned around a two-point deficit against Ballyboughal in the AIB Leinster final.

Anthony Nash did his best to play down Kanturk’s chance before their AIB Munster final clash with Kilmaley, but the reality is that the Cork side have an excellent team. They’re backboned by the Rebels goalkeeper, dual player Aidan Walsh, and Lorcán McLoughlin, not to mention centre-back Darren Browne who plays with Mary I college. Middletown almost won this competition in 2012 but they needed an injury-time goal from Martin Maguire just to snatch the Ulster title from Lavey of Derry. This is a huge step-up and, though they have the likes of Ryan Gaffney up front, it’s hard to look past the Leesiders.

Fulham Irish (London) v Corofin (Galway), Ruislip, 1pm
This AIB All-Ireland club SFC quarter-final had to be re-fixed because McGovern Park in Ruislip was covered in snow when the sides met up during December. It wasn’t a total loss as the two club sides enjoyed a night out together in London… the devil makes work for ideal hands, as they say! Fulham Irish will have Owen Mulligan among their ranks, who could be picked up by Kieran Fitzgerald — the pair have met previously in clashes between Tyrone and Galway. Corofin are unbackable favourites due to the class upfront of Micheal Lundy, Gary Sice, Jason Leonardand Ian Burke. 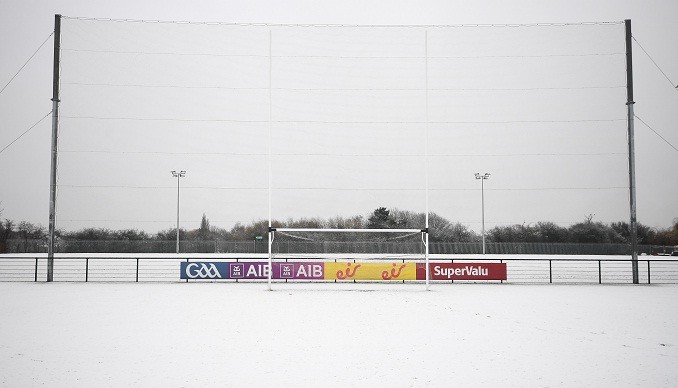 Sylane (Galway) v Fethard St Mogue’s (Wexford), Parnell Park, 3pm
A clash of Galway and Wexford, as it was for last year’s Leinster final clash at inter-county level. Sylane got to this stage two years ago but were beaten by Eoghan Rua of Derry, who then went on to lose the final to Kilkenny’s Glenmore. Fethard St Mogue’s are in their way this time, a side with the county panel experience of captain Garrett Foley. Mikie Dwyer, free-taker Mark Wallace and Graham O'Grady provide further threats.


Tooreen (Mayo) v St Partick’s Ballyragget (Kilkenny), Gaelic Grounds, 2pm – LIVE ON AIB GAA
Tooreen became the first Mayo club to lift the Connacht intermediate hurling crown since the competition was introduced in 2005. Part of the panel are Shane Boland and Kenny Feeney, who won Nicky Rackard Cup medals with Mayo in 2016. County senior footballer Fergal Boland, who featured in the early stages of the 2017 season for Stephen Rochford’s outfit, is also part of the Blue Devils’ brigade. Ballyragget will be hugely fancied to win this game, thanks in part to the class of Kevin Kelly, a goalscorer for Kilkenny in the 2016 All-Ireland final against Tipperary. They edged out Glenealy in the Leinster final thanks to a late Kelly free, and they are just 120 minutes away from regaining a title they last won in 2012. Seoirse Kenny, Michael Brennan, Brian ‘Brooky’ Phelan are other key men for the Marble County champs.

Ardmore (Waterford) v Setanta (Donegal), Pairc Tailteann, 2pm
Seamus Prendergast is the leading name for a Waterford side that edged out Ballybacon-Grange of Tipperary in the AIB Munster decider. But he also has his brother Declan, another multiple-Munster champion with Waterford, in the side. They’ll meet Donegal champions Setanta in the semi-final in Navan, with Danny Cullen among their star players. The silky star briefly transferred to Dublin side Cuala back in 2012 en route to a county final appearance but is back with his native side. They won their first county title since 2008 against St Eunan’s, after losing three deciders in the interim. Kevin Campbell and full-forward Declan Coulter have been on fire and continued in that vein during the impressive 2-17 to 3-11 Ulster JHC final victory over Na Magha of Derry. 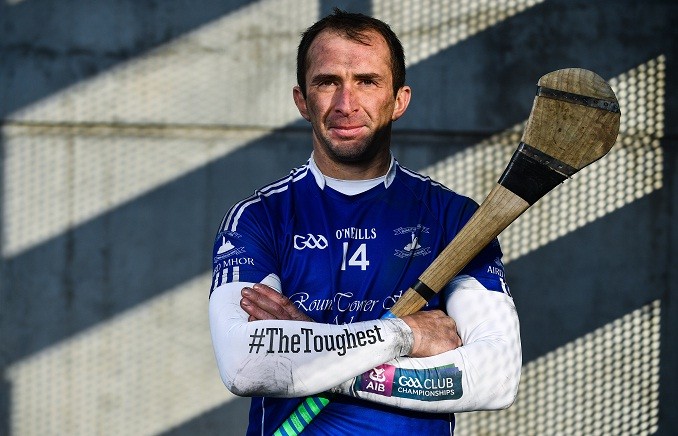