The weather wreaked havoc last weekend so there’s fixtures both old and new this weekend. That includes some crucial camogie club clashes, with AIB All-Ireland final places up for grabs. We’ll also look at some men’s games that include storied names such as Matty Forde, Marc O Se, Sean Cavanagh, Seamus Prendergast and Anthony Nash.

Slaughtneil (Derry) v Thomastown (Kilkenny), Inniskeen Grattans, 2pm
A Monaghan venue for the clash of Derry, Ulster and All-Ireland champions Slaughtneil against Kilkenny and Leinster winners Thomastown. The latter endured massive heartache at this stage of the competition one year ago as Sarsfields had their number. One year on, Shelly Farrell and Co are looking to get their side into a first ever AIB All-Ireland final. But it’s hard to back against the kingpins from the Oak Leaf County.


Burgess-Duharra (Tipperary) v Sarsfields (Galway), Banagher, 2pm
Burgess-Duharra were crowned AIB Munster senior champions after taking down Inagh-Kilnamona of Clare, and Eimear McDonnell and Jenny Grace are expected to be to the fore once more. They take on the Galway champions, Sarsfields, who were All-Ireland runners-up one year ago. Backboned by the McGrath sisters — whose father Michael ‘Hopper’ starred for Galway many moons ago — Sars beat Mullagh by 3-10 to 1-7 in their county final. The Tribal County representatives are from the New Inn-Bullaun-Woodlawn area of the county, and the club won back-to-back AIB All-Ireland hurling championship titles in 1993-94. Maria Cooney — daughter of Joe — is also a focal point.

Athenry (Galway) v Lismore (Waterford), Nenagh, 2pm
Lismore might well be in a junior men’s All-Ireland semi-final this weekend but the camogie stars have glory in their sights too at intermediate level. Athenry reached the semi-final by defeating Mountbellew-Moylough in the Galway finale. Lismore, meanwhile, advanced after overcoming Cork’s Newcestown in the AIB Munster Intermediate Club Final. Lismore are aiming to avenge their final defeat in 2015, and collect a second All-Ireland crown.
Verdict: Lismore


Eglish (Tyrone) v Johnstownbridge (Kildare), Donaghmore Ashbourne, 2pm
Eglish will feel as though they have unfinished business in this competition. They finished as runners-up in 2017 but are back in the hunt after an AIB Ulster final win
over Clonduff of Down. Johnstownbridge took care of Myshall of Carlow in Leinster and, with back-to-back Junior All-Ireland titles under their belt, the Kildare outfit are looking to make an Intermediate decider at the first attempt — with Siobhan Hurley providing a scoring threat. 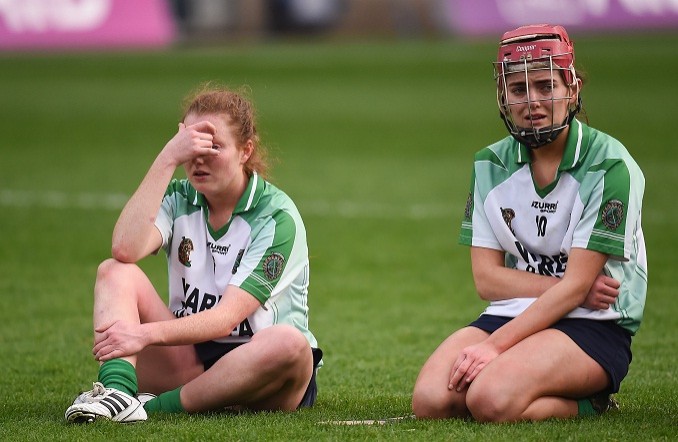 An Ghaeltacht (Kerry) v Moy (Tyrone), O'Moore Park, 2pm
What a journey this Kerry club has been on. Back in 1992, they won a Junior B title with the likes of Dara O Cinneide and Darragh O Se still in their teenage years. Fast-forward to 2001 when they lifted a senior county crown and then, in 2004, they made a senior AIB All-Ireland club final, where Caltra got the better of them. Marc O Se is still playing away, while O Cinneide is a selector. On the county scene, the big enemy to the Kingdom throughout the noughties was Tyrone, and a team led by Sean Cavanagh. So now that An Ghaeltacht are back in the big time with this intermediate All-Ireland semi-final, how curious that O Se and the 2008 Footballer of the Year would be in opposition. Sean’s brother Colm has become the heartbeat of the Tyrone team and won his first All Star in 2017. But perhaps it’s coming stars such as young Tomás O Se, Padraig Óg Ó Sé (son of Paidi), and Kingdom star Brian Ó Beaglaoich who will make the difference here.

Kanturk (Cork) v Middletown (Armagh), Newbridge, 2pm
Another game that had to be postponed because of the weather, and one where Kanturk are the heavy favourites. Goalkeeper Anthony Nash did his best to play down the Cork side’s chance before their AIB Munster final clash with Kilmaley, but the reality is that they have an excellent team. They’re backboned by the Rebels goalkeeper, dual player Aidan Walsh, and Lorcán McLoughlin, not to mention centre-back Darren Browne who plays with Mary I college. Middletown almost won this competition in 2012 but they needed an injury-time goal from Martin Maguire just to snatch the Ulster title from Lavey of Derry. This is a huge step-up and, though they have the likes of Ryan Gaffney up front, it’s hard to look past the Leesiders.

Michael Glavey's (Roscommon) v Kilanerin (Wexford), O'Connor Park, 2pm
Michael Glavey’s are located just inside Roscommon territory, backed up against the Galway and Mayo border, in the villages of Ballinlough, Cloonfad and Granlahan. Andy Glennon is their go-to man up front and he hit 0-9 in the Connacht final win over Claregalway — during which both sides wore their county shirts of Roscommon and Galway. Trying to stop Glavey’s is a Wexford outfit containing 2004 All Star, Matty Forde. He kicked four late points as Kilanerin turned around a two-point deficit against Ballyboughal in the AIB Leinster final.

Ardmore (Waterford) v Setanta (Donegal), Pairc Tailteann, 2pm
Ardmore are unbackable favourites here but the glory of the junior club championship is that it’s yet another clash of unknowns. Seamus Prendergast is the leading name for a Waterford side that edged out Ballybacon-Grange of Tipperary in the AIB Munster decider. But he also has his brother Declan, another multiple-Munster champion with Waterford, in the side. They’ll meet Donegal champions Setanta in the semi-final in Navan, with Danny Cullen among their star players. The silky star briefly transferred to Dublin side Cuala back in 2012 en route to a county final appearance but is back with his native side. They won their first county title since 2008 against St Eunan’s, after losing three deciders in the interim. Kevin Campbell and full-forward Declan Coulter have been on fire and continued in that vein during the impressive 2-17 to 3-11 Ulster JHC final victory over Na Magha of Derry.