Brendan Bugler: Why I couldn't give any more to Clare

Hurling has played a major part in my life for many years now but, as Bob Dylan wrote, “times they are a changin'". I don't know how 'Brick' Walsh is able to keep doing it. Or before him, many other players who too managed to play at inter-county level for years with so many external responsibilities.

I finished up with Clare at the end of 2017 and part of the reason was how annoyed I was at the one-size-fits-all approach to training. Motivation and enthusiasm are two key ingredients to becoming an inter-county player. It's grand when you're 19 or 20 years of age and you're sitting there in a lecture hall counting down the hours until you can go training, buzzing to get out onto the field irrespective of what time of the year it is, no responsibilities, but that can't go on forever.

Physically, the pre-season hard slog was never a problem but as the seasons passed, it became mental torture. That motivation and enthusiasm wasn’t there in the last year. How could it be? As you grow older in life, you pick up more and more responsibilities, so your family and your career have to become centre stage and not just the thought of playing in Croke Park. Jackie Tyrrell - a man I have admired for many years - stated in his book how one has to be selfish in their pursuit of success, and I totally agree. But that single-minded approach can’t last forever. Many great players have ended their career prematurely at the peak of their game, such as Domhnall O'Donovan.

Dunnie made the decision to put his career before hurling and I have great admiration for him making such a decision in an era where it’s extremely popular to play for Clare, and after being a stalwart for many years. He simply could not do both and, if he did, his own mental wellbeing was taking a hit. I sometimes wonder do GAA managements understand that, as guys go through their twenties, they pick up responsibilities. Therefore, should there be a one-size-fits-all approach to training? I don’t believe so.

In 2017, time constraints hit a new high and, as a result, I became mentally drained. We could have gym on Monday night (which we would have to attend) with a meeting maybe before and after, then training on Tuesday, gym Thursday and training again Friday - with, more than likely, more meetings. Then we had games too.

You can imagine how understanding a partner has to be to accept that, and even moreso when kids have to be factored in. Never mind actually doing all of the above, and sitting through meeting after meeting. Men playing senior hurling at the top level are mature enough to take personal responsibility for their own game. I would much have preferred to analyse my own game and the team’s game in the luxury of my sitting room rather than in a cold damp room either before or after training. I simply hated these meetings.

When you're that bit older, and you've had a child as I have had recently, and you're building a house or whatever, it's over the top. Do you sit still and put your life on hold? It’s very hard to give up four or five nights per week. From my experience, we must start to look at the needs of each player. I'm 32 years of age now and I want to be home and I'm needed there, far more than I was earlier in my career. The lack of tailoring to individual needs is the big one though, and part of that is down to not trusting players. Surely lads can be considered responsible enough to look at their own clips of video analysis at home than to do it all collectively. If they do not take responsibility on analysing themselves they should not be on the panel anyway. 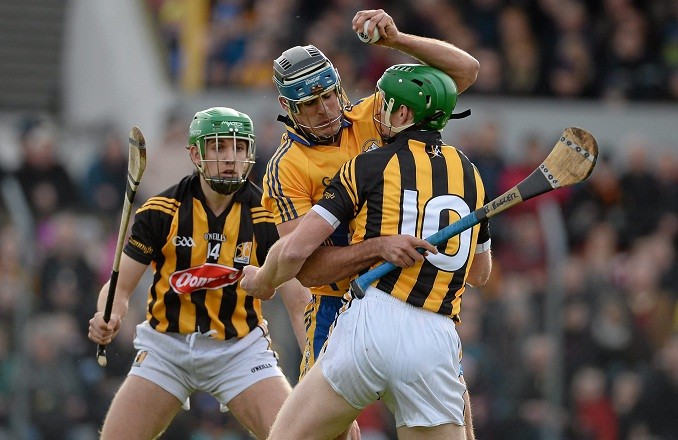 Don't get me wrong, I enjoyed my time with the county and I have got so much out of being involved but I'm really looking forward to giving four or five good years to the Whitegate senior team and underage set-up. It's a bit of a cliche to talk about giving back, but that's also the truth. In the last seven years or so, I feel like I've become disconnected from the club, because we spend almost all of our time with the county. Then once that's done, you might be together for a month or so, and that's it for another year. If you're living in the parish it’s great, you can pop down to training every now and again. But when you’re not, it's more difficult to make that connection.

What I'm looking forward to is getting to know some of the younger lads who I genuinely don't really have much familiarity with. I think that's a sad tale all across the country, with the club v county divide. I'd say I barely know what's been going on with Whitegate in the last number of years, and that's frustrating. I do think the situation can be changed, and my suggestion is that county players be released to train with clubs sides once every two weeks. Inter-county is too full-on these days, and I think this would even help keep lads fresh too. Guys would be more eager when coming back to county training.

There are elements of what Kieran Bergin said about intercounty commitments that I disagree with, and parts I'm on board with. Overall, playing for Clare definitely had more pros than cons. The buzz of the call-up, the debut, the first man of the match award, the plaudits, the mega buzz of the big games as Jackie would call it, you versus your man, the challenge. I feel privileged to have had these experiences.

I do agree with Kieran on drink bans. The idea that a lad would be told to not drink for six months is ridiculous, and the very suggestion of banning 35 lads from doing so and expecting it to be adhered to is silly. It's asking for trouble, and it creates frustration then when some people step out of line. Senior players are adults and should know what is expected rather that have to be told, and we are “amateurs” at the end of the day.

There would've been plenty of rumours about Clare when Davy Fitz was over us, but he didn't go for flat-out bans for a full six months; we would've gone out after league and championship games at times. When you have to get a big block of training done, I think it’s appropriate then and I understand managements making that decision then, but a full six months? Waste of time.

Suffice it to say, the All-Ireland title win in 2013 was the highlight of my inter-county career. Elation and disbelief are what I recall of the final whistle. Pure disbelief. Because, when you look back, we were nowhere in 2009, 2010, and 2011 especially. So it's still hard to believe we won the Liam MacCarthy Cup from such a low base. Believe it or not, I've only ever watched back that game once. I don't know why, perhaps it was not wanting to be satisfied with it and going soft — to be stuck in the past.

We're often accused of not backing up 2013, and I find it hard to put my finger on why we didn't get back to the big stage at Croke Park. Maybe we tried too hard. How? Well, the quantity of training and lads being so worked up individually to try to prove we were not a flash in the pan. Maybe we overdid it, over-thought things, and put too much pressure on ourselves individually. It certainly wasn’t for the lack of effort. It's disappointing we didn't get over the line in Munster either, and I think it was there for us in 2017 and, being honest, I still am bitter with decisions that were made that day. To me the main focus should always be on ourselves and our game. Sure, you have to look at the opposition, but we overdid it and it was probably the most disappointed I ever was during my 11 years playing senior for Clare.

That journey is over and what I'll miss is the big games; those occasions. Players that have been around eight or nine years know what is takes to get themselves right for those big games. I look at the way Davy managed Tony Browne. There was no-one-size-fits-all approach there. He knew he would be right come championship. What's being asked now of older players is huge, and I have to say I am not missing the hard slog this time year. Other things in life have taken centre stage.

It's great to have to club to go back to, and give more to. It's back to the Red and Black, where it all started.