I remember looking down at the grass as it started to turn red. I'd been waiting six years for my chance in a senior All-Ireland hurling final but now I was in a state of confusion. The last thing I'd remembered happening was Bonner Maher running up the line with the ball, and I was trying to get close to the action because I thought he'd get caught up in traffic. I blew for a free, and then a shemozzle kicked off, and I went in to pull lads away from each other. Next thing I got a bang out of nowhere, and I can picture now the flabbergasted look on Brian Hogan's face.

The blood start flowing from my nose, but I didn't even know what had happened. The Kilkenny doctor, Tadhg Crowley, came in to patch me up, and thankfully the game soon went on. Thinking back, it never even occurred to me at the time to send off Tommy Walsh for smashing me across the nose with his hurley. Being honest, myself and my linesmen hadn't even copped who it was so we couldn't, and it's for the best because I didn't want the 2011 final to be about me. If he'd connected with a Tipp player instead, I'd have had a big decision that might have altered the outcome.

Over the course of my career, it was often pointed out that The Cats didn't tend to lose when I was the man in the middle. Realistically, they were beating everyone no matter who was wearing black. But it's a tough enough job for any ref without pressure being piled on from outside, and it's something we've seen a lot with ex-players and managers commenting in the media before big games. That's designed to have an impact on the day, and you need to be mentally tough and experienced to overcome that.

Before the 2016 final, between Tipp and Kilkenny, James Woodlock - who had retired a year earlier - was quoted as saying he just wanted the referee, me, to show fairness to his county. I've never wanted to cost anyone a game and I felt I've always been fair to every team. In saying that, now that I'm retired, I must admit that I was delighted to see Tipp go on to win that game fair and square. It put an end to the old rumours. But we do have to be wary of ex-players planting seeds in media, because it adds pressure. You can easily imagine how it could intimidate someone not used to the scrutiny. 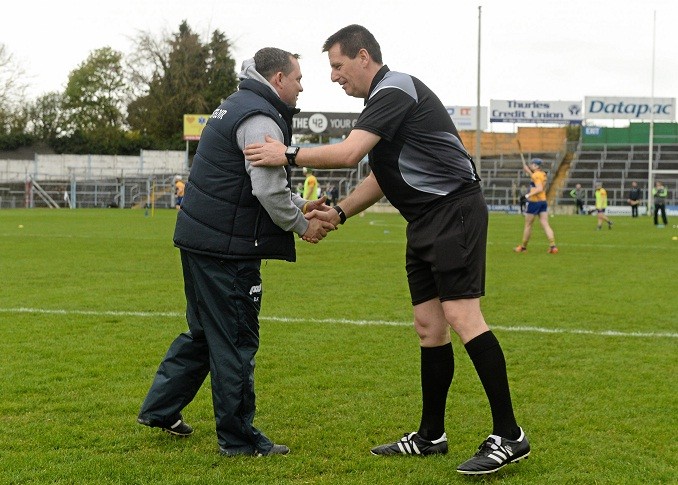 Referees need big games to get used to it, so it's unhelpful for the likes of Paddy Neilan to be put under the microscope as he was after the football league final last year. If things go wrongly, you don't get more big games, or have it explained. I think there's work to be done in this area by Croke Park.

There's a lack of understanding of rules too. I've often explained decisions to players and managers and they've looked at me like I've two heads. To combat this, why don't match programmes have small sections every time explaining a rule? That would help. RTE and the GAA could also sit down and discuss the idea of having a referee on to talk rules every so often. And no, I'm not simply canvassing for a job!

I'll continue to officiate at club level and, in some ways, it's harder there. For one thing, you can hear what's being said to you from the stands. There are clearly defined rules observed at county level whereas at club you could be scratching around to get umpires who might not be neutral, and things can kick off easier too.

I have to say that I think hurling is pretty much perfect as it is. Maybe they could look at changing the square ball rule so that a lad is okay to encroach as soon as the ball is struck. Otherwise, since they got rid of the handpass score, it's perfect as is. Well, unless they could abolish the sweeper!

The style of refereeing can differ but I think most refs are trying to let it flow now. You see it with Fergal Horgan, and the likes of Colm Lyons has gone that way too. I liked to let it go but you have to react to a game on the day. I did the Leinster replay between Galway and Dublin in 2015 but they had no interest in hurling. It was getting out of hand and I don't think I've ever given out so many cards. I had to blow more just to try to keep some sort of lid on it. You have to adapt when lads are dogging each other.

It's the same when you have lads mouthing. I had an incident with Davy Fitz in 2013 when his Clare side lost to Galway in a quarter final. James Owen was doing the line and Davy had previously had a run-in with him during the league. So this time around, Davy was going berserk with James over a line ball so I went over and told him to behave. I regret wagging my finger but he did know from my tone that it wouldn't be tolerated. I don't think we had any issues since.

I often felt that each team almost designated someone to get onto the referee during games. John Gardiner always did it with Cork, Henry Shefflin always did the same in a mannerly way, while Kevin Moran and Joe Canning would usually talk for their teams. It feels like a tactic. 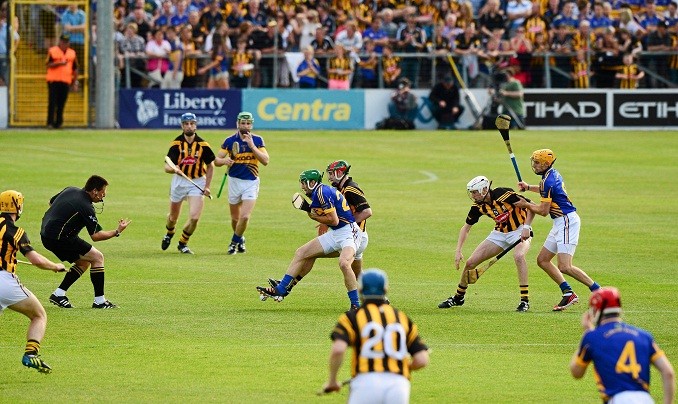 The club final in 2006 was a great thrill but my most memorable day with the whistle had to be the 2013 qualifier between Kilkenny and Tipp at Nowlan Park. The place was packed two hours beforehand and I was really up for it. Pat McEneaney was the referees' chairman at the time and he knew it would be fiery, so he wanted me to control it. My father was umpire that day, on his 70th birthday, and I wanted it to go well and thankfully it did. It was some occasion.

I spent 16 years at it but last year I just wasn't enjoying it anymore, the demands are too much. You could be gone for eight to ten hours in a day, and then you don't even get much feedback, only the assessment itself. More needs to be done to sit down with refs. The scrutiny is huge now with so many camera angles and slow-motion, and the fitness tests we're being asked to do. This Friday, the lads will be doing a bleep test and it's tough going. Twenty metres up and down, with ten seconds' rest. And it only gets tougher. You're expected to get a score of 16.8 for the league and 17.4 for the championship. All after training away for 11 weeks on your own.

Why don't they let lads ref a few league games and judge then by what they see in terms of fitness. It's easy to tell if a lad isn't up to standard, and then tell him he needs to get fitter etc if he wants to be there in the summer. Give him a programme to improve.

I've no regrets over my career, I took part in a lot of great games. I hope the next generation of officials get more help and I'm happy to play a part in that if needed. For now, I'll keep doing it at club level, and I'm excited to start doing co-commentary with Midlands Radio.