Multyfarnham on a high after bridging 61 year gap

David Wallace initially struggled to shake hands with the man who would soon make him captain. When Multyfarnham lost the Westmeath junior football final in 2015, Louis Ennis was managing the opposition, Milltown.

That defeat meant that Multy’ had ended the year as bridesmaids for the second season running, after Moate — who went on the claim Leinster — sent them packing during the 2014 decider.

As it turned out, Ennis had seen enough during that 2015 clash to realise there was huge potential there. Having won a Leinster junior crown at full-back with his own club Ballinagore in 2005, the first Lake County side to do so, serial-winner Ennis was the right fit.

Wallace laughs when he recalls the appointment. “It was hard to shake Louis' hand the first time he came in but he's turned out to be a fantastic choice,” says the corner-forward. “The team was well-drilled all year and we knew going into every game what we were supposed to do, down to a man. That bit of wisdom to get us over the line the end.”

Certainly, to bridge a gap of 61 years since their last title, something was needed. You can trace much of their breakthrough to the underage work being done in the area, with the likes of Sean Kelly prominent in that. The club have built from the bottom up and, of the 2014 final side, just four remain in the starting XV. In fact, 11 of the team are age 24 or younger.

“I was working out during the year, we have a panel of about 40 people or so, and I'm sort of in the middle now because I'm 25,” says Wallace. “I don't know if I'm considered young or old! 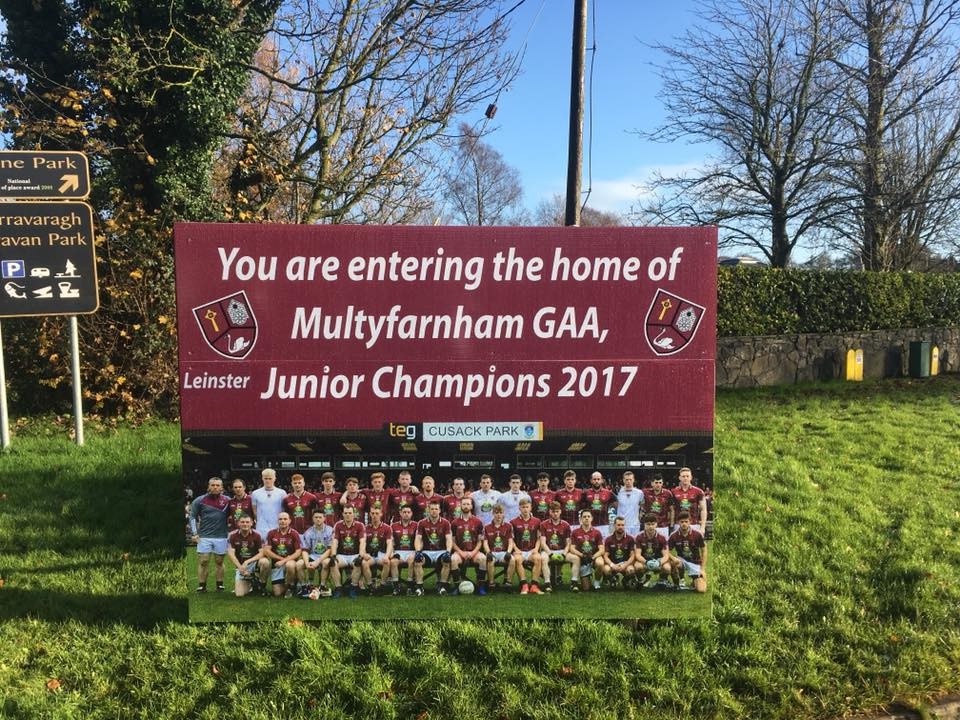 “I’ve been around for a few years now, including some of the harder ones, and we've got a lot of young players through now so it’s a nice mix.

“I’ve been to other clubs who don't have any underage structure and you can see that they're struggling to get numbers at the moment,” he adds. “Just to see the numbers that we have coming out for underage all the way up, it's fantastic.

“All those boys are making a huge impact. We had Sean Rock, who was second year minor this year, who came on and got to spot in the team and he was playing for most of the year.”

Lahardane are next up in the All-Ireland JFC semi-final, a side Wallace knows very little about, other than their manager John Maughan. No doubt the Westmeath side will be looking to add to the county success — when they beat Ballynacargy — and the glory of the AIB Leinster final — against Erin Rovers of Offaly.

It’s a far cry from their many years in the doldrums, and indeed being amalgamated with another club up until about a decade ago. These days it’s an upward curve and title wins, which led to great scenes in the town when all the players climbed aboard a huge American-style truck owned by local man, Dessie Greene.

“It was our first Leinster but we won our county for the first time in 61 years,” says Wallace. “It was unbelievable to finally get over the line because we've been challenging for a couple of years now and we were just delighted. You could see it in everyone's faces at the end of the day and coming into the village was unbelievable. 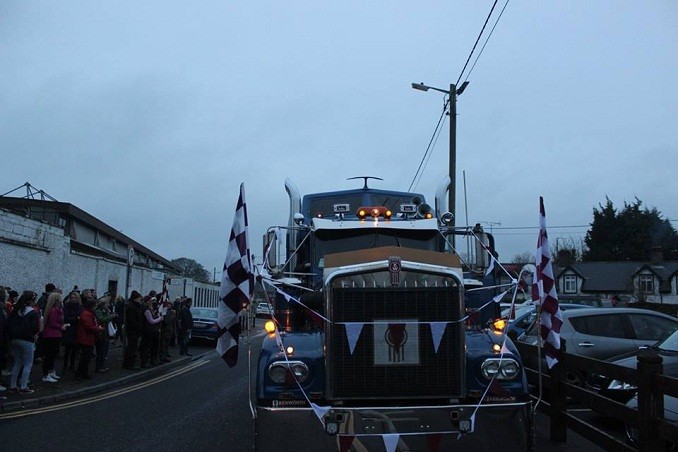 “One of the lads’ dad has a big American truck and he was mad to get us all on it at some stage. So just coming into the village, and coming around the corner, and seeing everybody in the village out there, I've never seen so many people there. To have it celebrated in the village was just fantastic. His son James is on the team, he plays corner-back.”

Multyfarnham won the Tidy Towns competition in 1977 and now, 41 years on, they have a chance to become a national champion in an entirely difference discipline. As Wallace describes, the town is hopping at the thought of it.

“Forty years since that, it's the biggest thing to happen since then! It's crazy. The flags and the posters haven't come down since maybe September or something like that. Anyone you meet, they want to chat to you about the semi-final coming up and how unbelievable is to still be going at this time of the year.

“When we got to the semi-final, everyone was talking about how were only 60 minutes away from Croke Park.

“There are posters up on the motorway saying ‘we're only 60 minutes away from Croker’ but you want to make sure people keep their feet on the ground.

“The semi-final is going to be an unbelievably tough game to get out of alive.”