Barry O'Driscoll: I shut down when I got injured

The Nemo Rangers star suffered a horrible ankle injury against Clonmel in late 2015, and was laid up long enough for it to take a mental toll.

He’s had plenty of small injuries down through the years, and thankfully is in good shape heading into the AIB All-Ireland semi-final clash with Slaughtneil, and those soft knocks were never the issue.

Although O’Driscoll laughs when asked how he dealt with that major ankle issue, there’s an unmistaken grimace bubbling underneath as the pain is revisited. “I just completely shut down at the time, and I just completely forgot about football for a couple of months.

“I was thinking there's no point thinking about it because I wasn't going to be there for a period of time. I just went away and did whatever, played computer games, hang around with your friends, and then that's probably important too. You're wasting energy thinking about something you have no control over, so you might as well just depart from it for a while.

“That happened me in November (2015) and I didn't get back to playing until August or September, so maybe 10 months. I couldn't really have that so I was just sitting on the couch for 12 weeks with the foot up, nothing. Deliveroo and Netflix and PlayStation, my three best friends! Metal Gear Solid and Call of Duty.”

Accepting that you will be out for a while is often as tough as the injury itself. The mental toll often compounds an ailment, and can be hard to move on from.

In the past, the Cork senior player admits he would get impatient and try to rush himself back into action. With experience comes maturity, while his managers at different levels now keep a closer watch “because they know I'll do the clown with it”.

“I wouldn't have much of a problem with the small injuries but it took me a while to get past the ankle when I was ordered after surgery,” O’Driscoll admits. “With the small injuries it’s a quick enough timeline, where you can start doing stuff pretty quickly which helps. With the ankle, the fact that you're just sitting there doing nothing, that was tough. But again, fellas have had it worse than me so it puts it in a bit of perspective.” 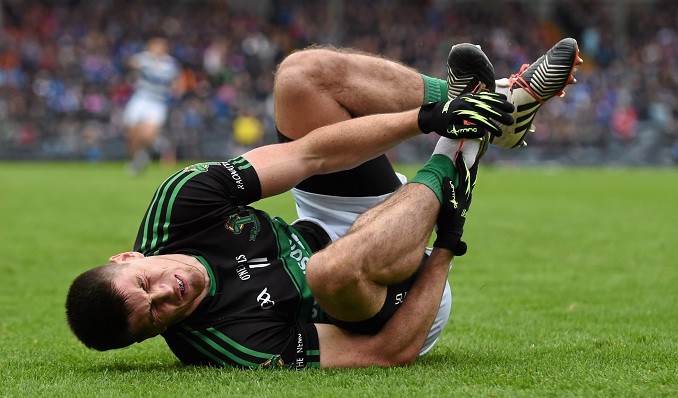 When reminded of their Munster defeat to Clonmel Commercial a couple of seasons ago, O’Driscoll grins, approving in jest of the reminder. To beat Dr Crokes in December was redemption of sorts, particularly as the Kingdom champs were hot favourites — and old rivalries play their part too.

“Yeah because Cork football wasn't where it should be, in my opinion anyway. So there was that element of it too where was Kerry versus Cork again. So it was important that side of it too I think. Not just for our own club but for other people around the county who would have been happy to see Nemo win in that scenario, because it is Cork versus Kerry when you come down to it in the Munster final.”

It’s a decade since O’Driscoll’s brigade made an AIB All-Ireland club final, and you have to go back 15 for their last final win. Slaughtneil, who were in pole position to win the Andy Merrigan Cup last year until they had a man dismissed, now stand in their way.

“Their club is extremely impressive, and I was trying to find out a bit about them but what can you say. A club that can go into both codes to this stage of the year two years in a row, you're left scratching your head a bit. What are they doing compared to other clubs?

“They'll be a different outfit for us to come up against again because of their style of play, and they must be extremely fit to be where they are, and they must have good football on top of it as well. So we won't be taking them for granted at all.

“I’m extremely excited and been waiting a long time since our last game. I just really want it to come now and now it really starts to gear up.

“You go back in January, do a full month of training, and then you hit February and you're still waiting for the 24th. Now at least we can start zoning in on the game and start fine-tuning things, so it's great.”