David Collins making up for that missed Celtic Cross

Sometimes, it's the small things in life that make a big difference. David Collins is a man of habit. Every morning at7am, you'll find him in the sea in Blackrock, on the Salthill waterfront.

He's been doing it for 11 years now and wouldn'twant to start his day any other way. It's a routine that benefits the mind as much as the body.

"I still swim every morning at Blackrock," Collins says. "I don't think it's fantastic for the body because of the shock it gives you, but I think it's great for the head. It gives me great space.

"You go out and all you can think about is just staying alive because all you're trying to do is just breathe, as the water is so cold.

"I think it's in around six or seven degrees at the moment. After a good, hard session with Liam Mellows, I nearly need to get to the sea to clear my head and get the body back to normal.

"I find it a great routine. There's great comradery down there with older people. In the mornings I might meet five or six regulars, a bit of chat and craic, go to work then and that's it. It's a greatstart to the day."

He's a keen cyclist too, and clocks between 50km and 60km on the bike every week.

"Cycling is easier on the body. I was told before that it's counterproductive to fast twitch fibres. At the end of it, I want to be able to maintain my body and stay playing hurling for a lot longer.

"I want to keep going for another few years at club level. I'm enjoying the game now. The cycling just helps with your legs, hamstrings and quads. And it just keeps me fit. That, the rowing machine and gym sessions I love. A bit of torture for a 5km row is no harm at all."

Collins wasn't always built this way. He hit a low point as a 23-year-old Galway player, a stage in his career when his identity was completely wrapped up in being an inter-county hurler. 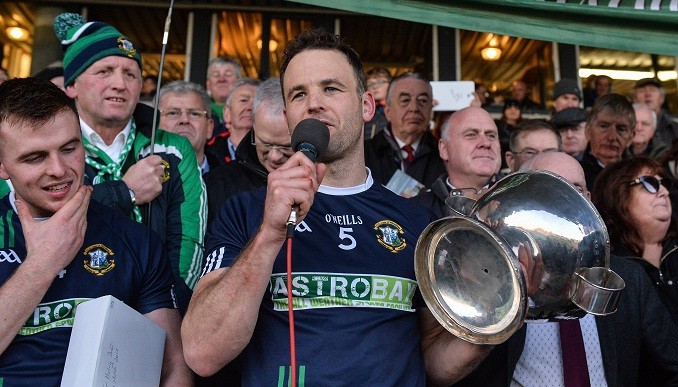 His life was rocked when he suffered a serious injury during an inter-provincial game in late 2007, where he completely dislocated his ankle after getting his studs stuck in the Croke Park turf.

Collins saw two consultants who told him he was unlikely to ever hurl again. Eventually a third, Stephen Kearns, offered him a glimmer of hope.

"Stephen told me, 'We can get you back to 85 or 90%.' I said, 'Let's do that.' He gave me my best hope and he operated. Touch wood I haven't had any trouble with it since. He's done a fantastic job on it. Then again, it's all down to conditioning and rehab.

"The best advice I got was to go to the sea, walk in the sea and get the swelling down. Ever since then I've been swimming and cycling since the injury because it really was the saving grace for me to not go over the edge and being fully, completely useless.

"It was like, 'How can I refocus my energies on something else and get back on the bike?' I could run straight lines in 2008. I could do that, cycle and swim. And that's what I did. It got me back on the bandwagon."

Spending time out of the game gave him perspective on what's important in life.

"I had a tough few months but it was more of a tough few sporting months where you weren't able to go back hurling. You were thinking, 'Where am I going to go back where if I don't have hurling?'

"It was a defining moment in my career when I learned that there's more to life than hurling and sport. I was never really in such a bad place that I was thinking of anything other than, 'Right, what do I do next? Where's my career going?'"

He retired from inter-county duty with Galway a year before they delivered a first All-Ireland title since 1988, but throwing his lot in with Liam Mellows hasprovided a welcome distraction.

A first Galway SHC title since 1970 helped make up for missing out on a Celtic Cross.

"I've been reading a few articles from players that have retired and nearly went into depression mode where they found it hard (to adjust)," Collins adds.

"I haven't got that chance yet. The whole set-up was like an inter-county set-up. It was incredible what (Louis) Mulqueen brought to the club. He came in on his own but he brought all the team that was there beforehand and really divvied out the responsibility and brought it to a whole new level.

"For me, I was coming into that comfort zone of, 'Right, this is inter-county training. I'm used to this.'" 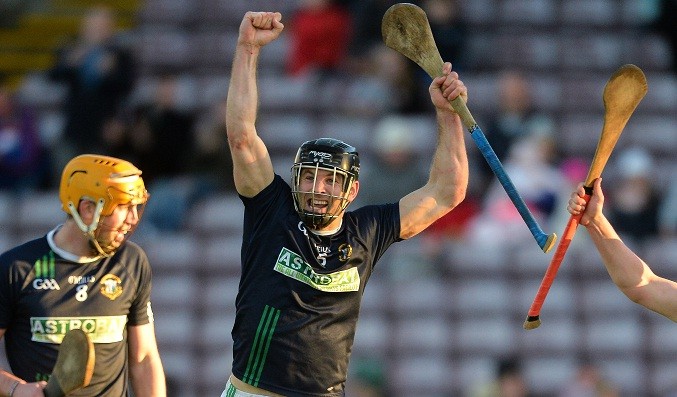 Reigning All-Ireland champions Cuala provide the opposition for Mellows in the last four in Thurles on Saturday night. Excitement levels have reached fever-pitch in the Galway city club.

"If I look back to my inter-county career, you're used to getting up for big games and the preparation side of it. At club level it's different. There's a certain amount of excitement to it because it's new territory for us. It's exciting for the supporters too.

"At Mellows training the last day I think there were 20 or 30 people at it. I've never seen that in my life at Mellows. There's a great buzz. It's a different reality to what I was used to before. I'm enjoying it."

Collins's 34th birthday lands on St Patrick's Day. He couldn't imagine a better way to celebrate it than running out in Croke Park on All-Ireland final day alongside his Liam Mellows teammates.