There has been a good deal of symmetry between the success enjoyed by Limerick city club Na Piarsaigh and local secondary school Ardscoil Rís over the last decade.

Although initially seen as a rugby school, Ardscoil have been central to hurling gaining popularity from the oval ball in the north side of the city. They made a major breakthrough in 2010, when a team featuring Shane Dowling and Kevin Downes and Alan Dempsey annexed their first ever Harty Cup title.

A year later that trio were central figures as Na Piarsaigh lifted the first Limerick SHC crown in the club's history. After receiving the trophy on that cold October afternoon at the Gaelic Grounds, Na Piarsaigh captain Kieran Bermingham declared that "the famine is over."

It's been a feast since then for Na Piarsaigh, who won three more county titles, four Munster crowns and the All-Ireland in 2016. Ardscoil, meanwhile, have lifted four Harty Cups in the last seven years and young hurlers continue to roll off the production line in the Limerick hurling nursery.

"The hurling took off in the past 10 or 12 years," says Na Piarsaigh forward David Dempsey, who was part of the Harty Cup-winning squad in 2011.

"We were seen as a rugby school and it was the main sport. They wanted to have a balance. They put huge underage structures with first-year tournaments and blitzes.

"They invited loads of 6th classes from all around the county and even Clare to come in and participate in these and show that hurling was being taken seriously in the school. It was trying to promote the best and lots of clubs around Limerick have benefited from the work that Ard Scoil have done.

"I wouldn't say that hurling has overtaken rugby but there's definitely an even balance there now whereas 10 or 12 years ago it was seen as mainly rugby.

"When I was in 1st year, Shane, my brother and Declan Hannon and their team would have won the first ever Dean Ryan, the first major hurling title the school ever won. That team progressed and won the Harty Cup.

"There's great work being done but other clubs like Patricks well and Adare are benefiting too. I suppose Na Parisaigh and Ardscoil are on each other's doorstep so we would have huge numbers playing with both school and club. They definitely work well together and both have been reaping the awards in the last few years."

Dempsey was a late developer and only made the Arscoil Harty Cup team outfield when he was in 6th year. The confidence he gained from that campaign saw him make the Limerick minor team for their Munster-winning campaign in the summer of 2013, before he broke onto the Na Piarsaigh senior team later that year. 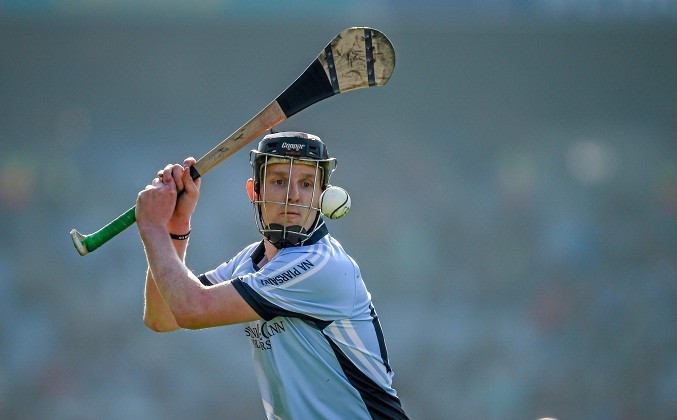 "I was actually in goals the whole way up. I was sub goalie for the Harty Cup winning team in 2011 and I started in goals the next year when I was in 5th year. It was only in 6th year when I played outfield. We lost two extra-time replays in 5th and 6th year.

"Brian Ryan was over the Limerick minors and brought me in after the Harty Cup campaign with Ard Scoil in 2013. When we won Munster in 2013 we were big underdogs away against Tipperary in the semi-final. They won the All-Ireland the year previous so that was a big scalp beating them in Thurles and our summer opened up.

"I was starting that year and it just went from there. You kind of grow into yourself and people need time to develop. As aminor I started gaining confidence and your body starts maturing. Then I broke onto the Na Piarsaigh team. We won the county and I was starting. Myself and Mike Casey were the two from my age that were starting on the team."

Dempsey recalls sitting Gaelic Grounds as a 14-year-oldnine yearsago,when Na Piarsaigh's first ever Limerick SHC Final appearance was a forgettable one. It's been some journey since then.

"I remember being in the stands that day and it was an awful hammering," he says of the heavy 1-17 to 0-3 defeat to Adare.

"We've a core group of players there from 18 to 25 or 26 that have been really successful for the last six or seven years. We're all at a good age and we're looking to keep driving forward."

Slaughtneil provide the opposition in Saturday's All-Ireland club semi-final, and the difference between the city club and the rural outfit is not lost on Dempsey.

"In recent years the hurling has been a huge benefit to our local area. It's a big club with a big population.There's a lot more togetherness and tightness in the area over the last few years but that's down to a lot of the success we've had with the hurling, which is pretty good.

"It is a big population but the tightness wouldn't be like what you'd have in a rural area like Slaughtneil. They'd know everyone in every house. With us, we wouldn't but we're still very close and we still have that tight-knit GAA community."